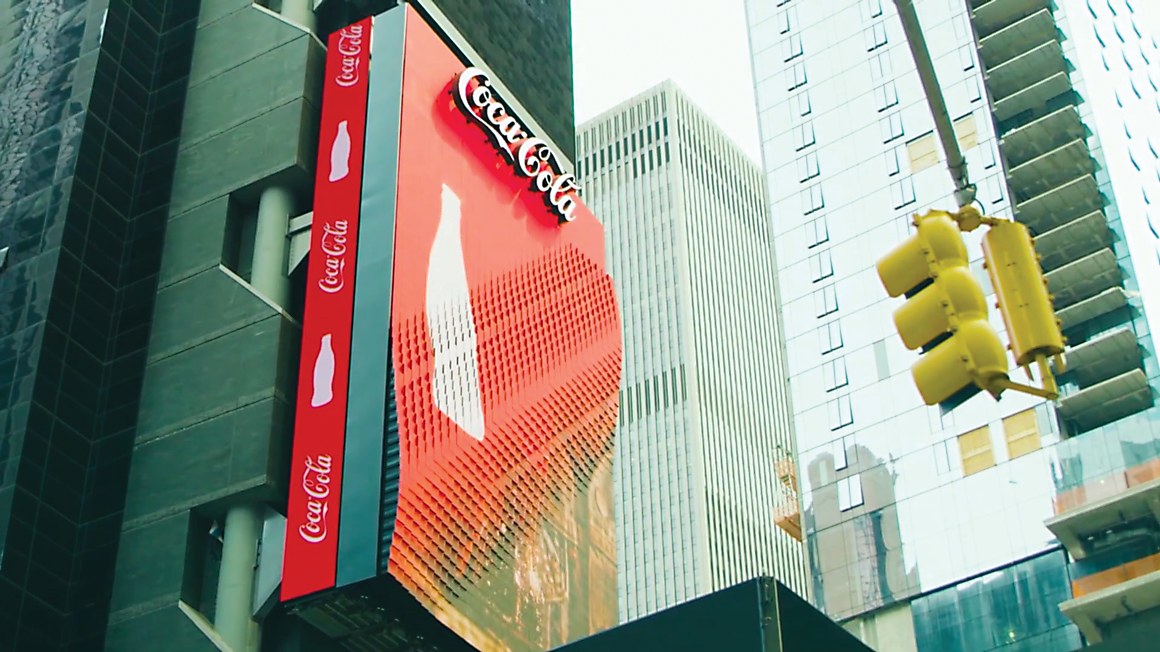 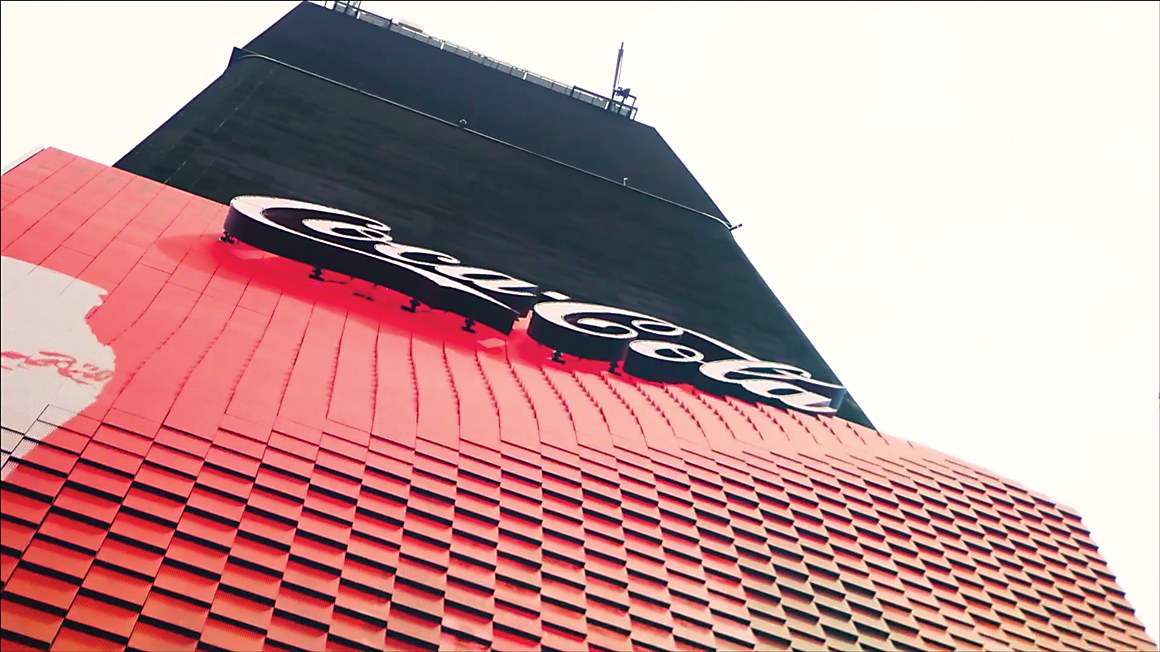 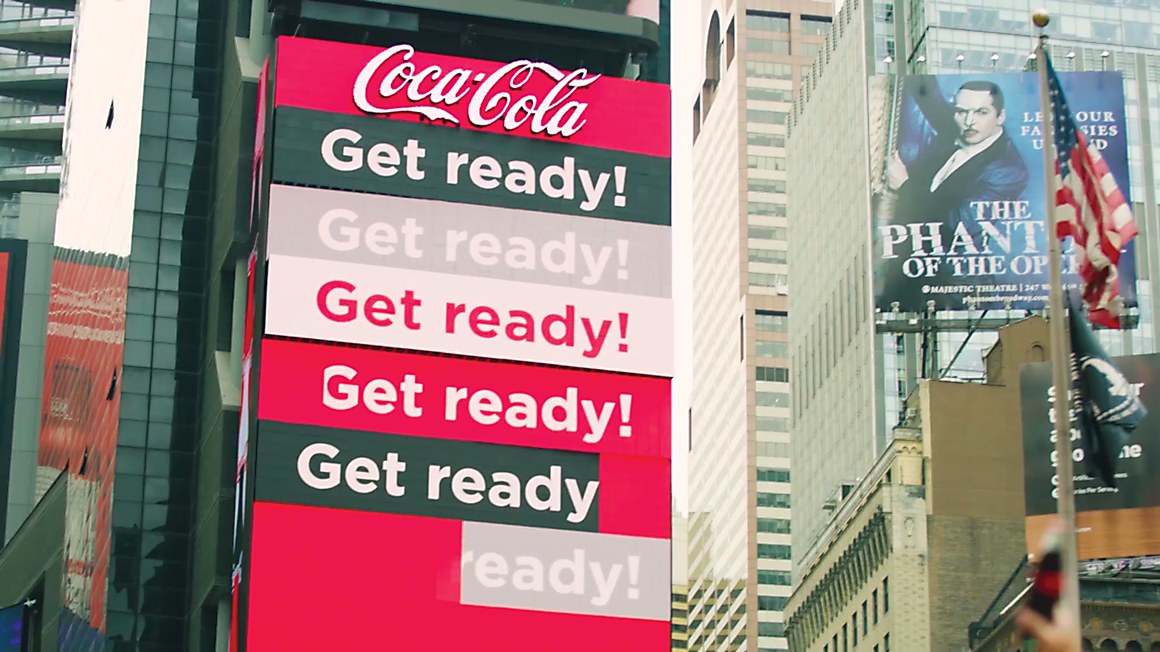 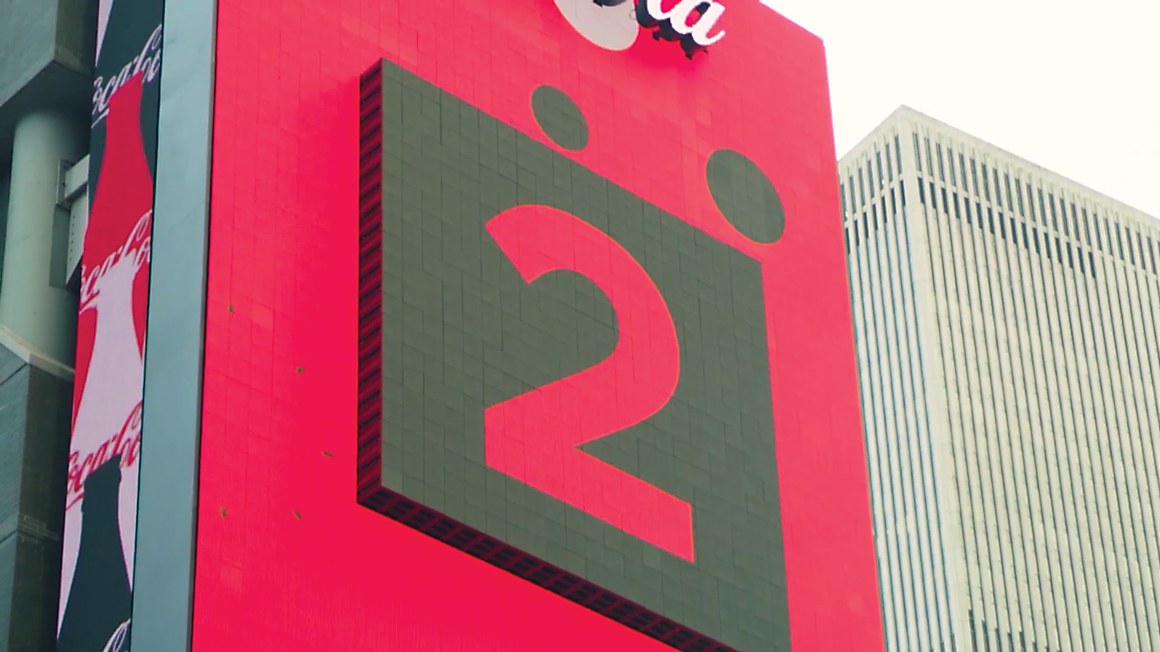 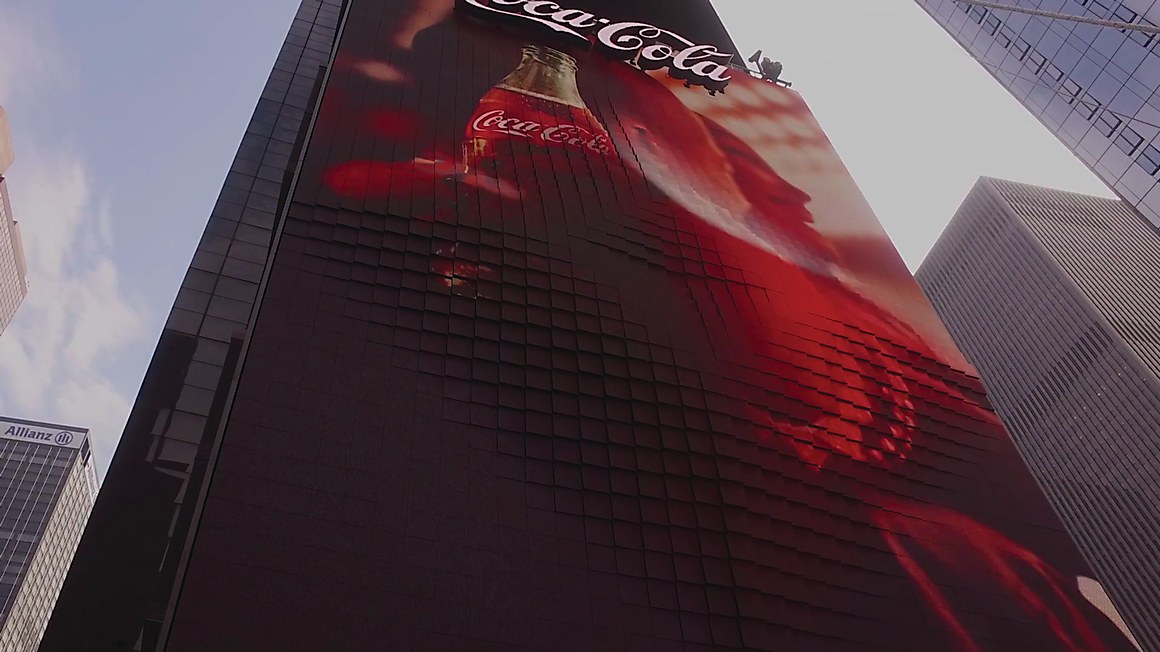 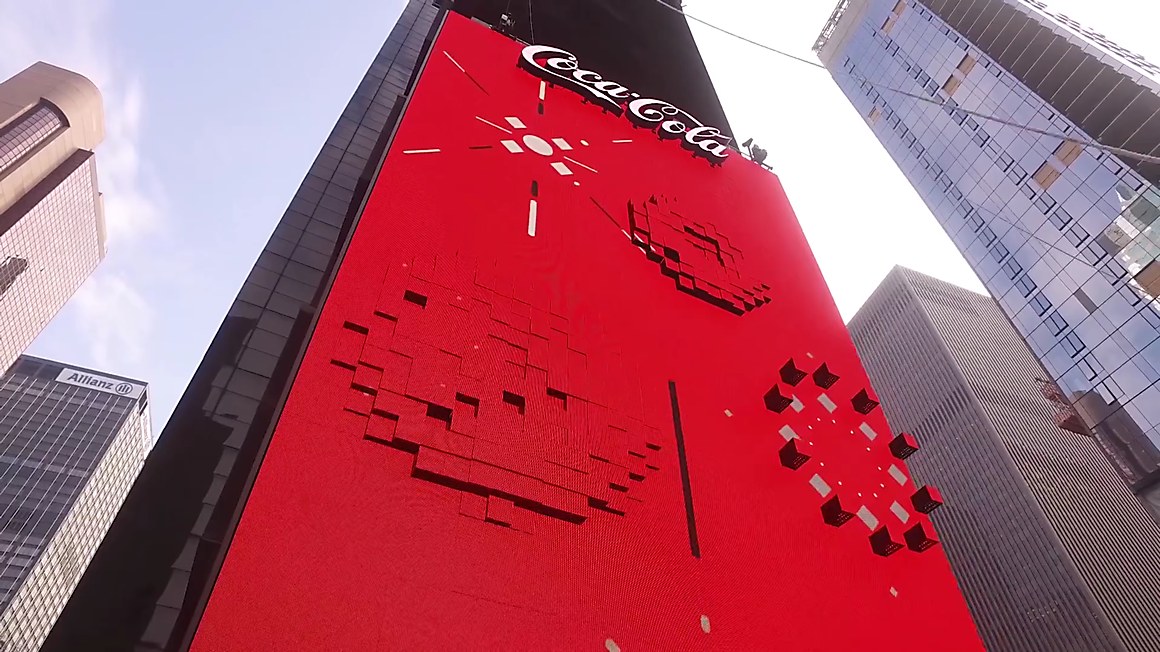 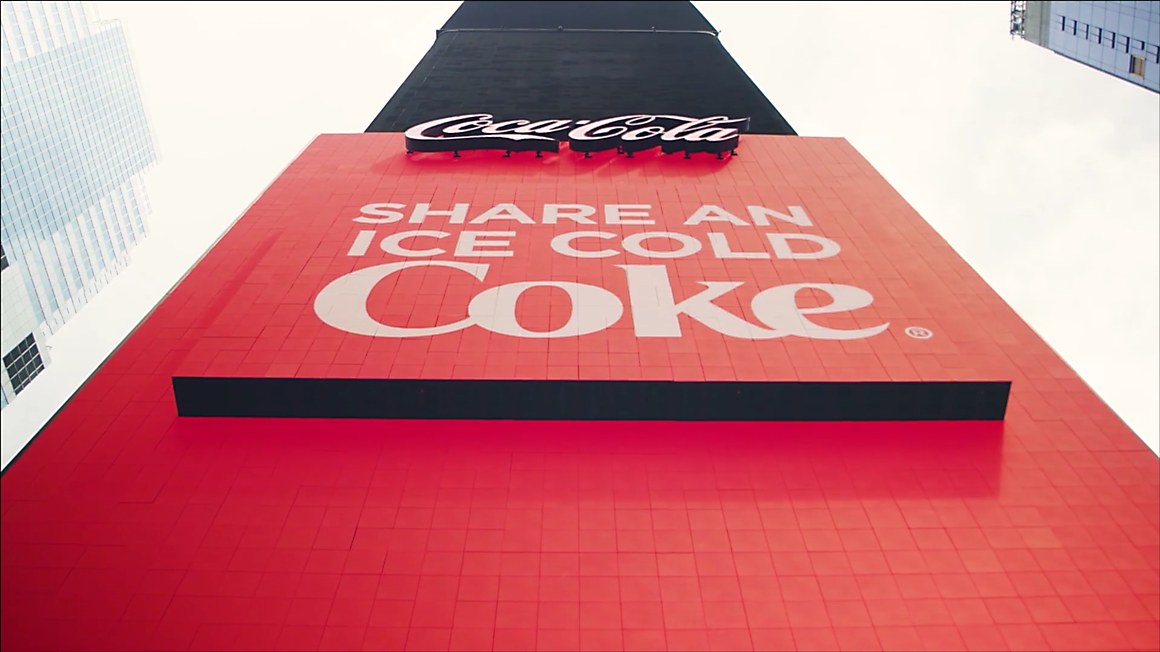 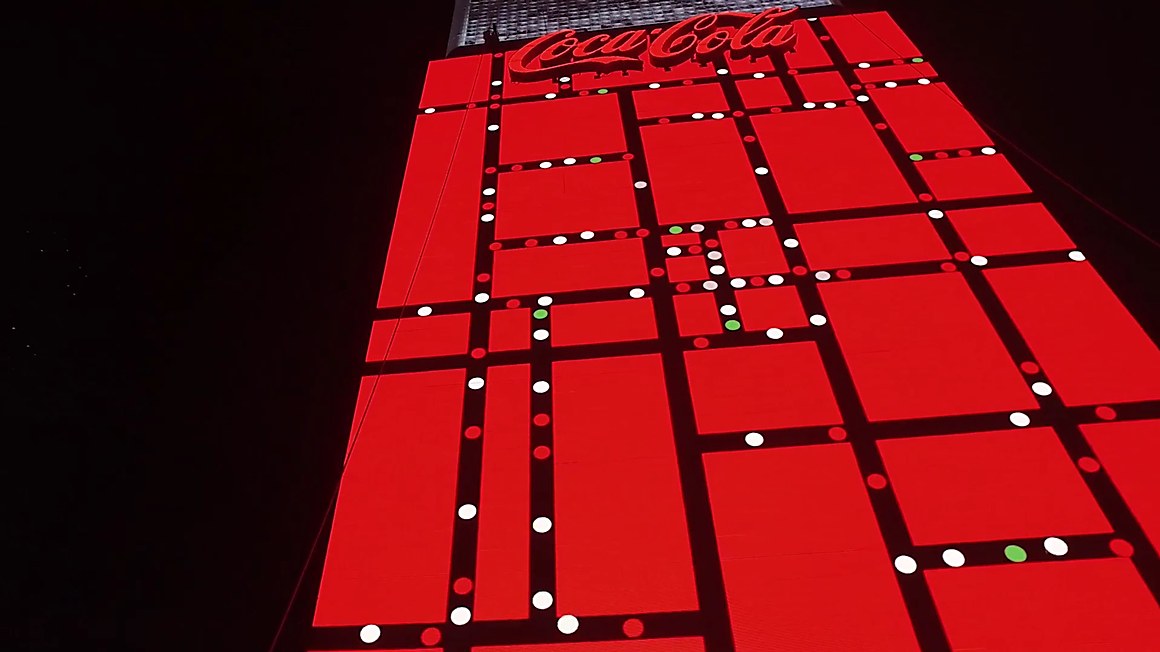 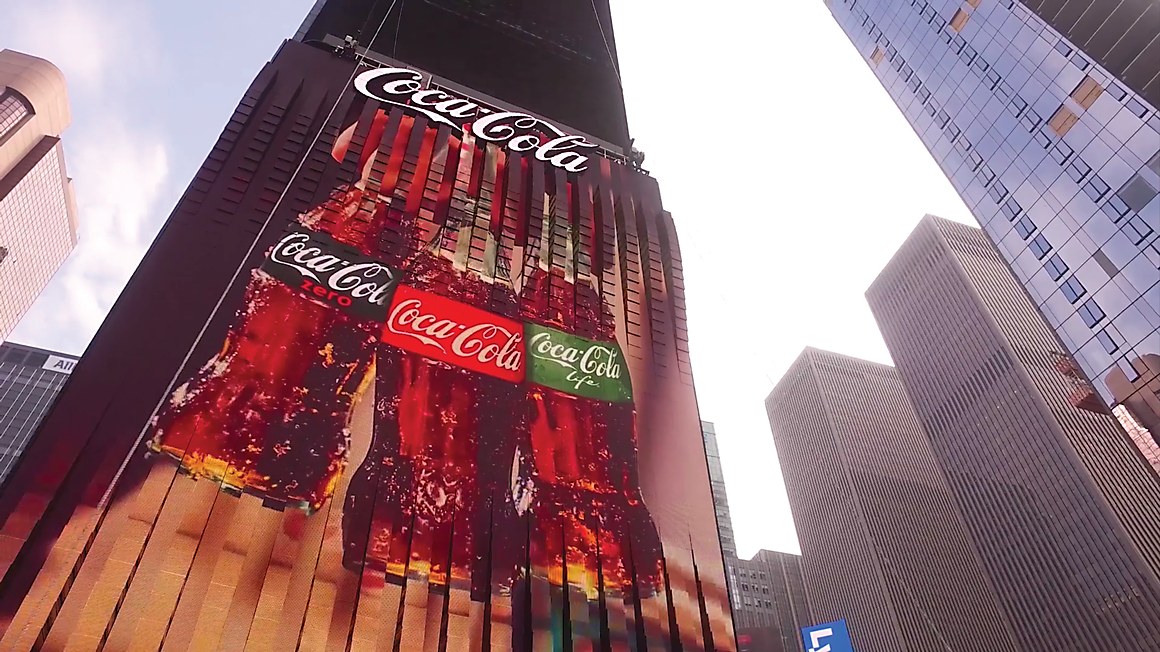 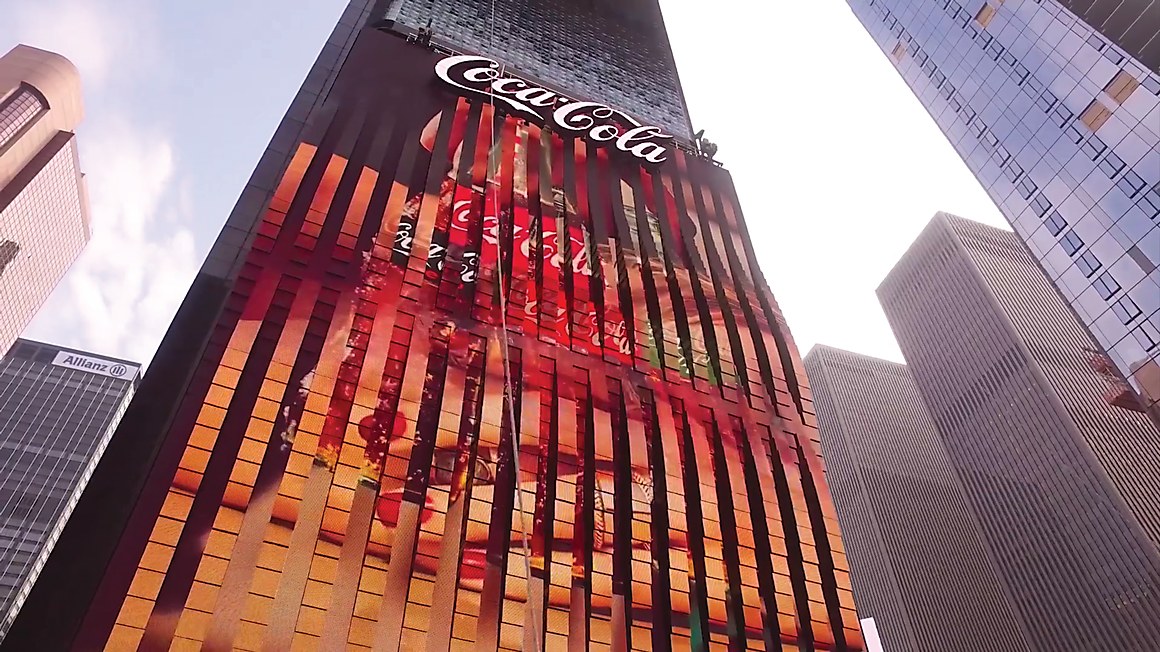 “The robotic billboard is truly impressive, but what spoke to me was the thoughtful orchestration of creative content across the individual tile modules.” —juror Jason White

“The digital transcends the screen and becomes a 3-D physical—and almost sensorial—effect. It’s as if the liquid is alive on the billboard and will over flow. It’s as if the curves of the logo shape into a 3-D bottle.” —juror Fanny Krivoy

Overview: In 1920, Coca-Cola debuted its first Times Square sign. Fast forward to August 2017, when the brand introduced a Times Square sign that moves. Concepted by Minneapolis-based digital ad agency space150, the 42-by-68-foot billboard features 1,760 independent, computerized LED modules that seamlessly extend and retract, bringing dimension, shape and motion to out-of-home advertising. Introducing the world’s first and largest 3-D robotic billboard—one that’s sure to grab the attention of even the most blasé New Yorker.

• The billboard was created and fabricated by Coca-Cola’s engineering, information technology and marketing teams, with help from space150 and other partners.
• The LED modules are individually programmable.
• The billboard is designed to withstand the elements—rain, snow, sleet—and even has its own weather station.

Comments by Mickey Nelson, director of public relations, space150:
From concept to completion, how long did the project take to produce? “The billboard was custom built from the ground up and refined over the last five years. This has included multiple working prototypes with various arrays of LED modules to allow for rigorous testing and iteration in order to ensure that the hardware, software and visual integrity of the sign would come to life. This also included content exploration and optimization at each iteration and evolution. In fact, for the last year, a smaller working test sign made up of 150 modules has been running continuously in Colorado.”

What software, back-end technology and programming languages were used? “Whereas previous billboards for the brand required creative assets designed specifically for them, the new billboard takes a more collaborative and innovative approach. We developed APT (agency preview tool), a custom software platform for the sign, to allow for 3-D simulation and enable the brand to easily preview, modify and export content for playback on the Times Square sign. This makes it simple for any creative partner to create beautiful motion and shape on the billboard.”

Are there any other technical features you’d like to call attention to? “The system only requires two content files, one of which is the visual; the other informs the position of each module. Once content is uploaded, the software communicates to individual modules and executes the motion algorithmically to ensure the most fluid sign motion and optimal design aesthetic. Agency space150 designed the software to be user friendly; extensive software development, programming and design knowledge are not required to upload new content.”