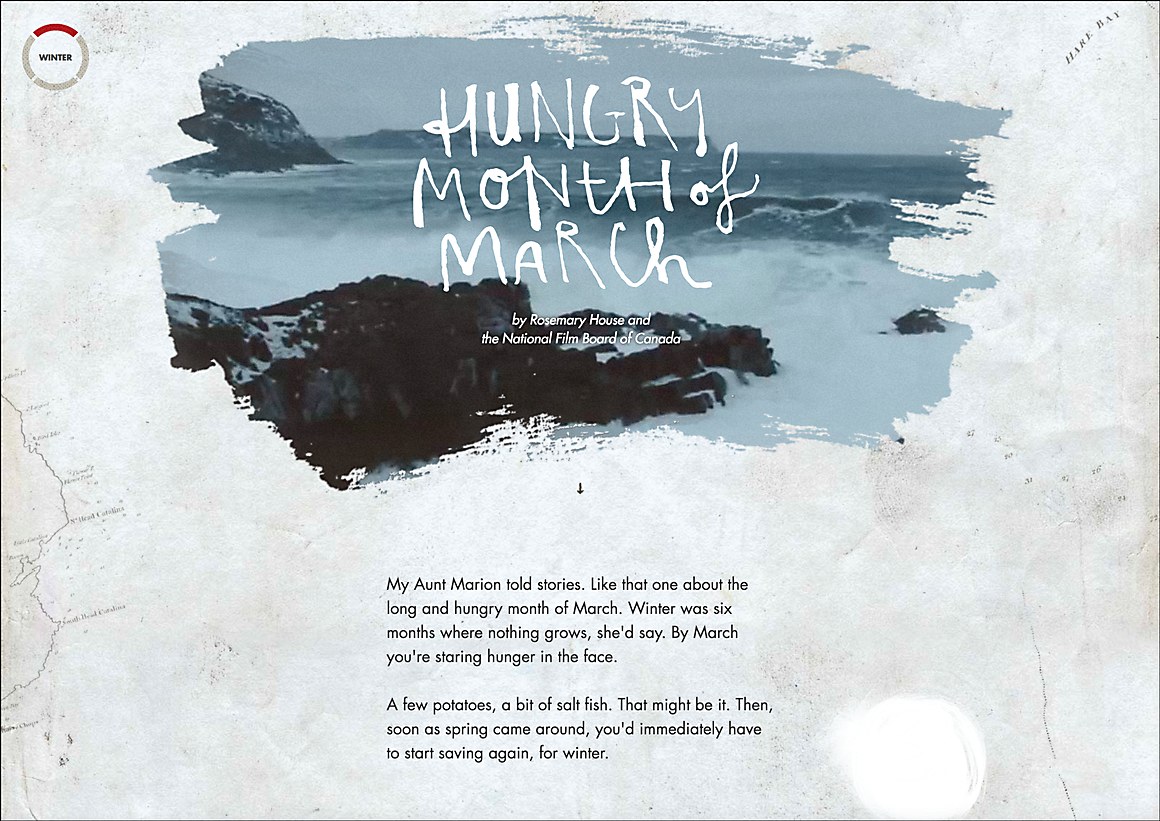 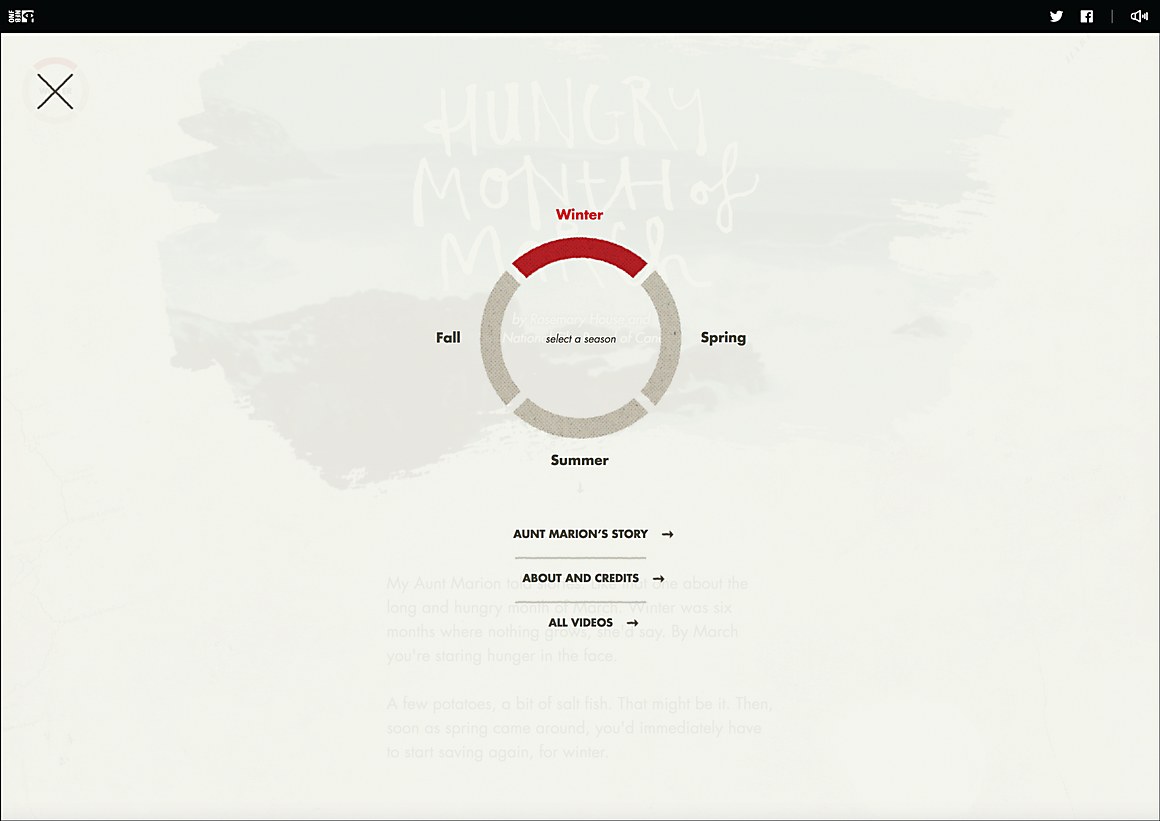 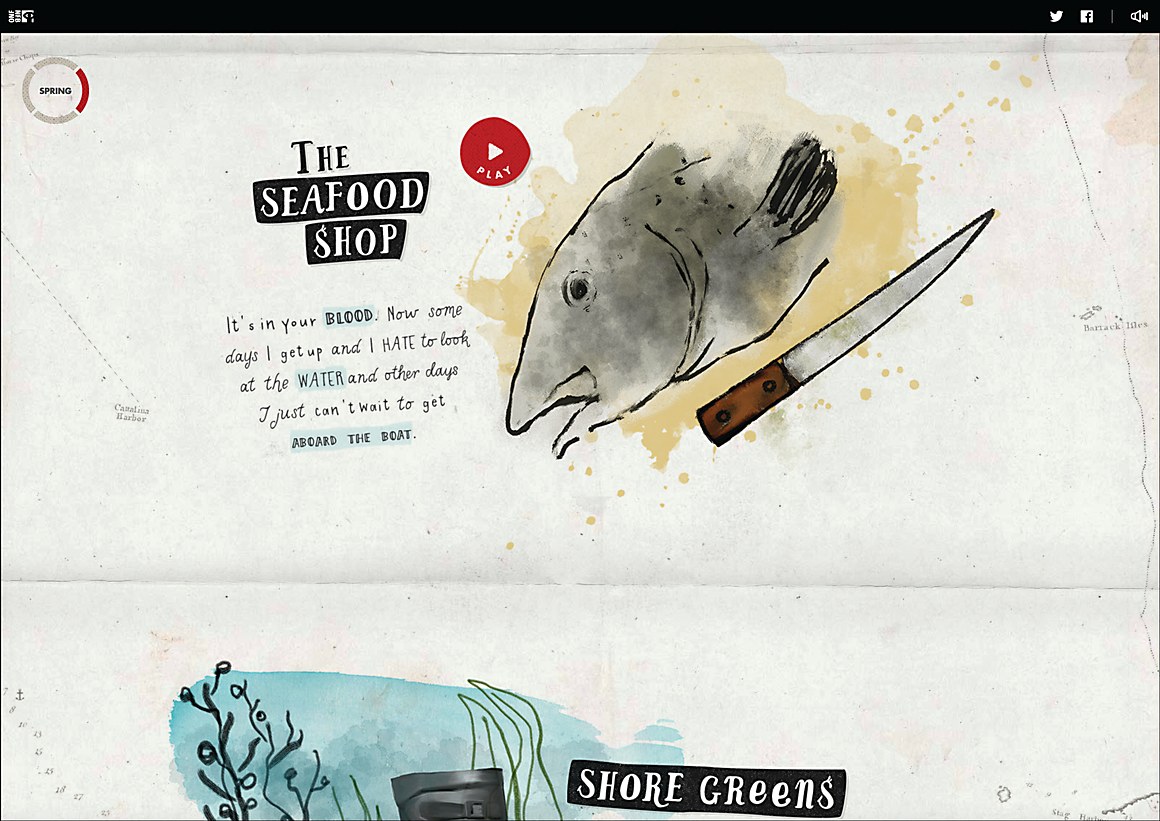 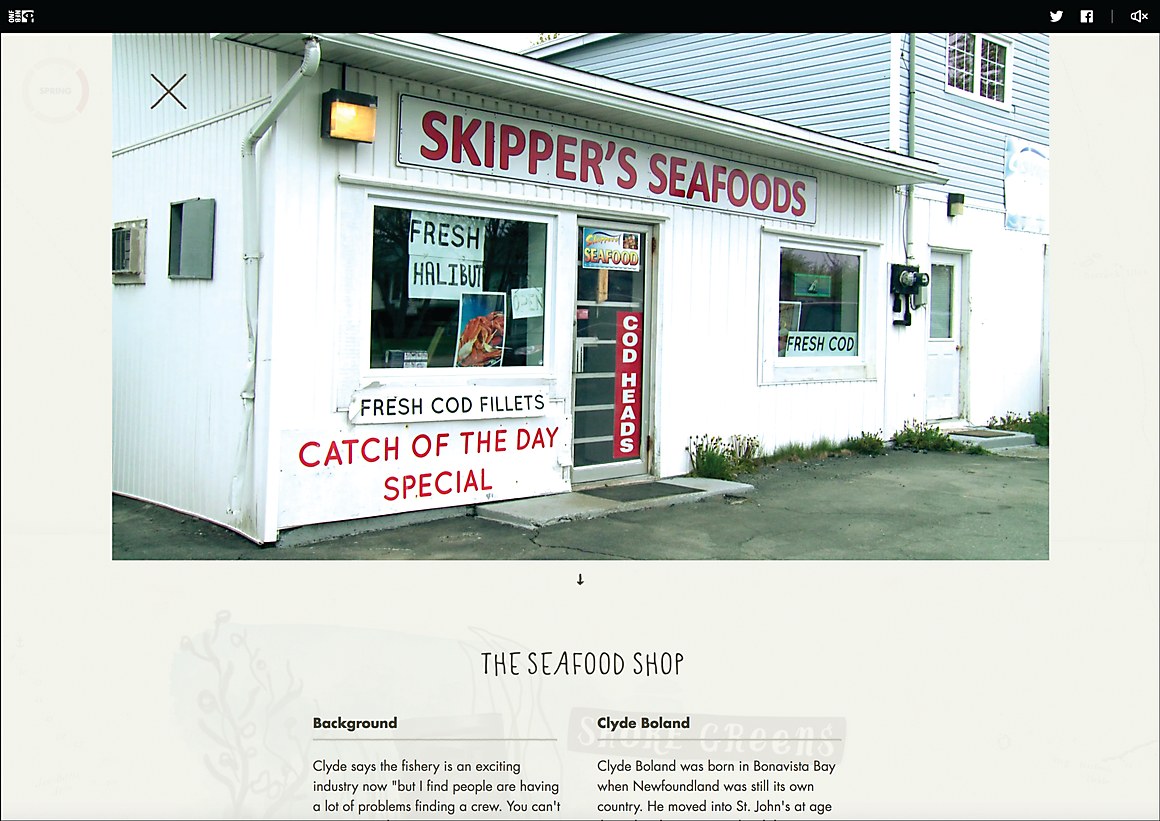 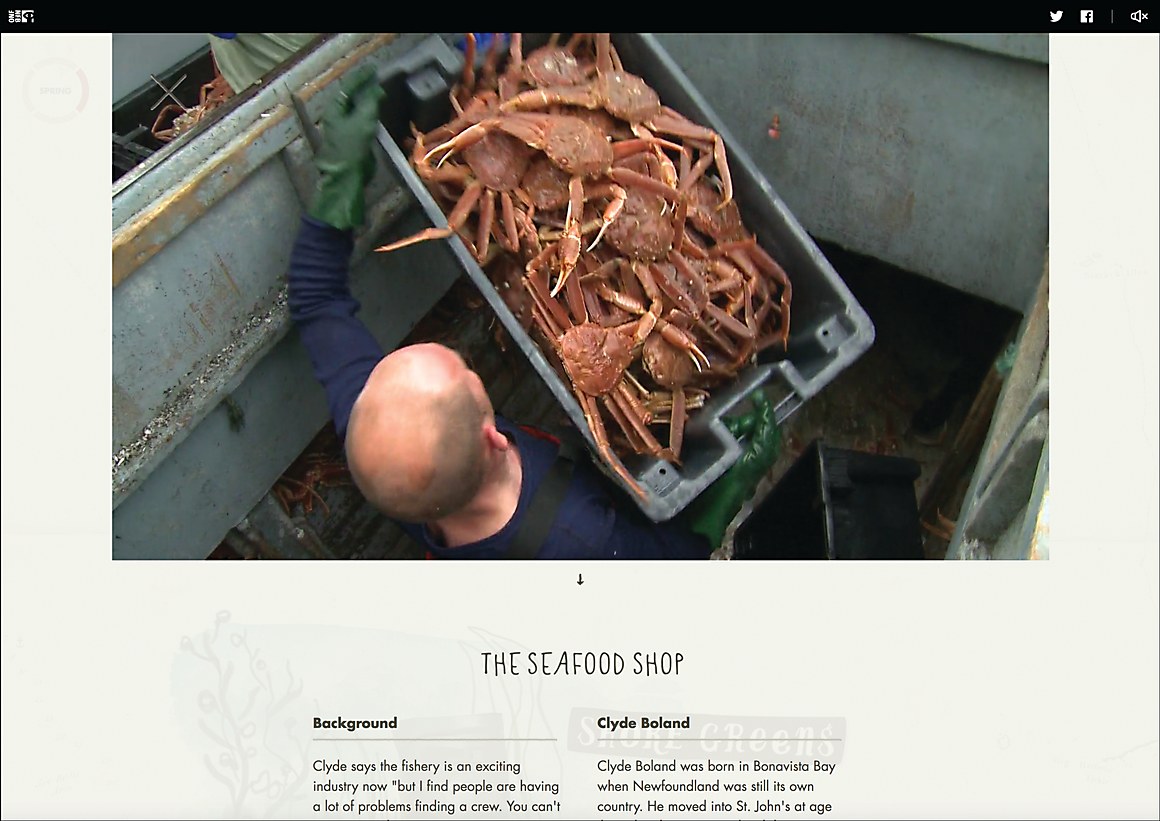 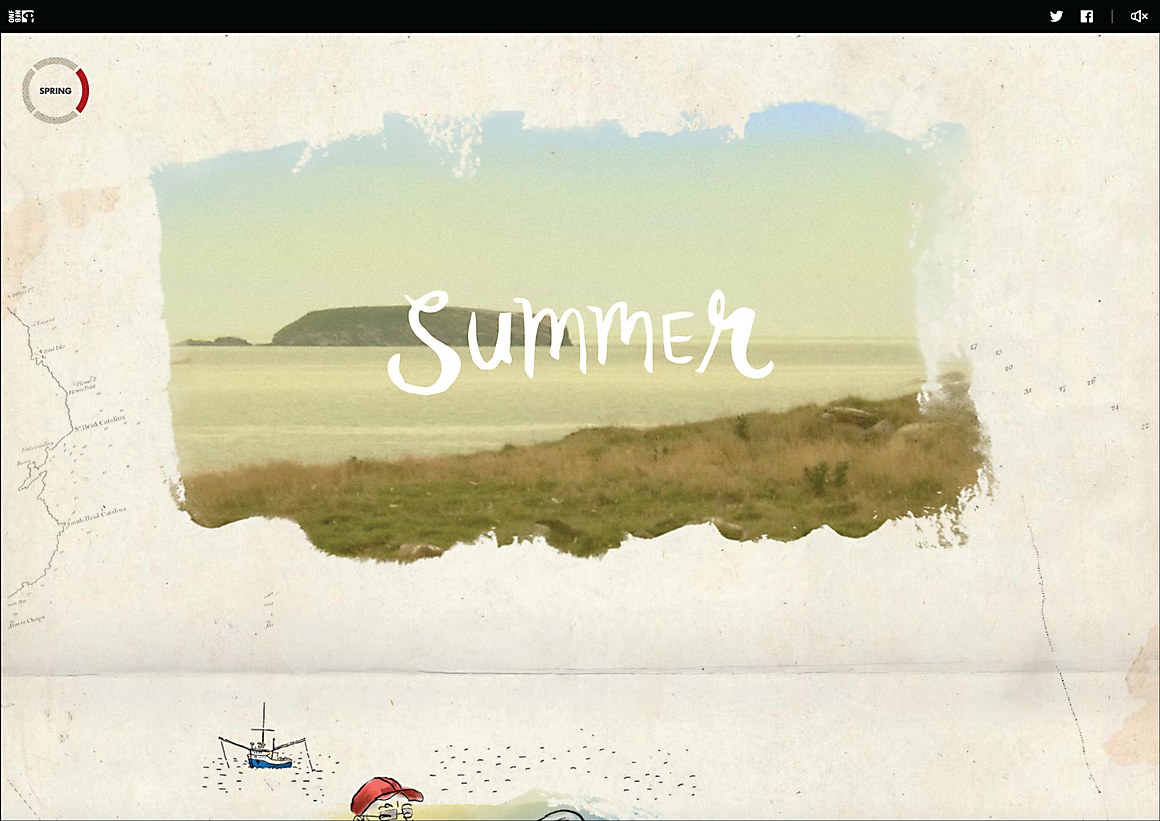 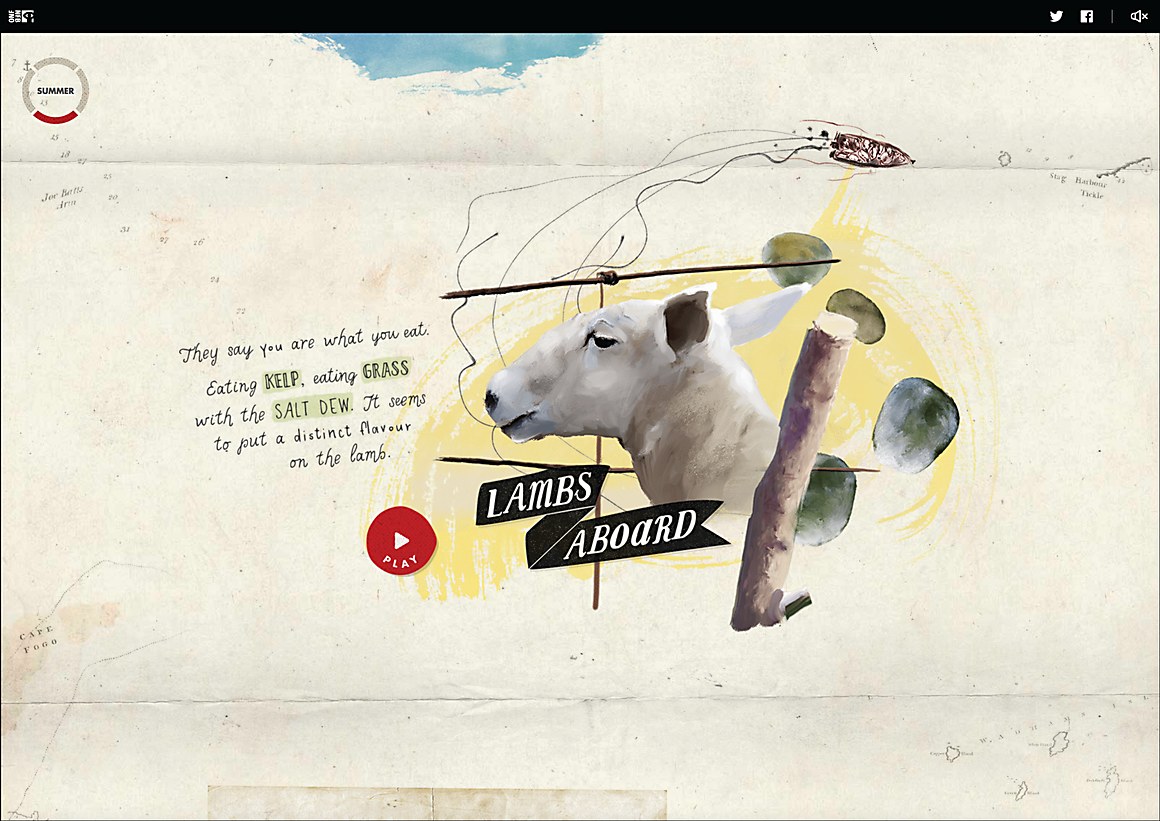 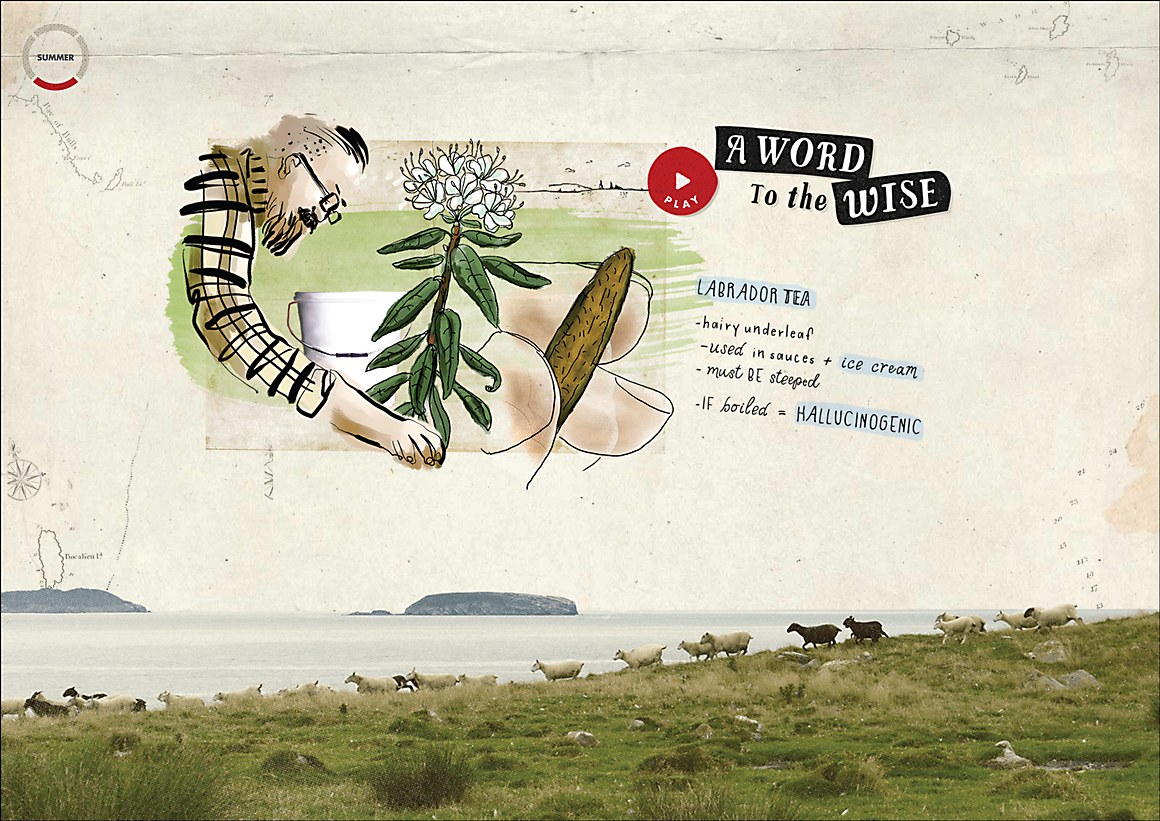 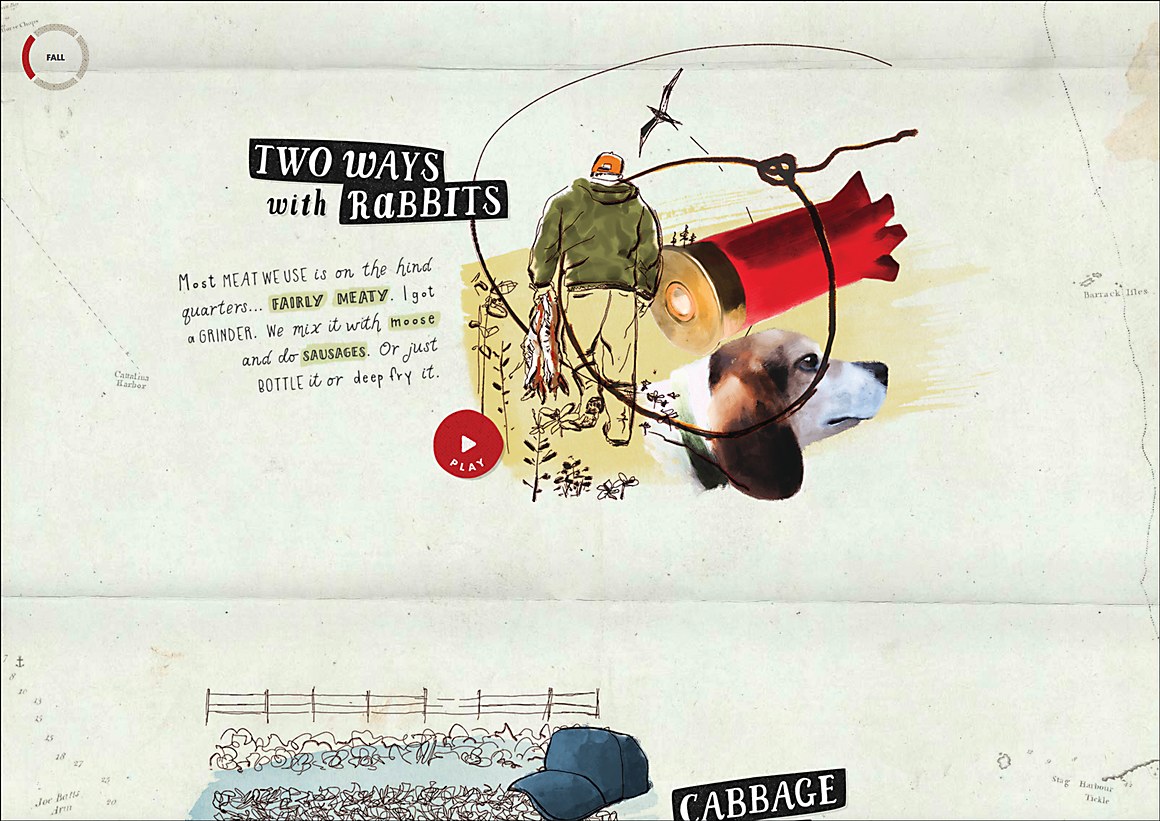 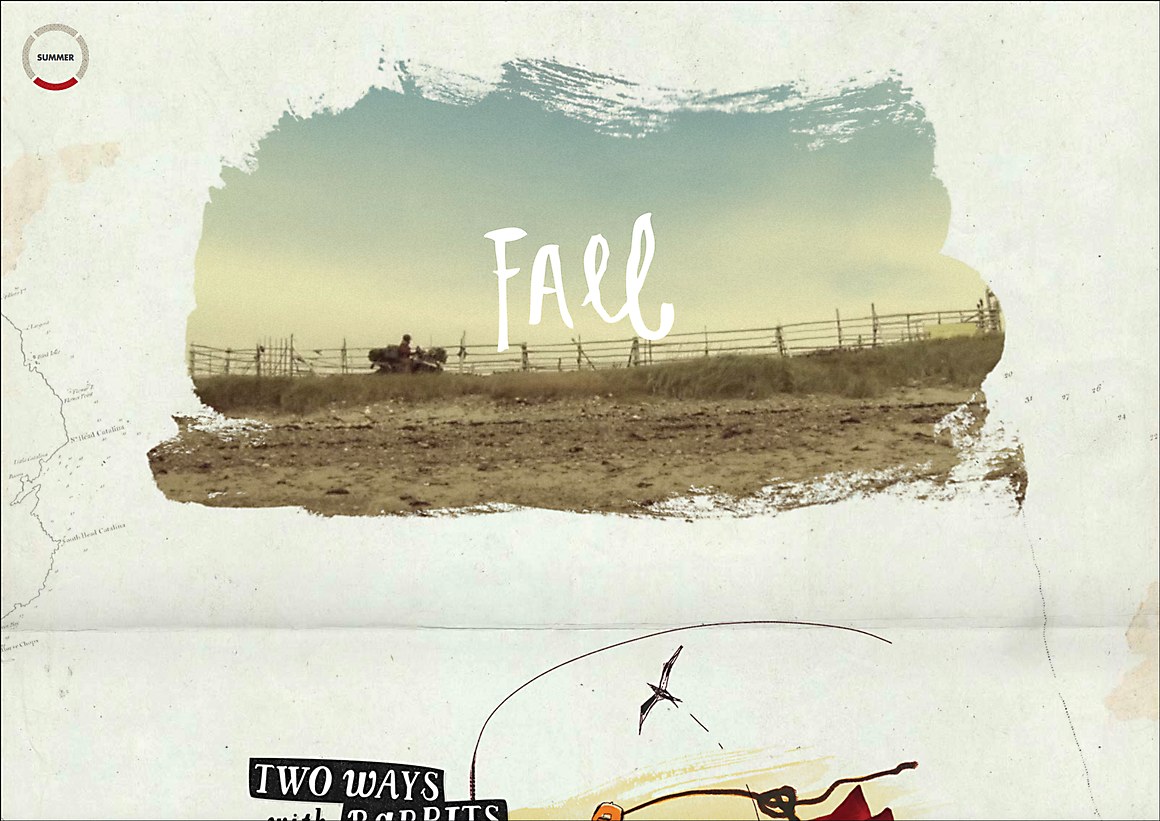 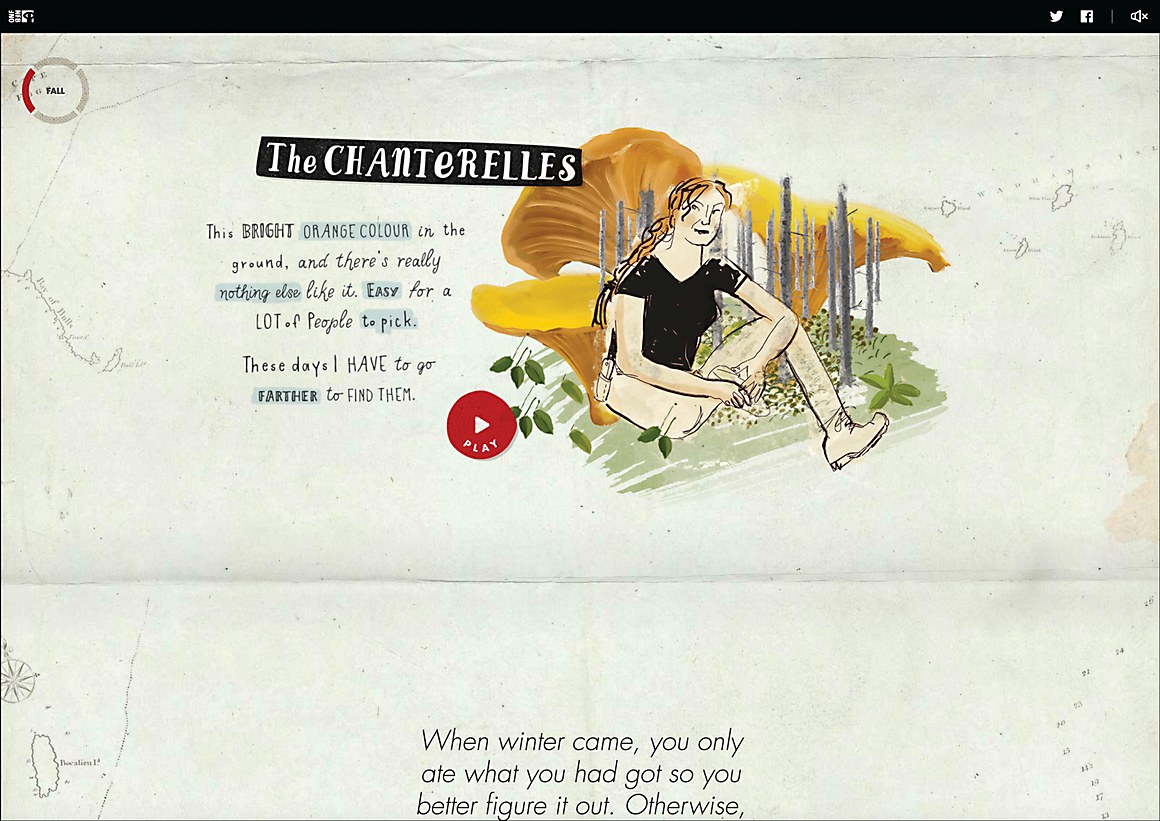 “I appreciated the appropriately simple and straightforward interaction design, which melted into the background of enticing illustrations and the incredible documentary video series. This goes to show that less is sometimes more, and good interaction design sometimes means letting the content take center stage.” —juror Erika Tarte

Overview: Though expressly and unabashedly a Newfoundland story, the Hungry Month of March site also taps into the global phenomenon of people maintaining and revitalizing time-honored food traditions like hunting, foraging, fishing, gardening, cellaring and preserving. Coproduced by Rock Island Productions and the National Film Board of Canada, the interactive video anthology follows the rhythm of the seasons. It features fourteen short profiles of ten suppliers who enjoy the abundance of spring and summer while preparing for the lean months of fall and winter.

• The interactive video anthology is a story about both food and people.
• The site features fourteen short videos of ten suppliers.
• The videos are marked by images whose handcrafted aesthetic evokes the homespun, rustic nature of the subject matter.

Comments by Nicholas Klassen, producer, National Film Board Digital Studio:
What was the thinking behind the navigational structure? “The site is organized in a linear fashion according to the seasons in order to mimic the actual rhythm of gathering and preparing food throughout the year. It starts with the sparseness of winter, moves into the abundance of spring and summer, and ends with fall. Additionally, users can also navigate through a conventional menu.”

What was the most challenging aspect of the project? “The local eating phenomenon in Newfoundland and Labrador is fueled by high-end chefs in the capital city of St. John’s who are reimagining the idea of haute cuisine in a remote and harsh northern landscape. The attention these chefs are receiving is well deserved, but we wanted to profile the grassroots efforts of the ordinary Newfoundlanders producing the food necessary for this culinary revival. It was a challenge to figure out what role haute cuisine should play in our story. In the end, the high-end restaurants and chefs in St. John’s are peripheral to our piece, mentioned mostly in passing.”

How did you approach the audience? “While it was essential that the people of Newfoundland and Labrador see themselves reflected in the piece, the subjects are also part of a global movement of farmers and chefs who are making use of local sources and maintaining yesterday’s culinary traditions. We wanted a piece that was not only specific to Newfoundland and Labrador, but also would resonate throughout North America and around the world.”