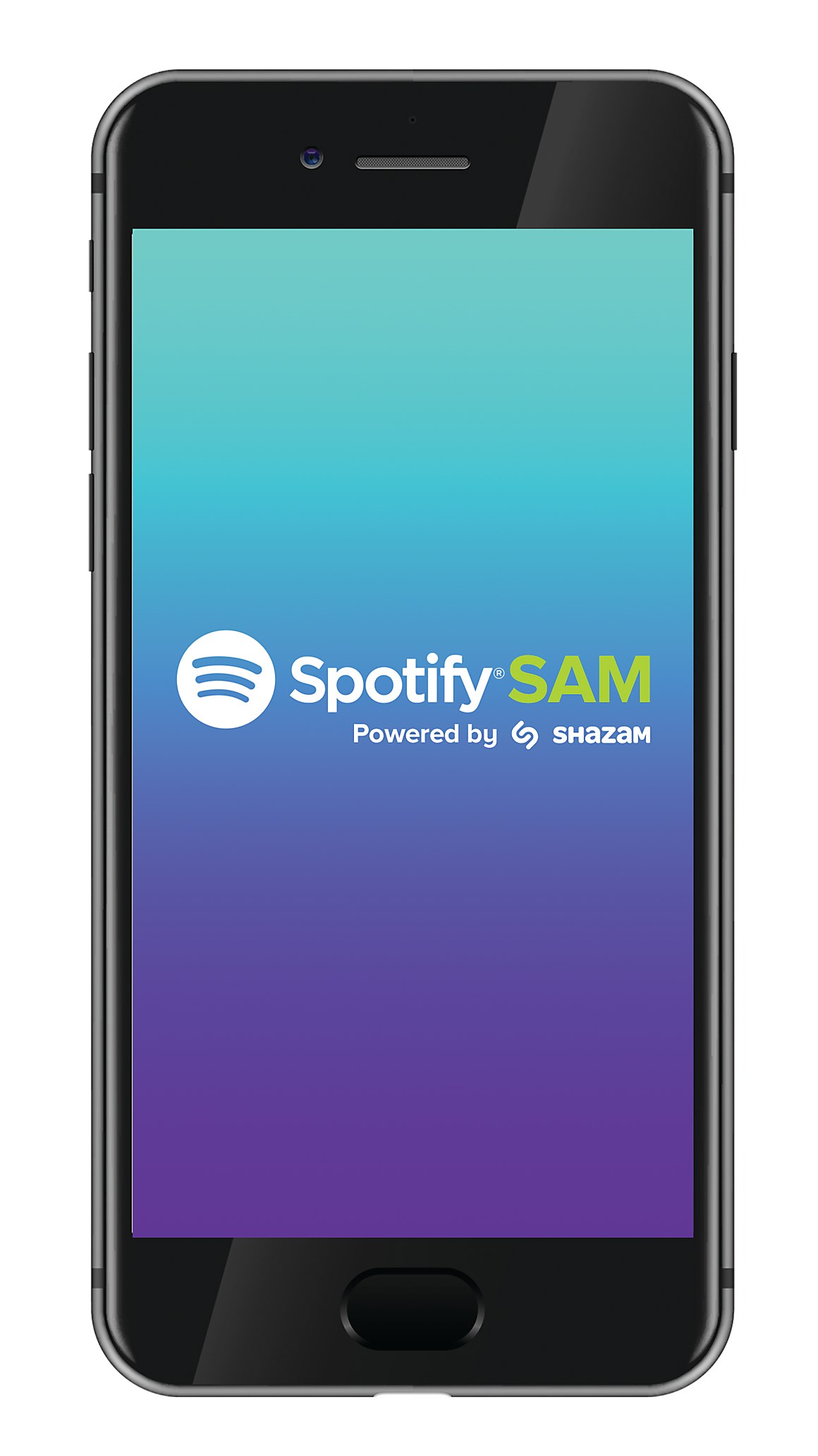 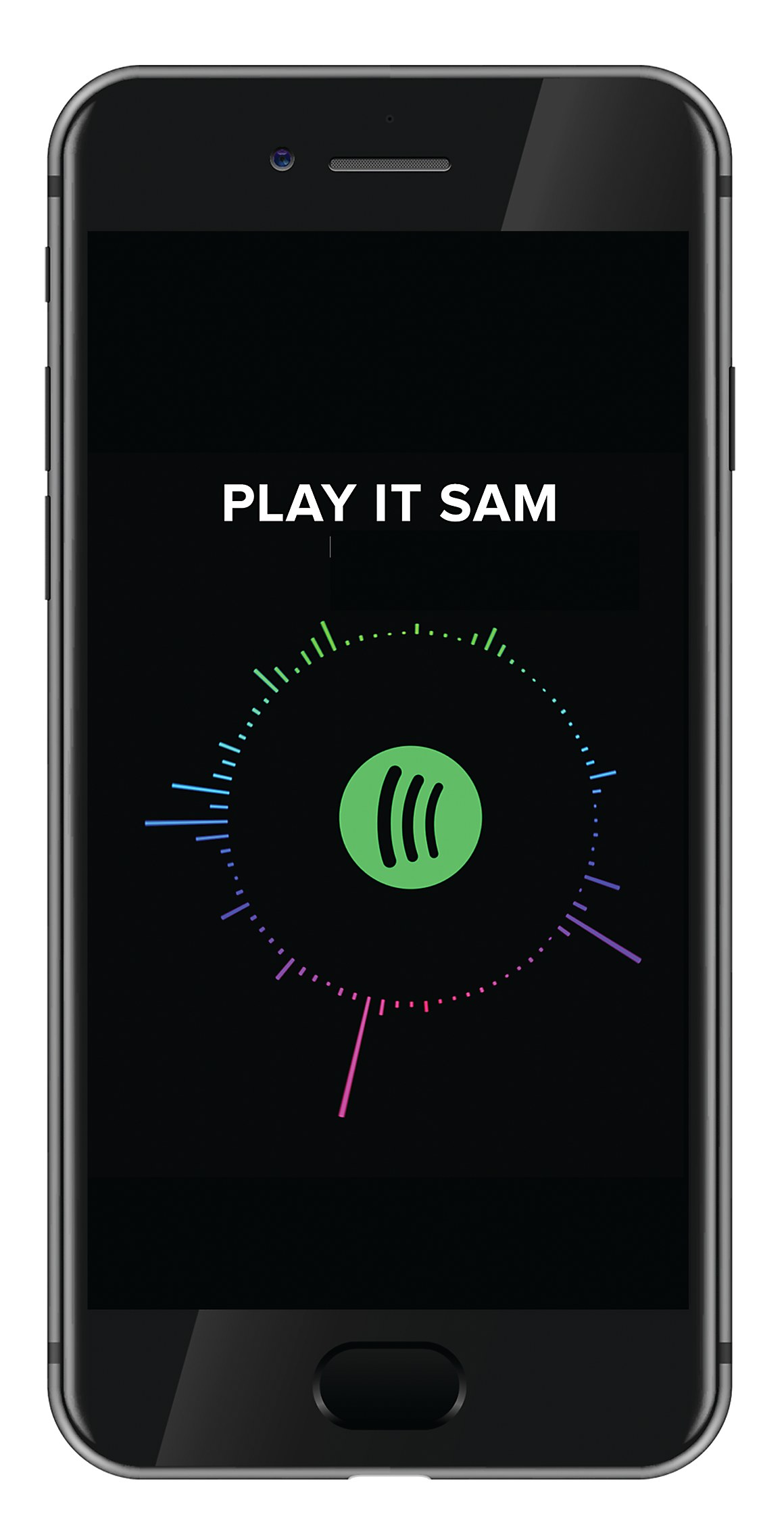 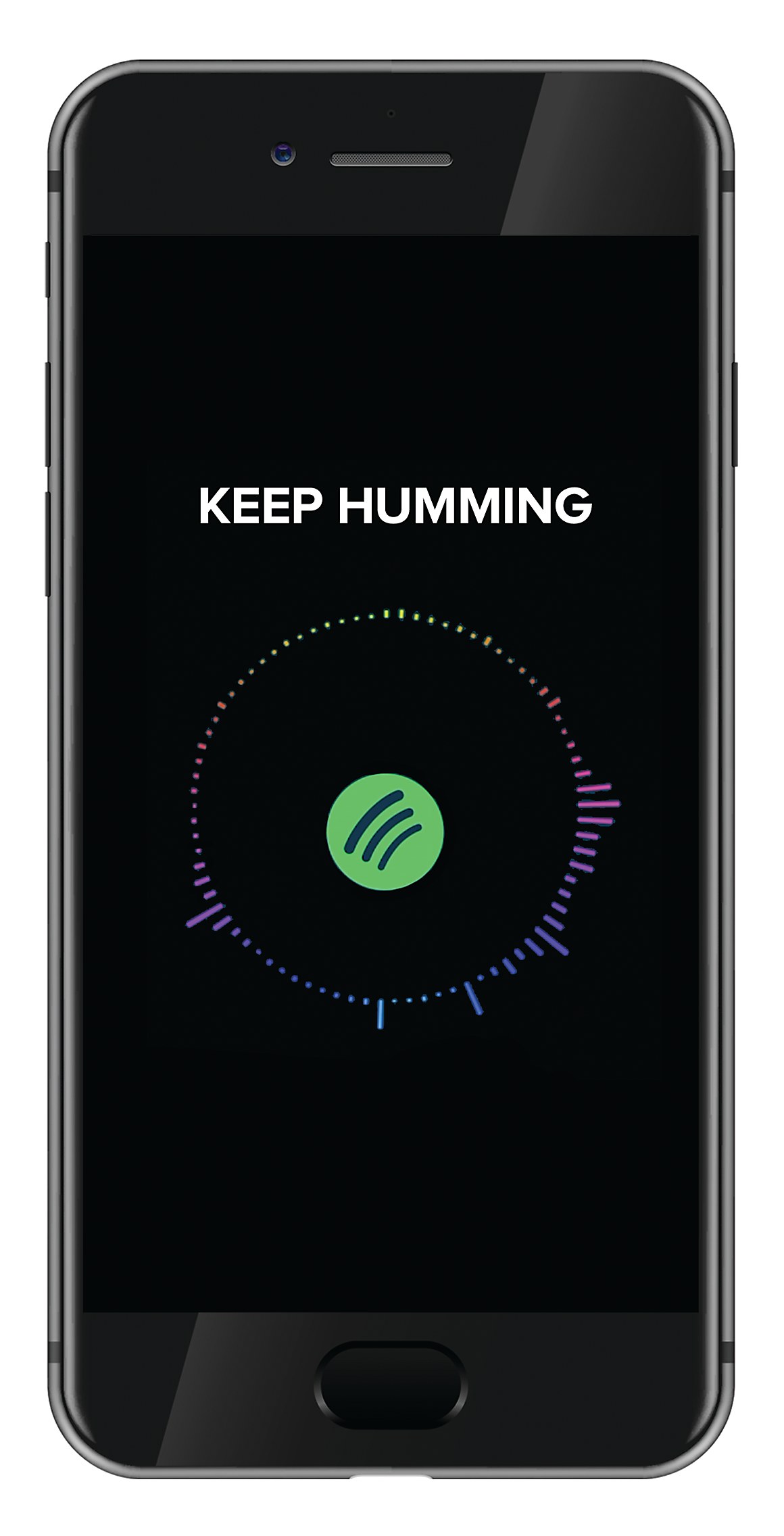 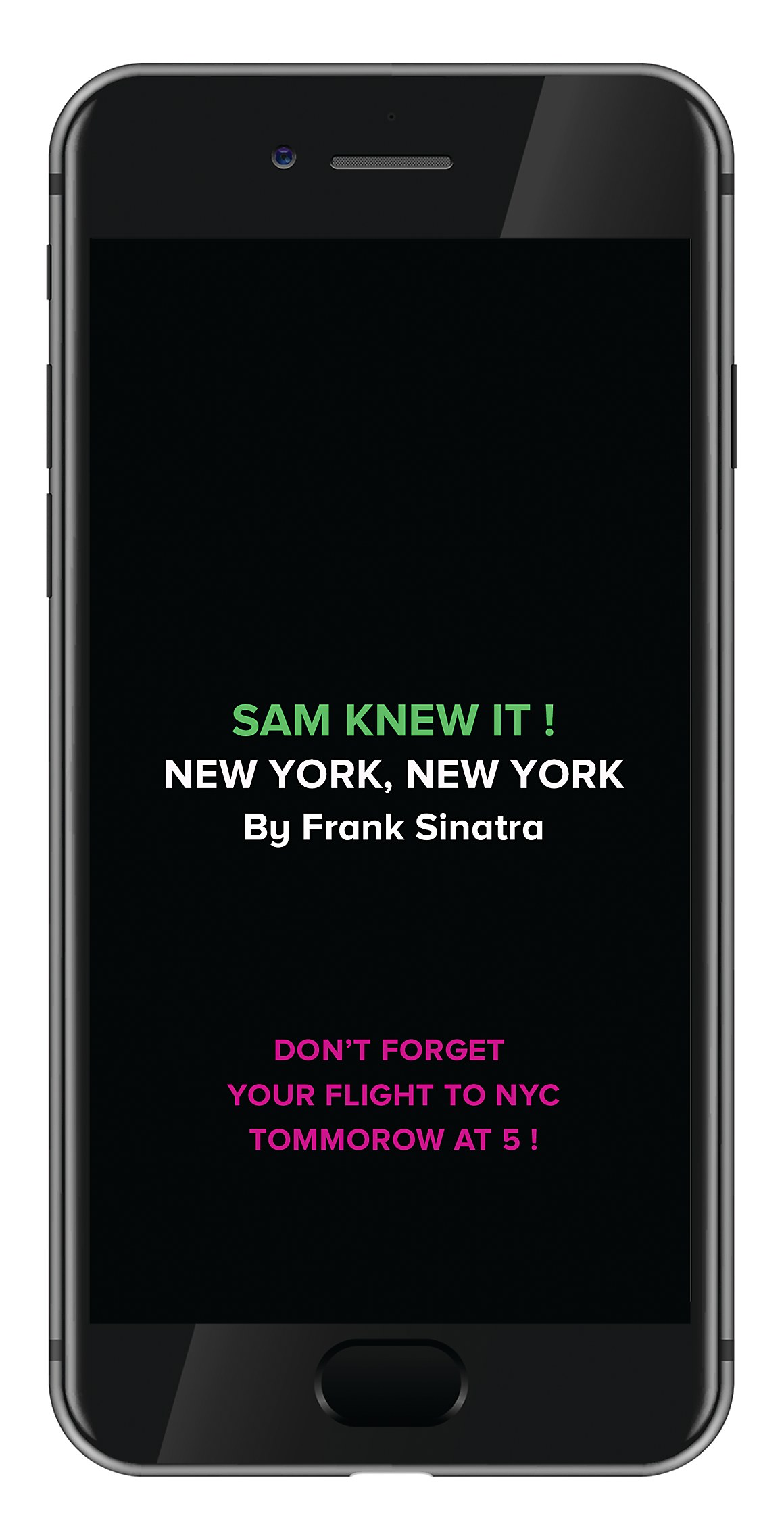 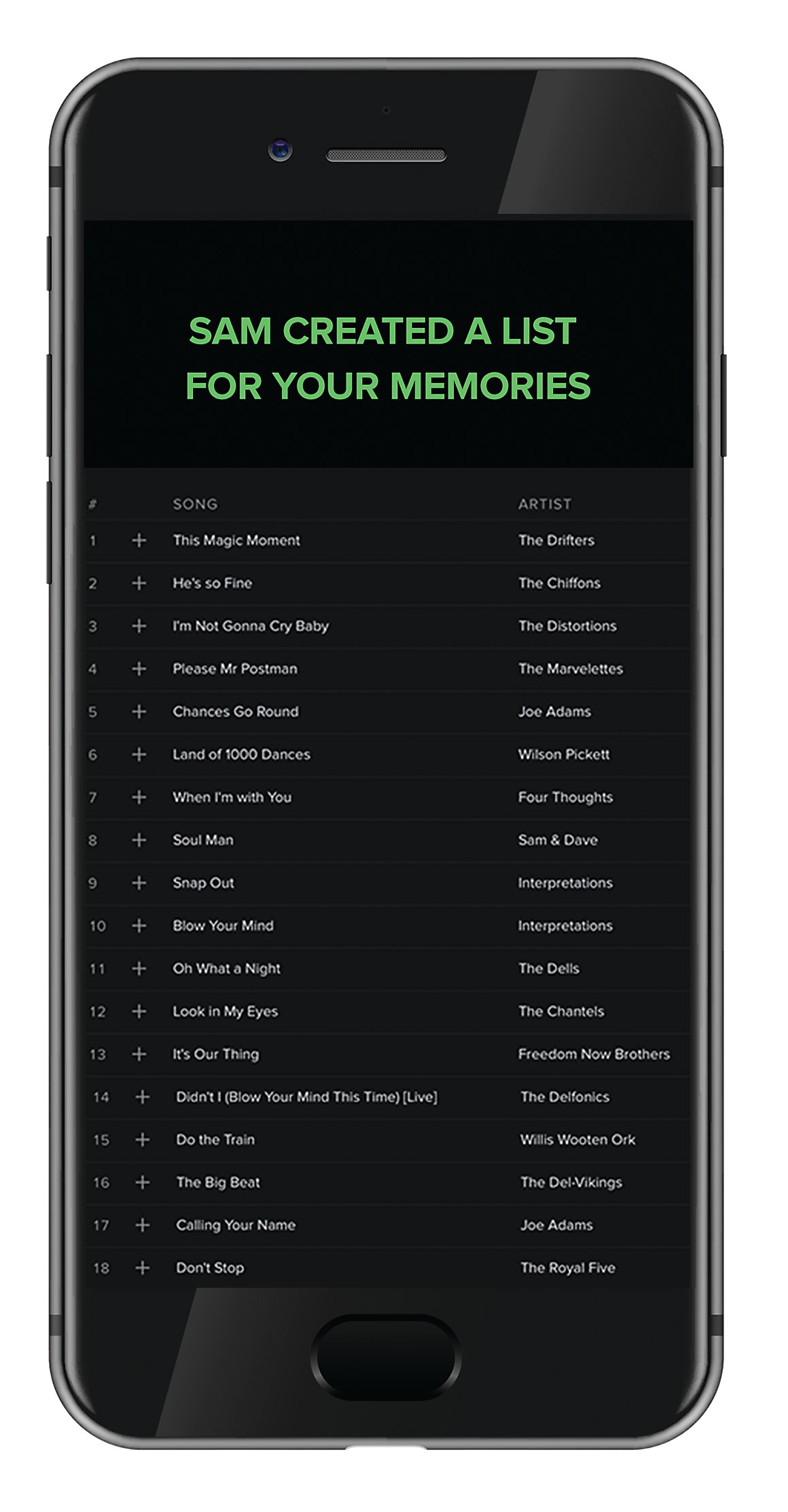 “A compelling use of technology that provides a solution—not just a story—for those in need.” —juror Stephen Hadinger

“This is a clever use of two existing technologies in service of a noble cause—while also being fun for all!” —juror Erika Tarte

Overview: How can technology help people who not only have a fragile mental state, but also a hard time adapting to new technologies? Miriam Elias and Nellie Santee’s answer to this question takes the form of a conceptual interactive feature called Spotify SAM. Seeking to help those with dementia or Alzheimer’s, Spotify SAM uses big data to identify the song being hummed by the user. It then serves a playlist with similar songs in the hopes that these tunes will trigger past memories and help stimulate neurological functions.

• A hum triggers the software and initiates generation of a playlist.
• The playlist is based on Spotify’s big data.
• SAM’s algorithm identifies the specific song being hummed.

Comments by Miriam Elias and Nellie Santee:
Describe any special interactive features. “Spotify SAM, as a software, could live in a device as ubiquitous as a smartphone or a home device and listen to what the user is saying at all times.”

What was the thinking behind the navigational structure? “By avoiding the need for a visual interface, Spotify SAM is ideal for people with motor and visual difficulties. A simple hum would trigger the software and initiate the playlist. We also thought it would be nice to integrate Spotify SAM with other smart home features, such as smart lights and smart picture frames, to create a whole experience.”

Is the audience you were targeting a particularly difficult one to reach? “As millennials, it’s hard to put ourselves in the shoes of people who lived most of their adult lives without any contact with modern technology. We aimed to provide them with an interface that is so easy to use that they wouldn’t even notice it. We had to do a lot of research to back up our idea and be confident that the science behind it was on point. So it’s not a gimmick, and it could actually help improve the mental health of patients with Alzheimer’s.”