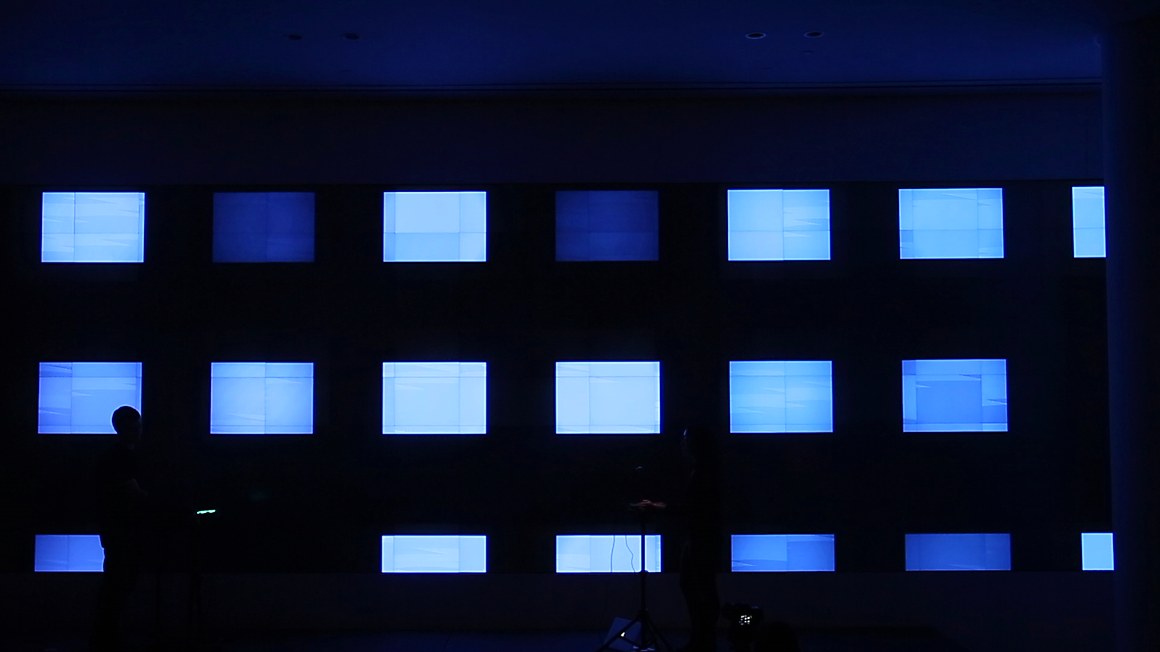 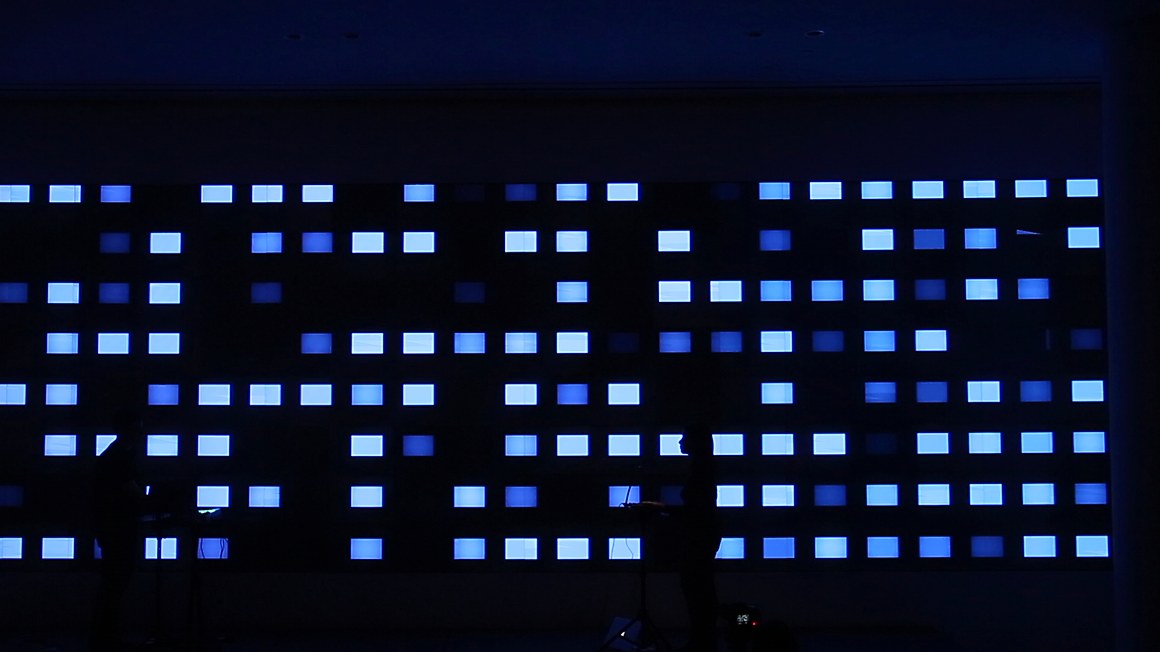 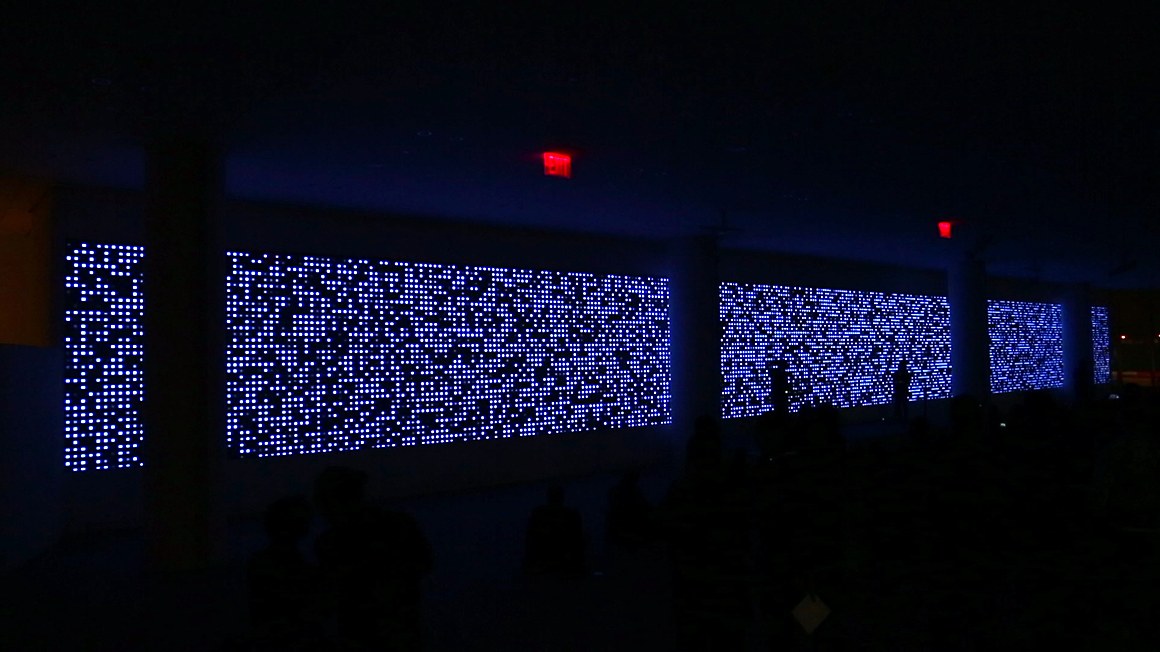 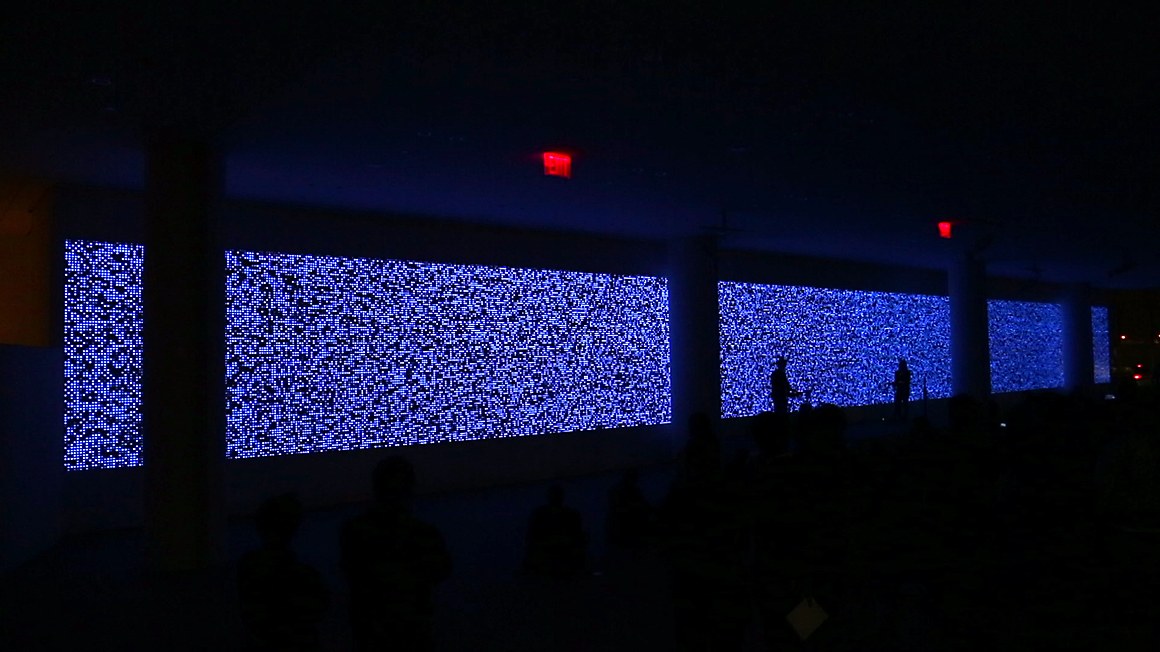 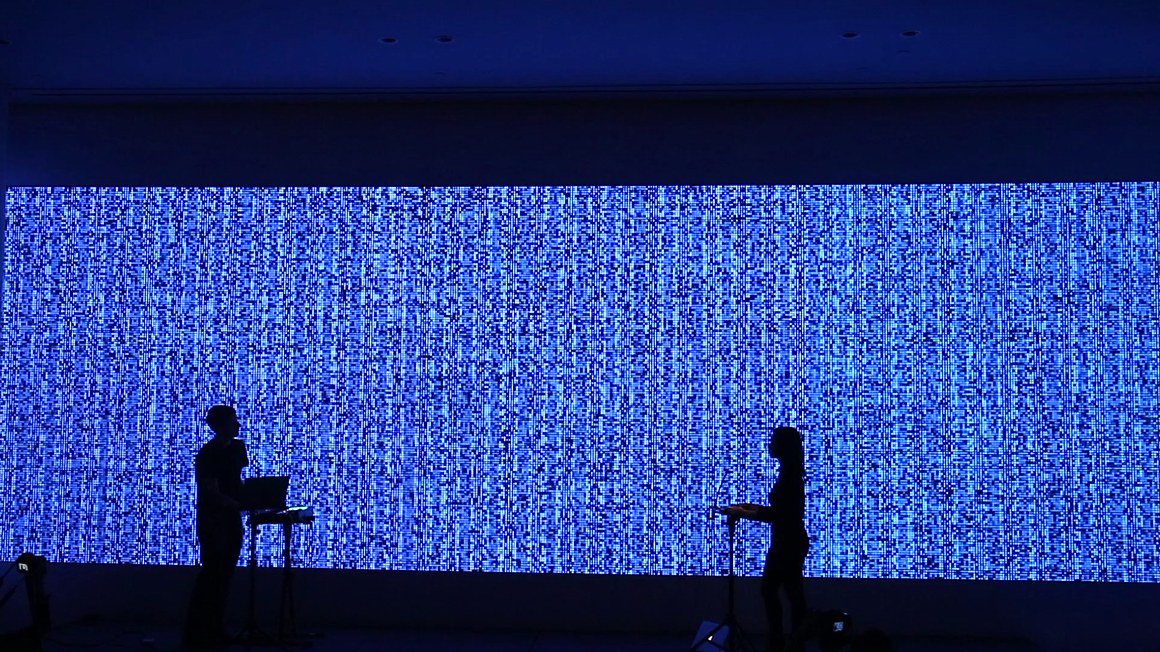 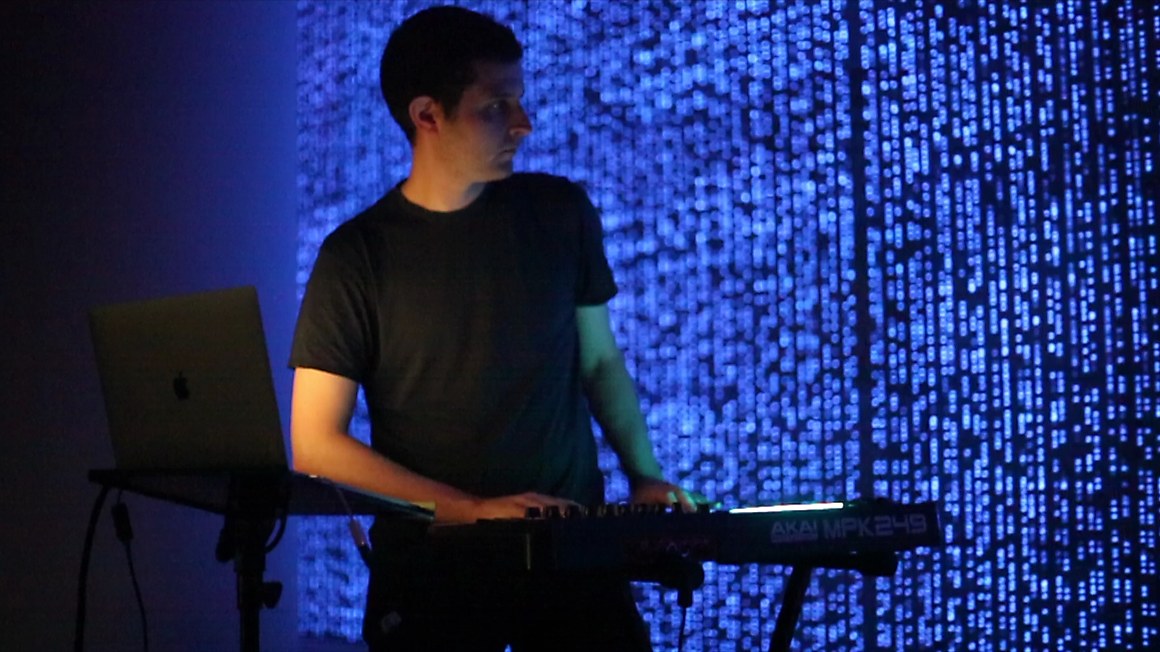 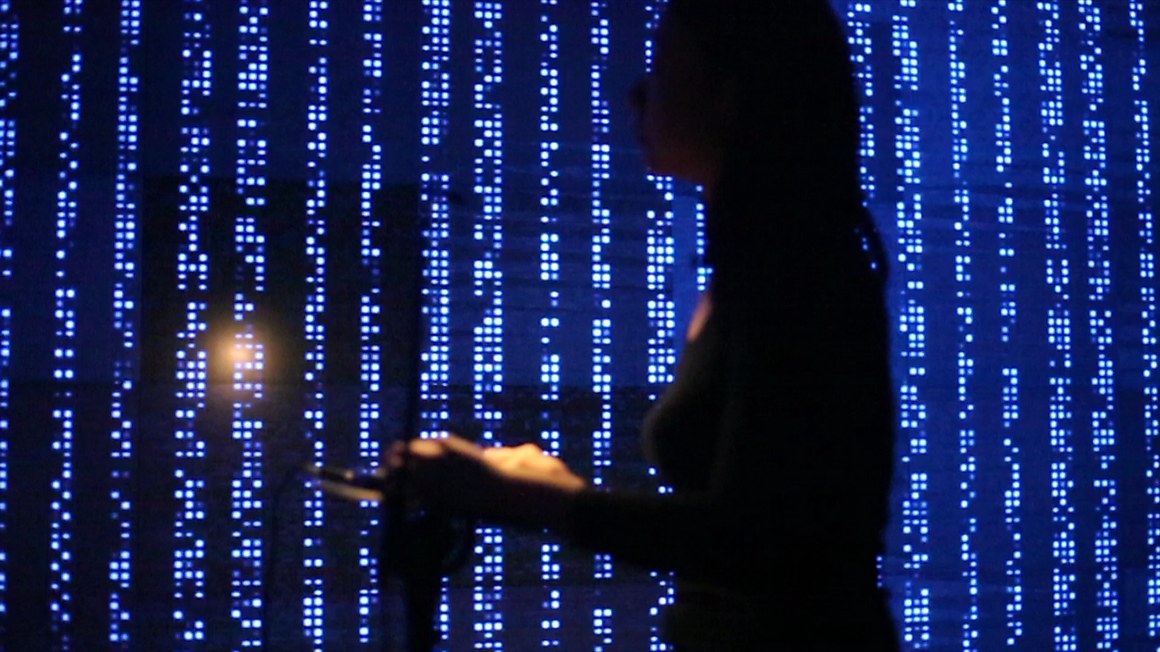 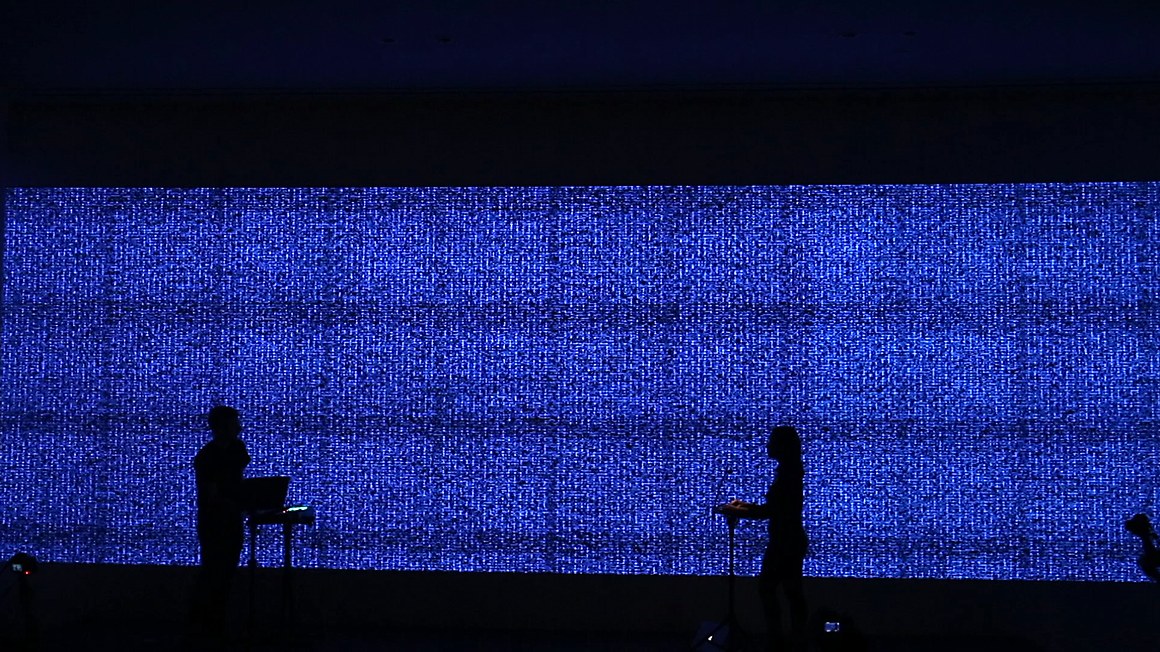 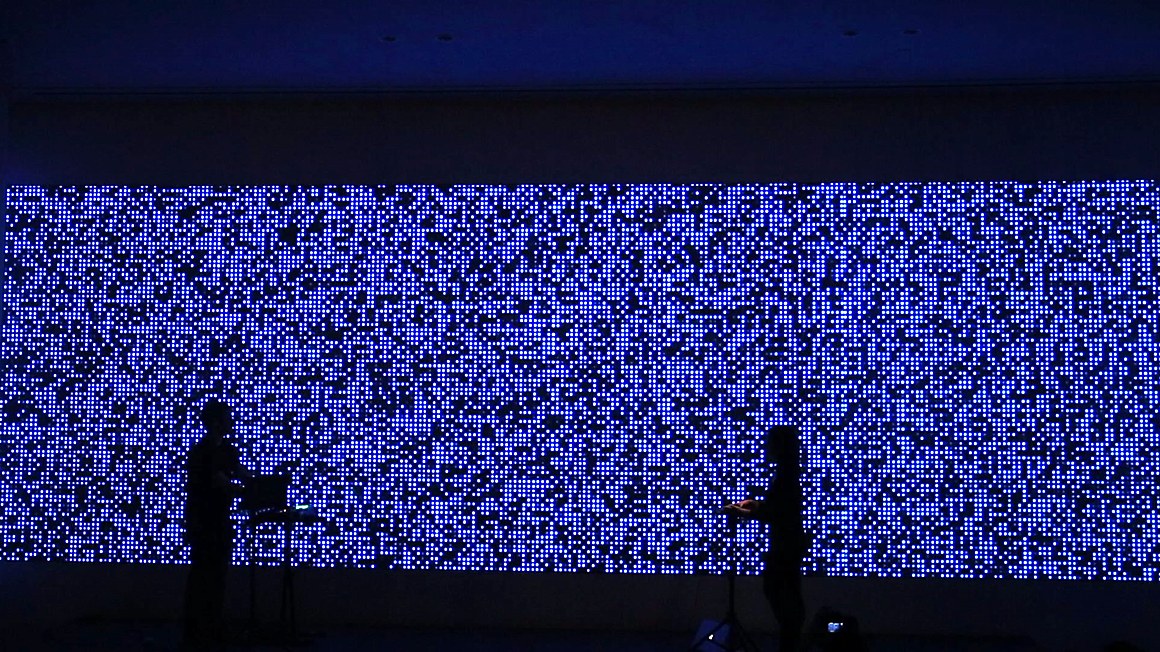 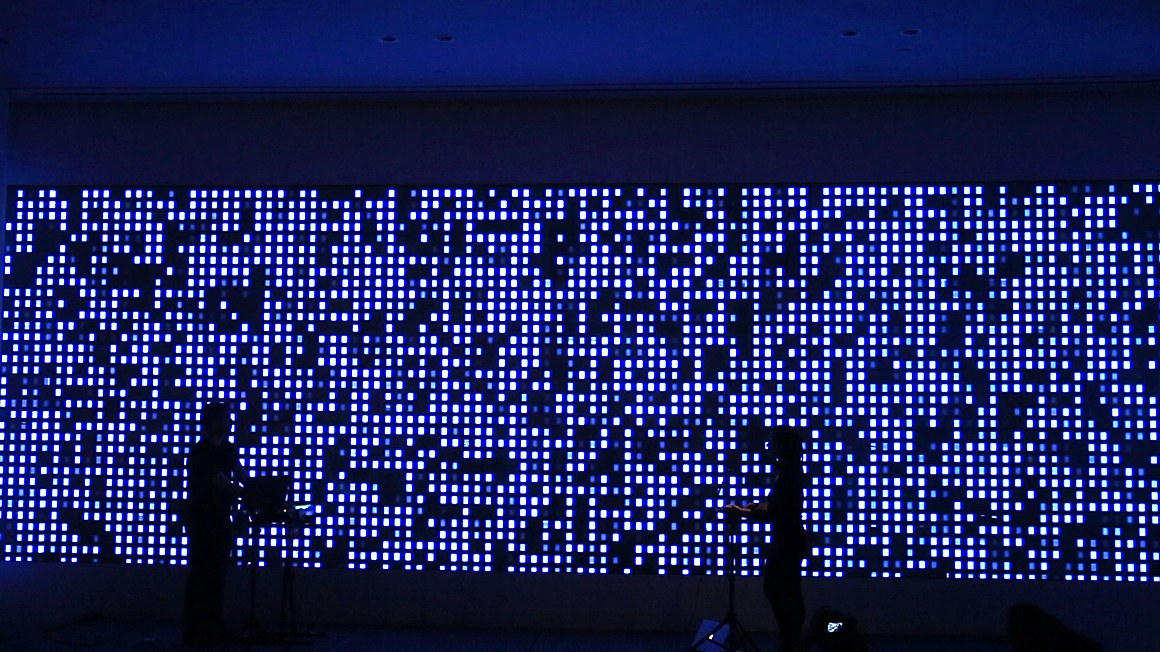 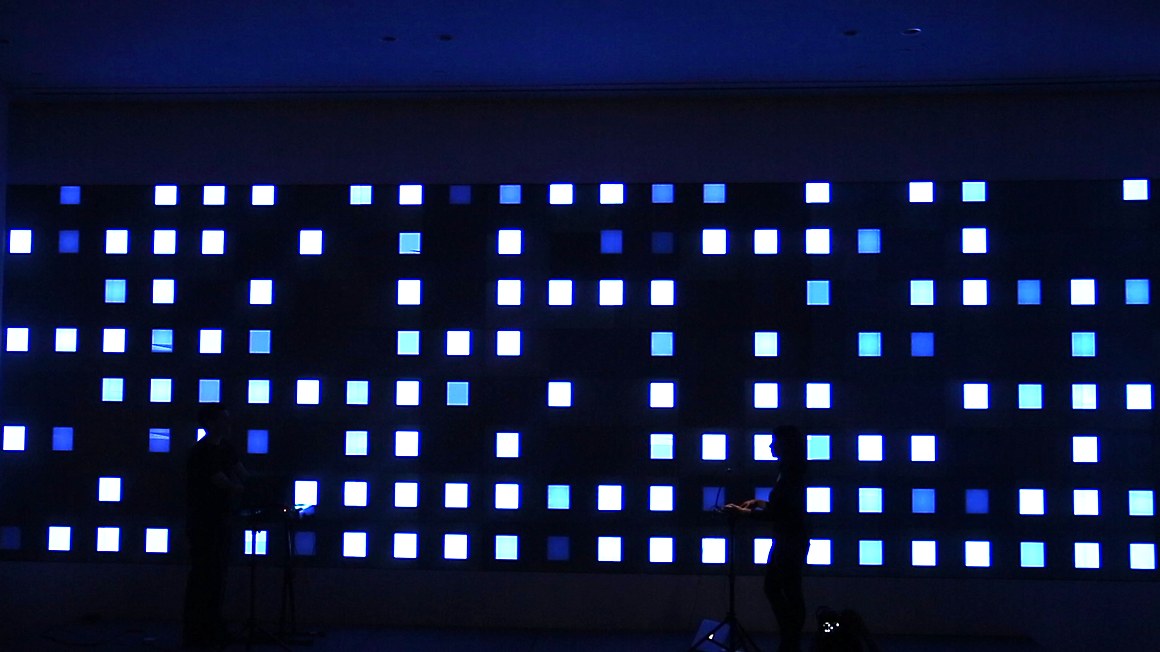 “My favorite part about this project was the usage of light to create an ambient mood.” —juror Isabel Kantor

“The real-time visual graphics seemed to create a pretty compelling and surprising canvas. I appreciated the variety and interest created with
a limited color palette and grid.” —juror Josh Goldblum

Overview: Indigo is an audio-visual performance designed for a 120-foot-wide screen. The screen acted as a backdrop as live electronic music was created onstage. The music was transformed into data on the fly, and signal processing techniques were used to isolate recognizable elements of the sound and map them to visual elements on the screen.

What was the response? “The audience found the experience to be immersive and meditative. People appreciated the contrast between simple and complex. We believe that we made good use of the big screen and the architecture of the IAC Building. Instead of trying to say too many things, we focused on creating a ‘space’ with consistency in the color theme, music and dynamics of the graphics—we believe it worked.”