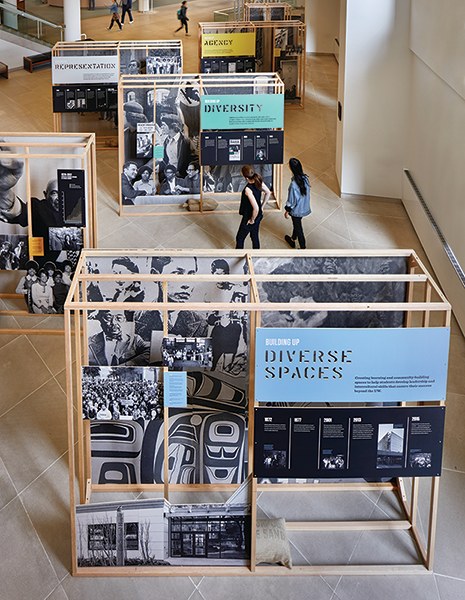 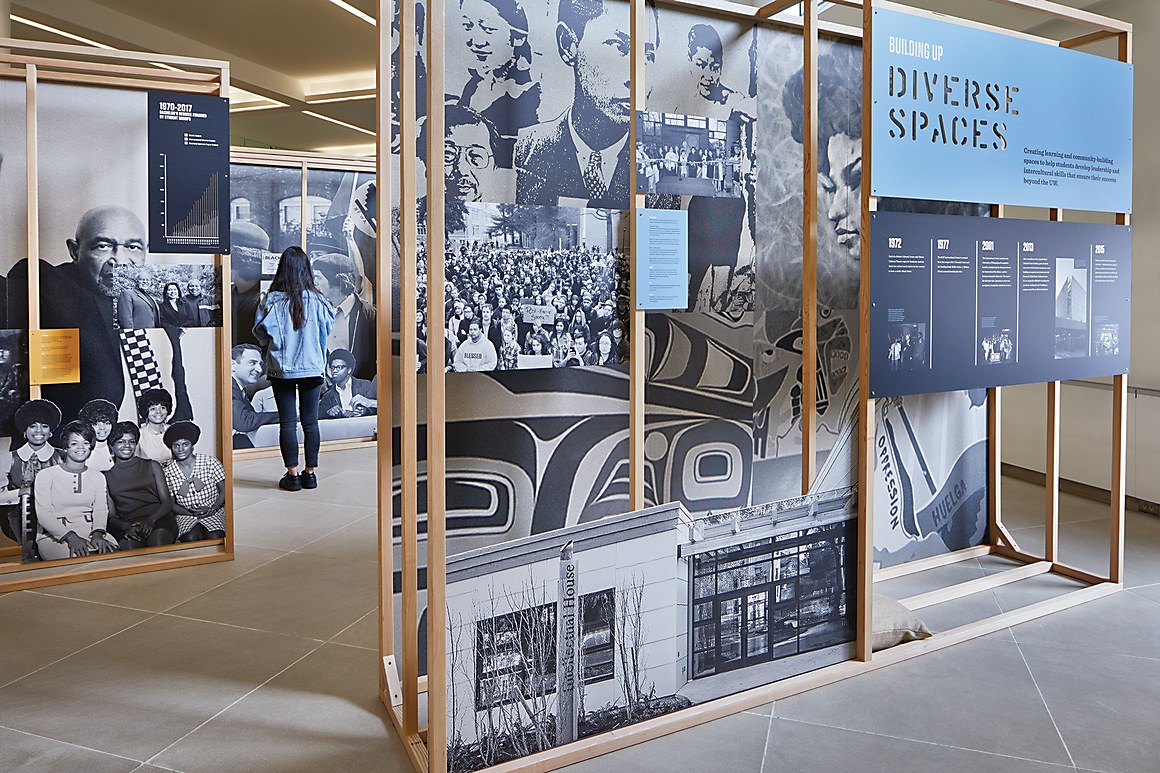 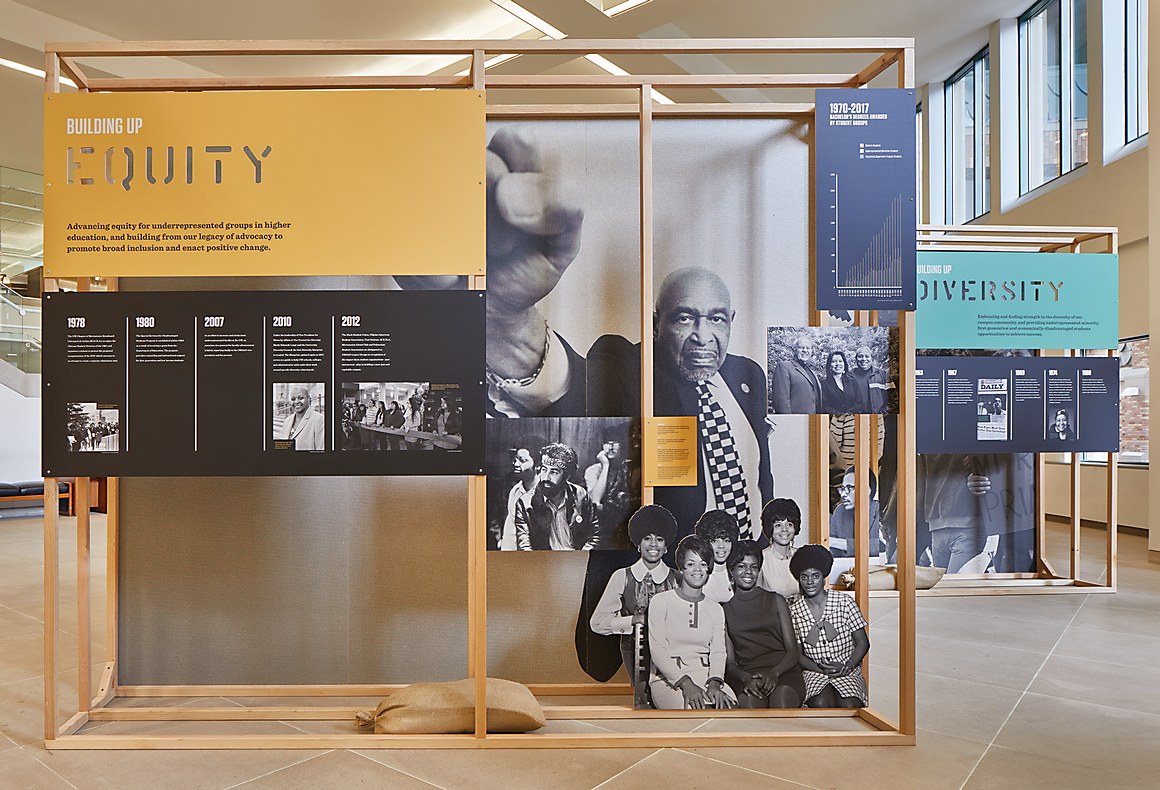 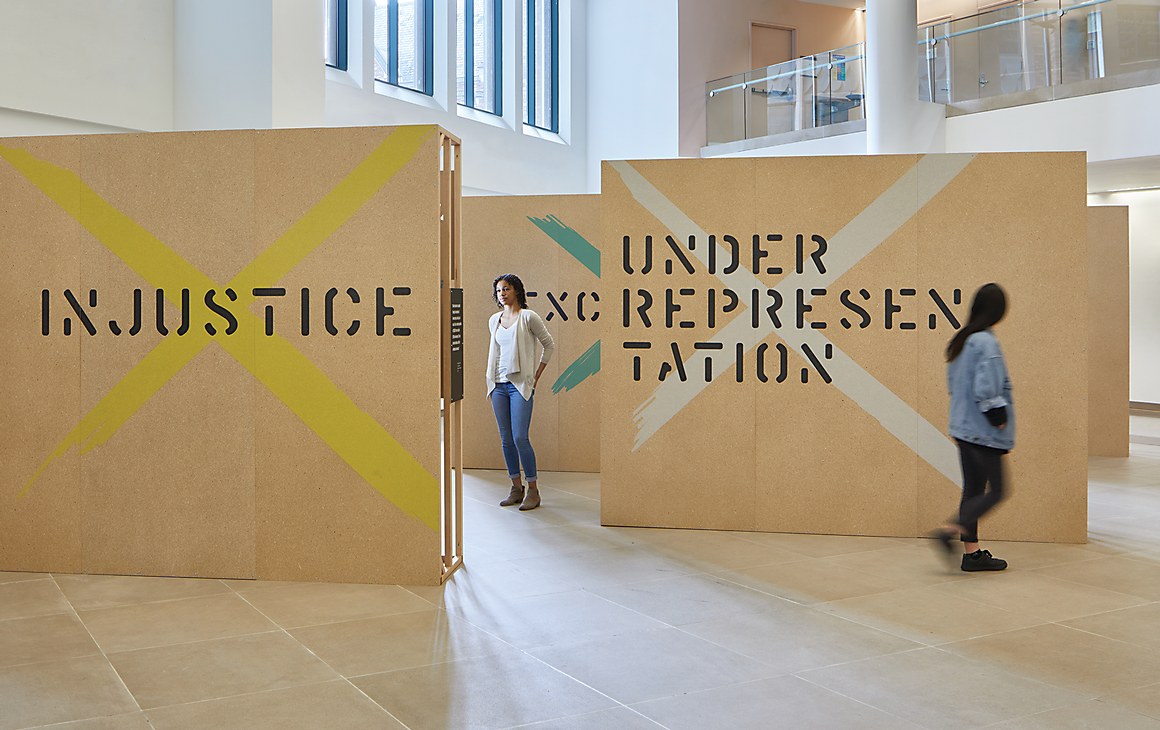 “In 1968, an iconic student protest at the University of Washington (UW) led to the founding of a minority affairs department—one of the first in the country. Fifty years later, UW’s Office of Minority Affairs and Diversity approached Kristine Matthews to design an anniversary exhibition. Matthews tied the project into her exhibition design class on campus. The design by Studio Matthews incorporated several of the strongest student concepts, including ‘tearing down the walls’ of injustice.”