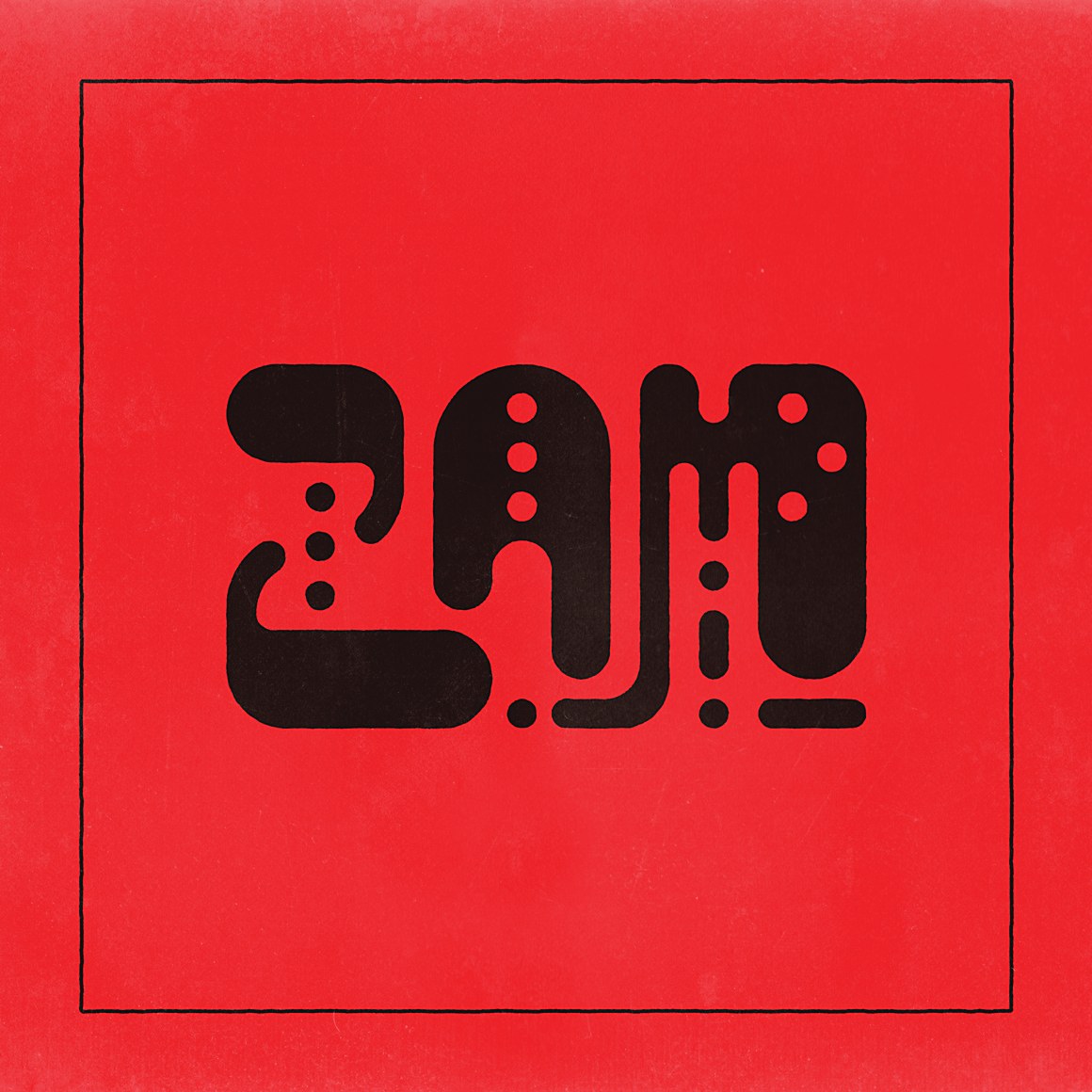 “Frankie and the Witch Fingers asked for a simple, stark cover, with fully custom typography to spell out the album title, ZAM. After a period of experimentation, we decided upon the general look, followed by detailing and finishing touches, such as adding the Morse code–esque elements, roughening the edges and using subtle texturing to give it a bit of a vintage look. The minimalist cover also provides an extreme contrast to a very busy, colorful digital collage that fills the entirety of the inside of the LP’s gatefold.”