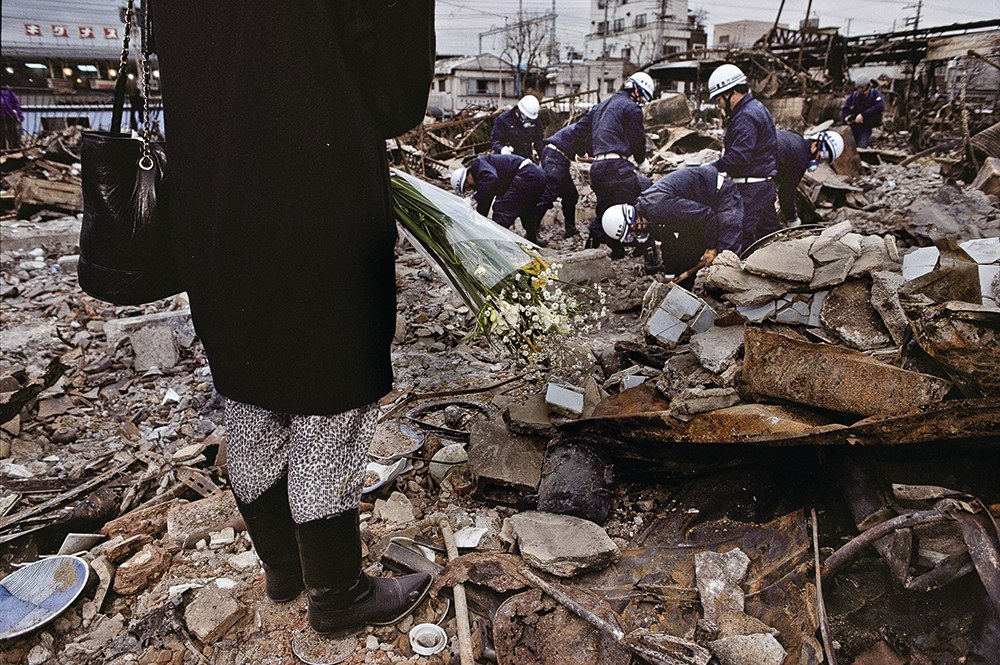 On January 17, 1995, an earthquake of magnitude 7.2 shattered the city of Kobe. It was the worst earthquake to hit Japan in the twentieth century. At least 6,000 people were killed, 30,000 were injured and more than 300,000 were left homeless. I was the only photographer sent by National Geographic, and I was assigned to photograph how a city copes with and recovers from such devastation. The challenge for a story like this, appearing months after the event, is to look beyond the immediate news situations and find moments that engage emotions. In the older communities, fires from broken gas lines swept through wooden houses with ferocity. In one such neighborhood, I photographed a woman clutching flowers, waiting anxiously as rescue workers combed through a demolished apartment house, searching for her husband. His body was never found. 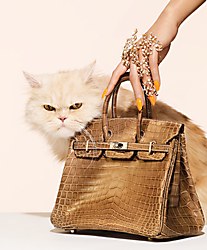 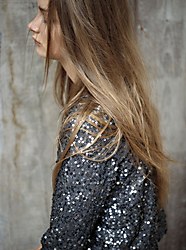 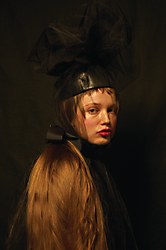 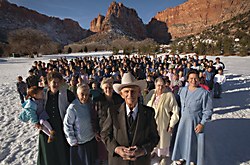 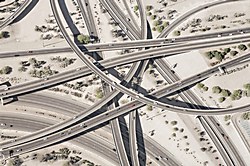 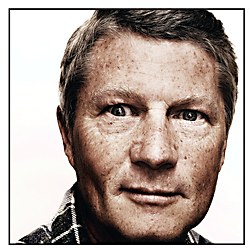 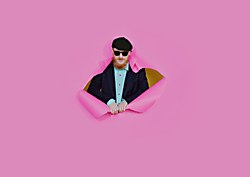 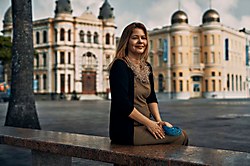 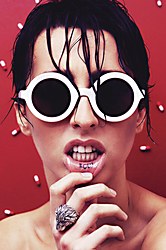 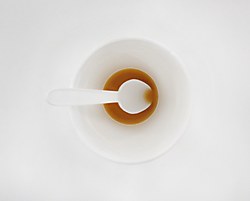 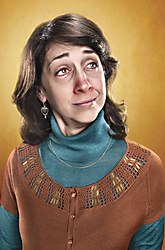 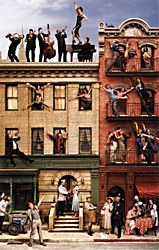 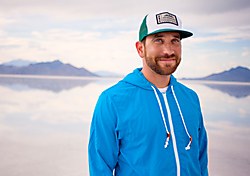 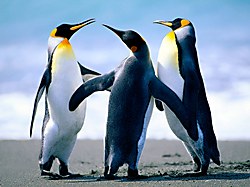 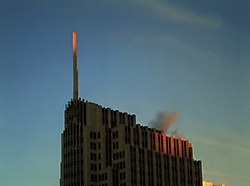 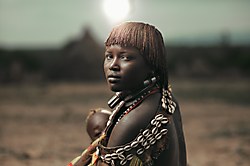 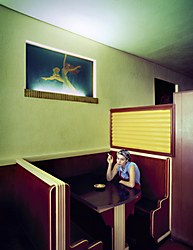 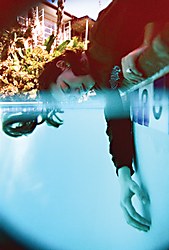