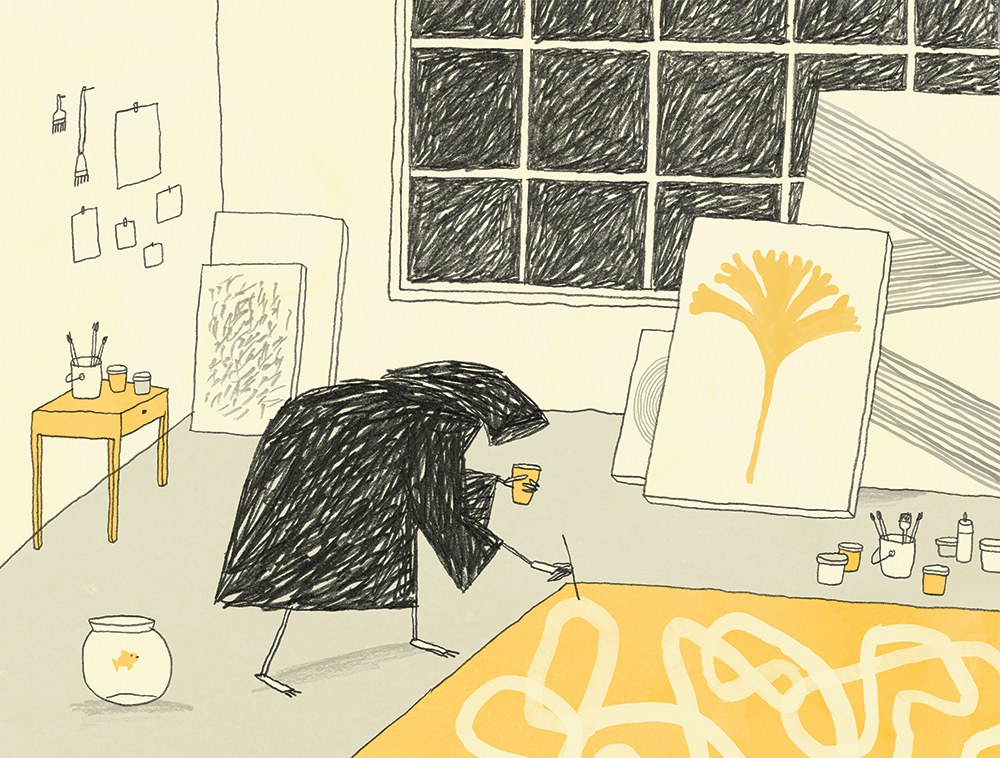 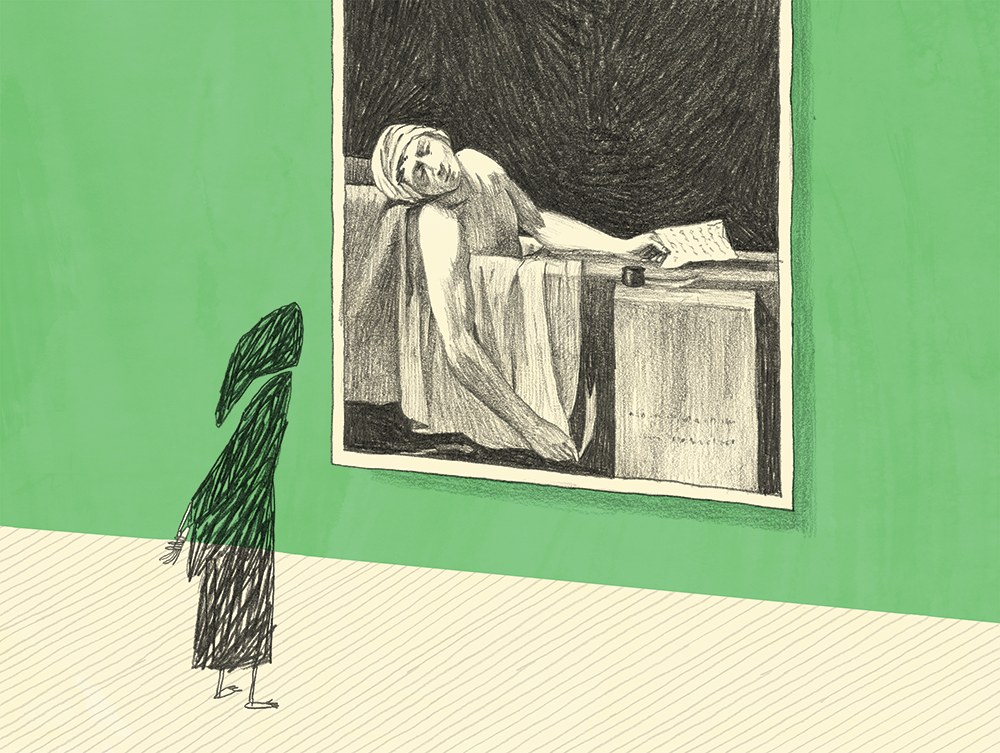 “Illustrations from my first authored book, Death Wins a Goldfish, published by Chronicle Books in 2019. It’s a 164-page written and visual journal following a grim reaper’s one-year sabbatical amongst the living. Death never takes time off, obviously, and is told one day by his HR department that he’s accrued so many vacation days, he must use them or lose them. He enjoys the time he spends learning to live, but eventually, he has to go back to work. Initially, the book was going to be pictures alone, but after finishing a few images, we realized the book needed an extra gear—a voice. By adding writing in journal form, the stories could be told in new ways while still maintaining Death’s detached and somewhat naive curiosity about life. The book is a gentle reminder for anyone who works too hard that life is short, so live slowly.” 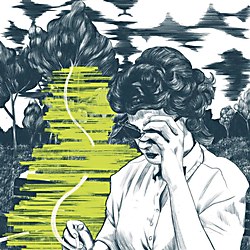 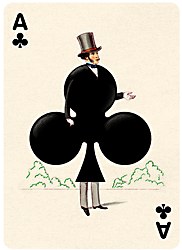 The Travels of Professor Nimbus 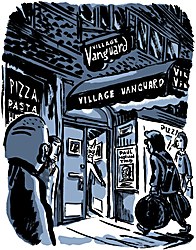 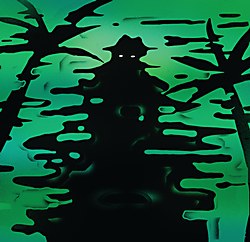 Man in chair, clock on wall, hand on shoulder 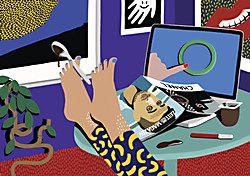 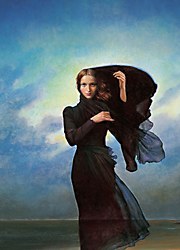 The Magic of And 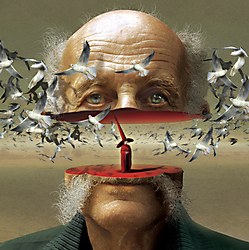 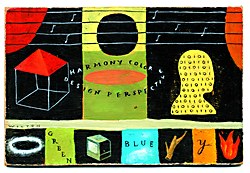 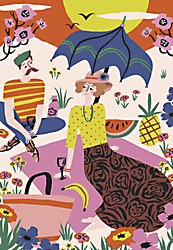 The Visual Cues of Flirting 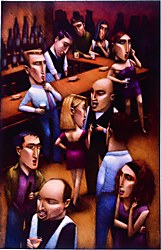 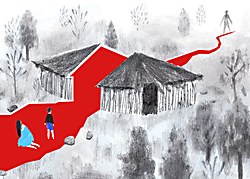 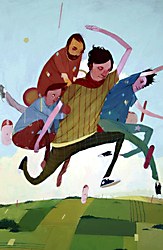 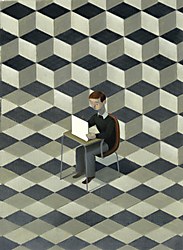 Why Spoofing is Serious Internet Fraud 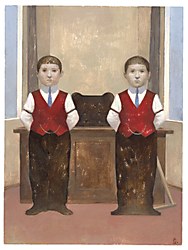 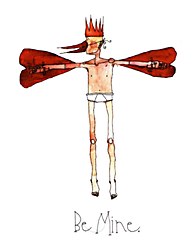 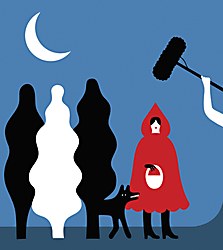