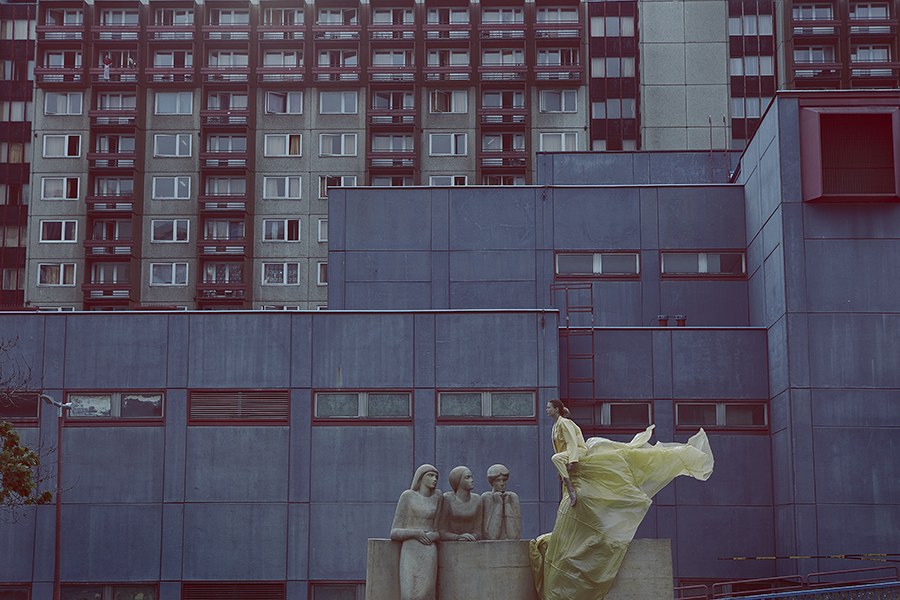 “This was a big, important project done with Veronika Ruppert for Blue Paper magazine. We became the editors in chief for this issue, and we chose the theme female/sculpture/object. In this editorial, we explored the theme of female sculptors of the past, and also female as the object and female as a sculpture. In the communist era, paradoxically, there were many more women sculptors than there are now. In this photograph is a sculpture of three girls prayerfully looking at a young guy who’s being a smarty-pants. The sculpture is on the premises of a medical school and is called Youth. I hated the image of the three girls looking upon this guy, so I decided to cover him and put a strong woman over his head. Symbolically, she can be a figurehead found on the bow of ships.” 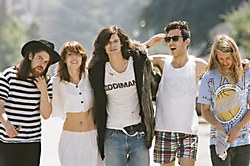 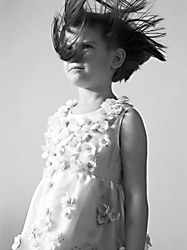 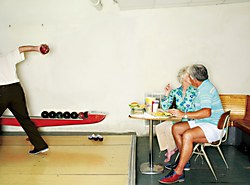 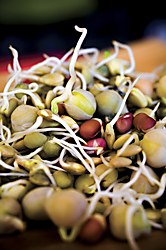 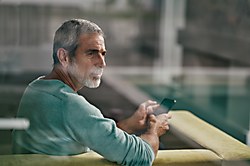 Bank of America and the NFL fight hunger 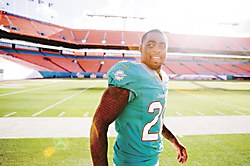 Weeks, Laptop/gunman has two men with hands up 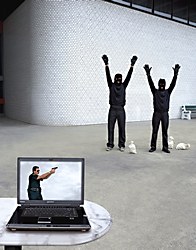 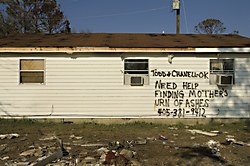 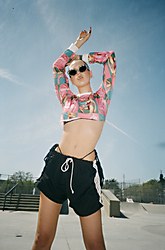 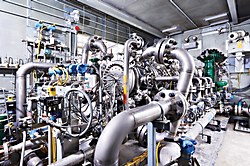 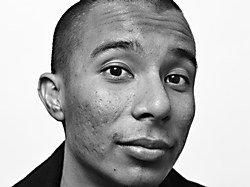 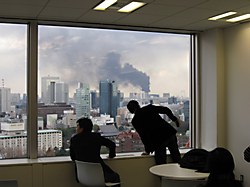 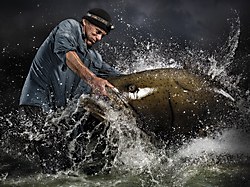 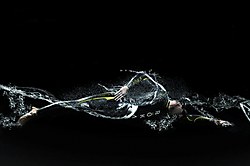 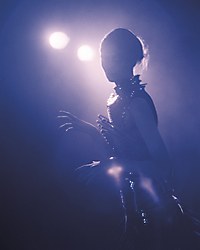 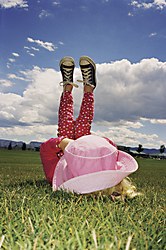 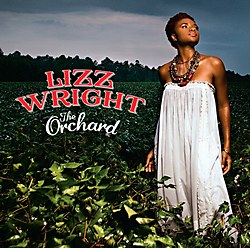 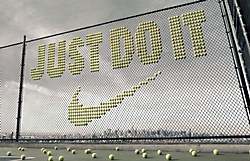 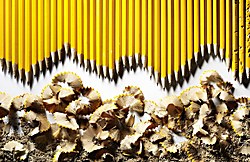