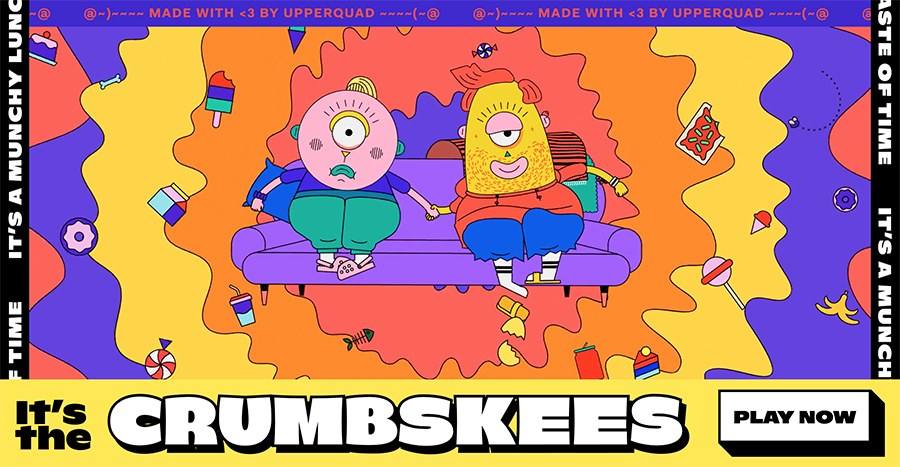 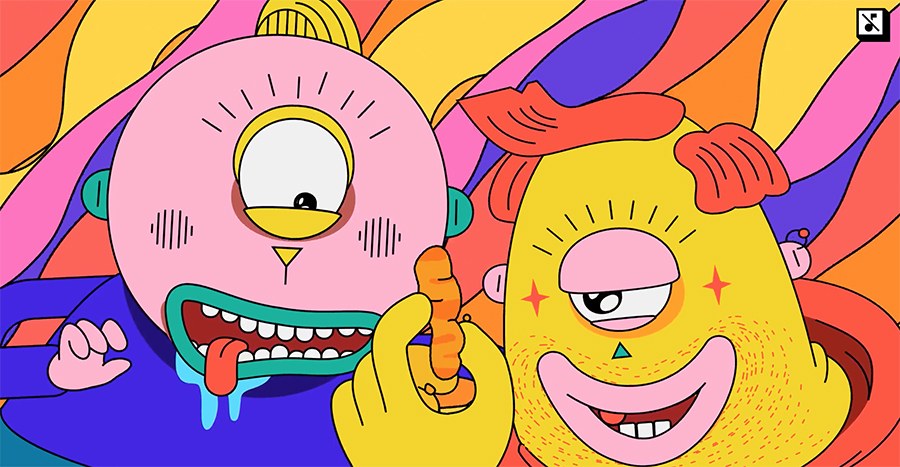 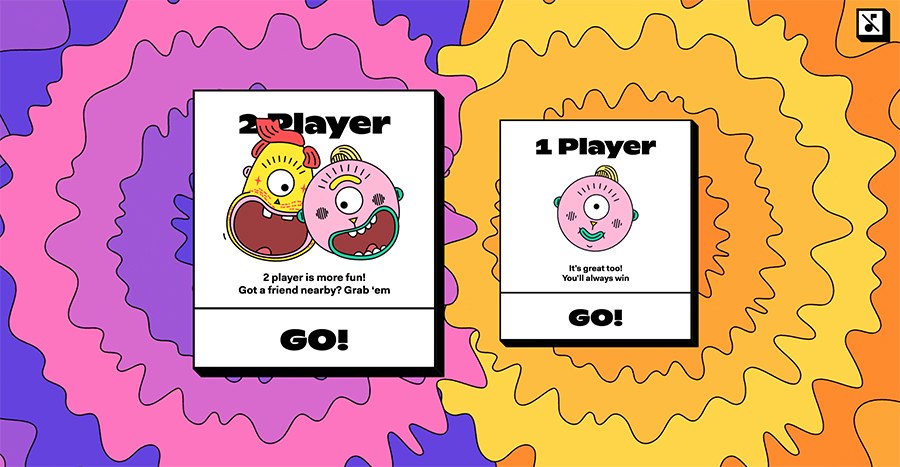 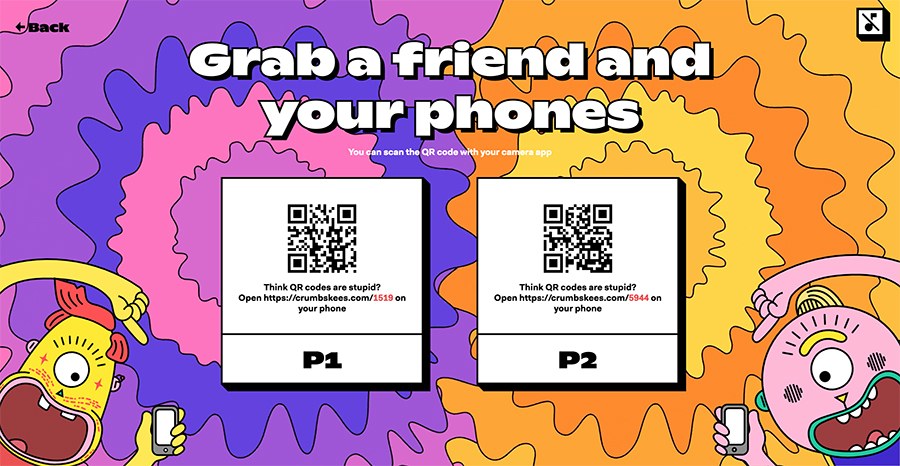 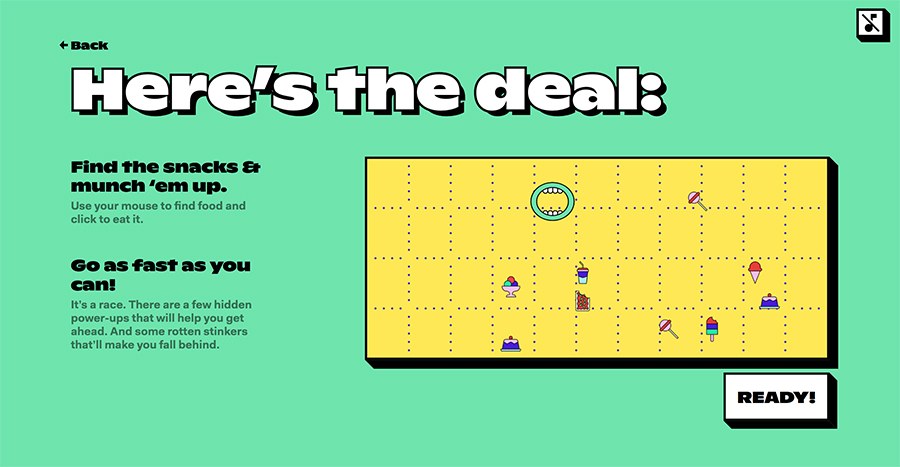 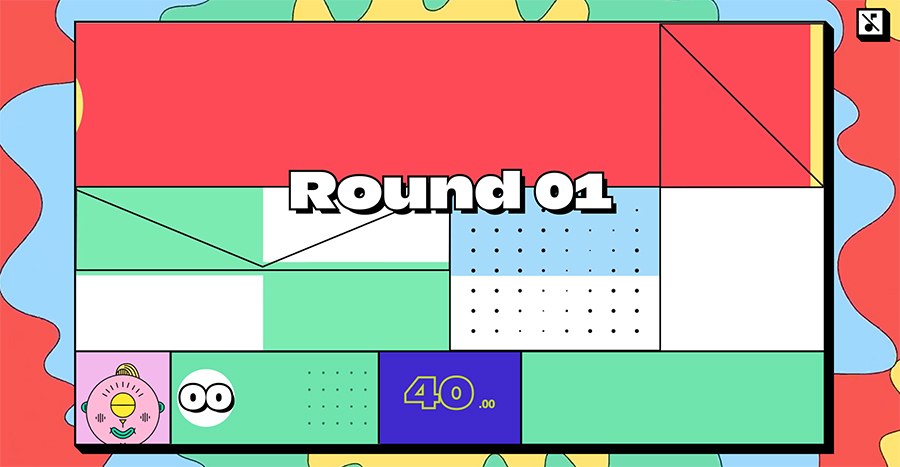 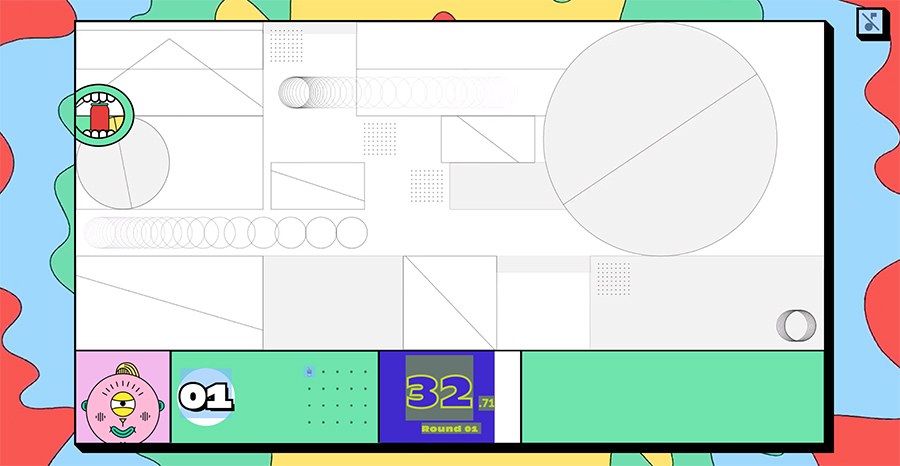 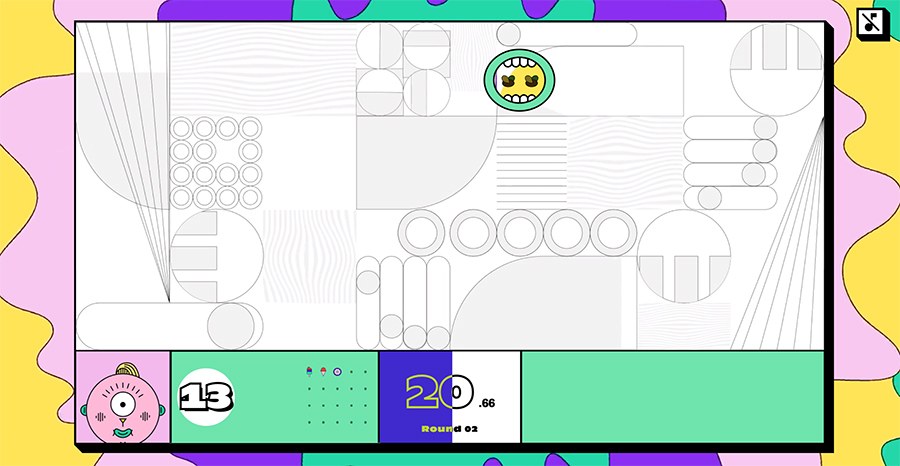 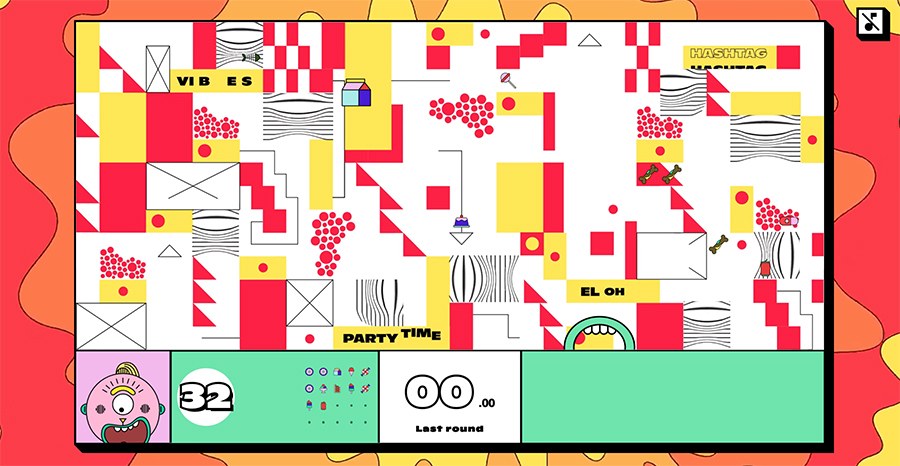 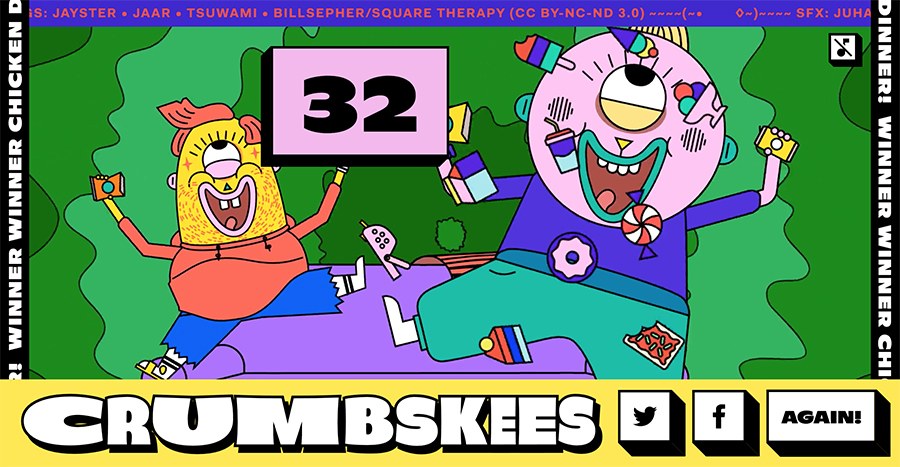 “I loved the humor and creative twists.” —Sakchin Bessette

Overview: A video game played simultaneously on browsers and phones, The Crumbskees invites players into a surreal world populated by couch potato characters searching for snacks as their TV shows take commercial breaks. Originally built as a demo for an in-person event at design firm Upperquad’s San Francisco studio during 2019’s San Francisco Design Week, The Crumbskees evolved into a web experience for all, providing some much-needed virtual fun during the COVID-19 pandemic. The game pushes the boundaries of design, type and technology, affirming Upperquad’s desire to create innovative things with technology beyond what is typically possible.

Comments by Emily Headden, Antonio Mondragón-Becker and Zhihao Wu:
How did the installation at San Francisco Design Week help inform the web version of The Crumbskees? “We set The Crumbskees up on a projector, and attendees could play with each other live with their own phones. We wanted to bring that experience into the version we’d release on the web, which took some technical heavy lifting but made for a more engaging experience. Plus, this gave us real estate on the phone to extend the visual story.”

Did the use of two devices lead to any special navigational design? “Since we wanted people to pull out their phones and have fun at the Design Week event, we eliminated all user interaction on the display device; all navigation happens on the phone. We preserved this idea when we redesigned The Crumbskees for the web, and it allowed us to display your score, power-ups and avatar from your phone. And, frankly, it’s just more fun when you see something happen on your computer when you tap your phone.”

What would you do differently if you could start the project over? “We had some crazy ideas on how to further design the levels—guest illustrators or custom music—and how to make it progressively harder the more levels you clear. If we could start the project over, we would plan some expansions to the Crumbskees universe, almost like a WarioWare aesthetic, with lots of minigames and different sorts of wildness. Maybe that could still be a thing in the future!”