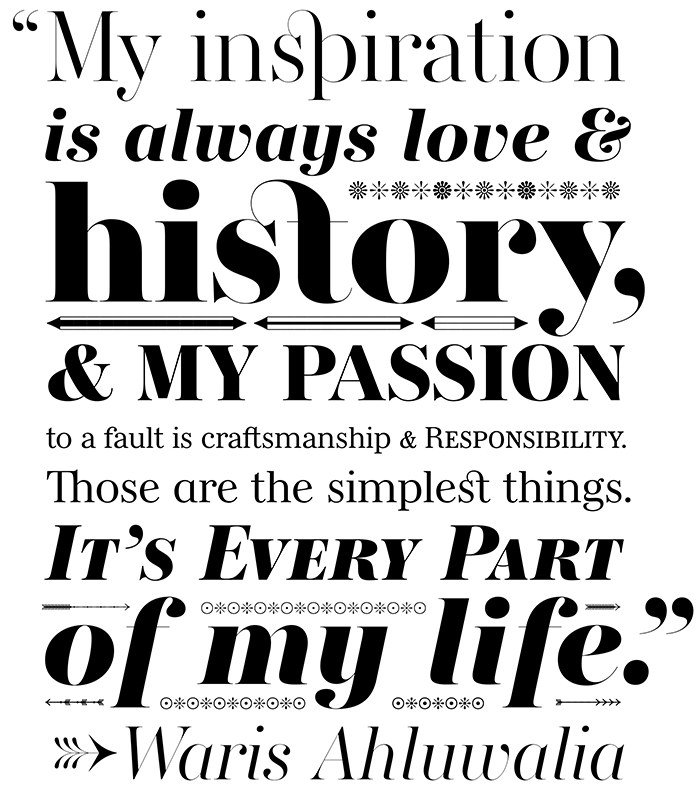 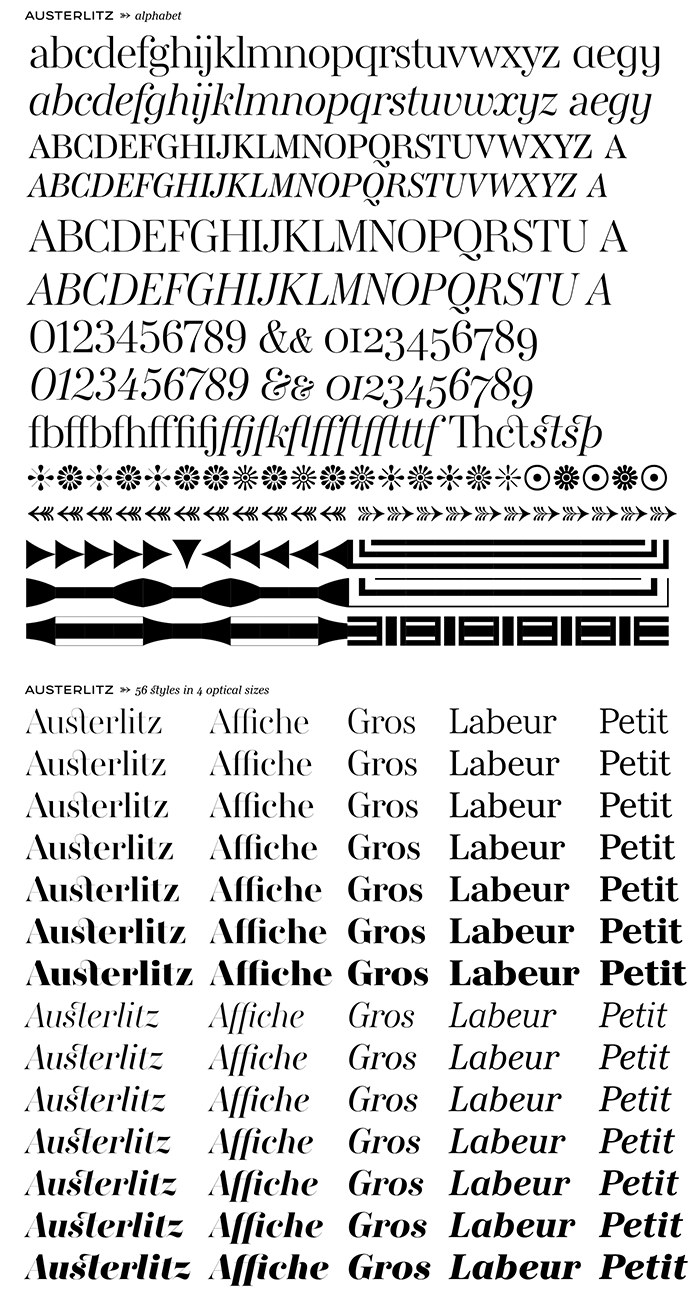 “Austerlitz resembles a Didot but does not follow its principles: counterforms are rounded without rigorous effects, the stress is not completely vertical and there are traces of written letterforms. The serifs are attached by a curve, and the serifed italics are innovative for their time. The Petit and Labeur variants can be described as common, natural and harmonious. Type designer Jan Tschichold in his book Die Neue Typographie recommended its source as a suitable serif typeface. In its Gros and Affiche versions, it tells a different story. Its shapes, contrasts and elegance reference a late Didot in its most beautiful ceremonial dress.”