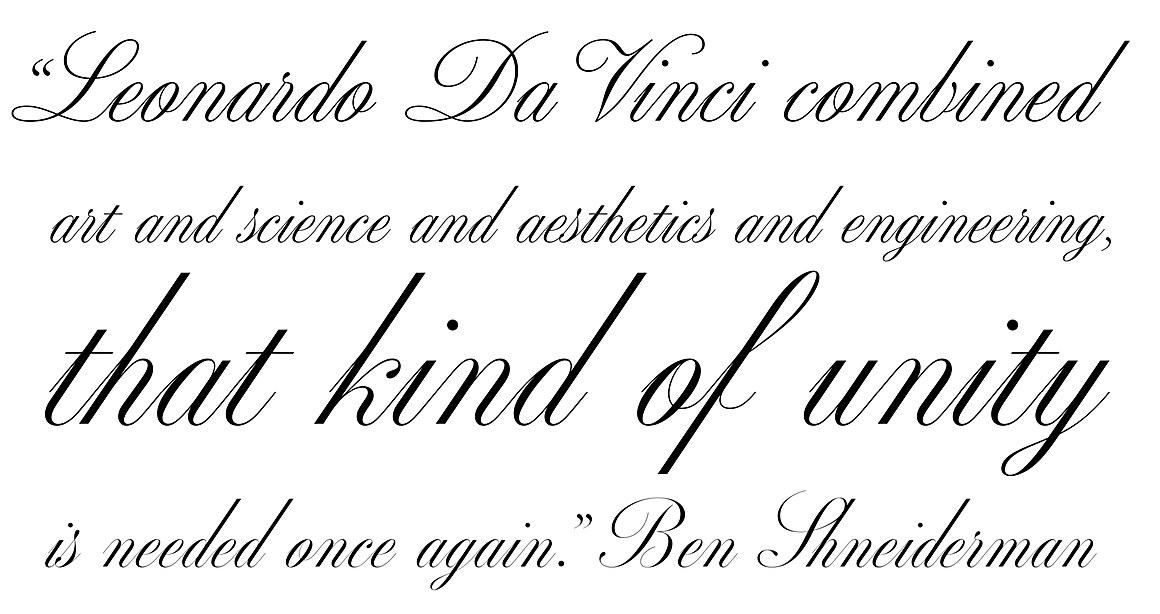 “The Altesse typeface deserved to win not only because of the flawless curves but also because of its extensive glyph set and brilliant alternating combinations and ligatures—a technicality that should be present in most of today’s typefaces.” —Petra Dočekalová

“While script type might not be to everybody’s taste, there is a lot to be said for the exactitude, technical achievement and consistency it takes to draw a script face well. Compound this with the variety of alternates drawn to make for natural typesetting, the decorations, exhaustive ligated forms and the sheer labor involved in drawing for multiple optical sizes, and Altesse is an exercise in a subjective genre made objectively well.” —Kia Tasbihgou

Responses by Jean François Porchez, typeface designer, Typofonderie:
Tell us about the concept behind Altesse. What typefaces inspired you to undergo this project, and how does Altesse respond to those? The idea was to identify a style based on daily practices and not search for the work of a writing master from a given period. Since the beginning of the 19th century, the use of formal script became the standard for copperplate announcements by the French aristocracy. French copperplate engravings in use over the centuries directly influence Altesse’s calligraphic drawings.

Foundries have tried to typographically adapt copperplate scripts, in which each letter must be engraved separately but link to the next. A complex operation—the formal script is naturally slanted while the punches and metal type shot are perpendicular, which leaves no room to draw the shapes and their connections as well as the flourished endings. It was necessary to wait for photocomposition—which foreshadows the transition to digital typography—to be completely freed from metal type. Photocomposition does not yet provide the many necessary variants and the technology for contextualizing letters. This is where we put our efforts: we wanted to make the use of Altesse’s variations as smooth as was feasible by automating as much as possible.

What kind of character do you see the font having, and in what applications do you think it will be most effective? Typically, the usual applications for calligraphic script: cards, wedding invitations, restaurant and hotel menus, wine labels, business cards, and stationery. But also wherever a designer would like to use a classic italic like Baskerville or Garamond in contrast with a massive sans serif—because, as you know, good design is all about contrast!

How many different sizes did you design for Altesse, and what was your thinking behind creating this array? The Altesse offers optical sizes with different x-heights. The 96 pt version is drawn with a small x-height featuring a high contrast; on the other end of the spectrum, the 16 pt
version offers a large x-height in low contrast. Of course, the proposed sizes are compatible—i.e., the thinner part is unified over the different sizes. This is a principle of proportionality: it’s up to you to set the 96 pt version in 120 pt or the 46 pt version in 64 pt, depending on your art direction and your constraints related to analog or digital media.

What was the most challenging aspect of this project? First, you should keep in mind that each of the six series of Altesse represents 1,957 glyphs, 47,101 points built in Beziers and 363,673 kerning pairs in full, in addition to seven scripts built in Python for a total of 745 lines. An export from one of the fonts in TTX represents more than 6 million lines of code. The OpenType tables represent 1,066 lines of code divided into 38 OpenType features, 70 lookups and 233 classes. The variations and combinations in Altesse are infinite (or almost) with five or six variations of lowercase per glyph and two to three variations of capitals, all adapted to different contexts. Every day was a challenge!

What do you see on the horizon of type design? The challenges are not so much technical anymore. Almost everything seems possible, and the quality of screens is now superior to any printing technique! The subject is, now more than ever, the design and the inventiveness of designers but also their rigor—this requirement emerges before all the rest. Never give in to the easy way out, to the desire to surf on a trend already in place by creating your own version of what’s fashionable. Obviously, in the short term, this requirement has a price: it is a learning process of the frustration of not following the fads of the moment. But designing a typeface is necessarily a very long-term vision, even beyond your life as a designer.

Anything else? I started Altesse ten years ago, and my typeface project would not have come about without a solid team bringing essential skills to the development of the project. I salute Mathieu Réguer and Joachim Vu for their countless contributions, as well as Élodie Tourbier and Léo Guibert for the finalization of some optical sizes. Such a project required a strong team that knows how to work closely together!