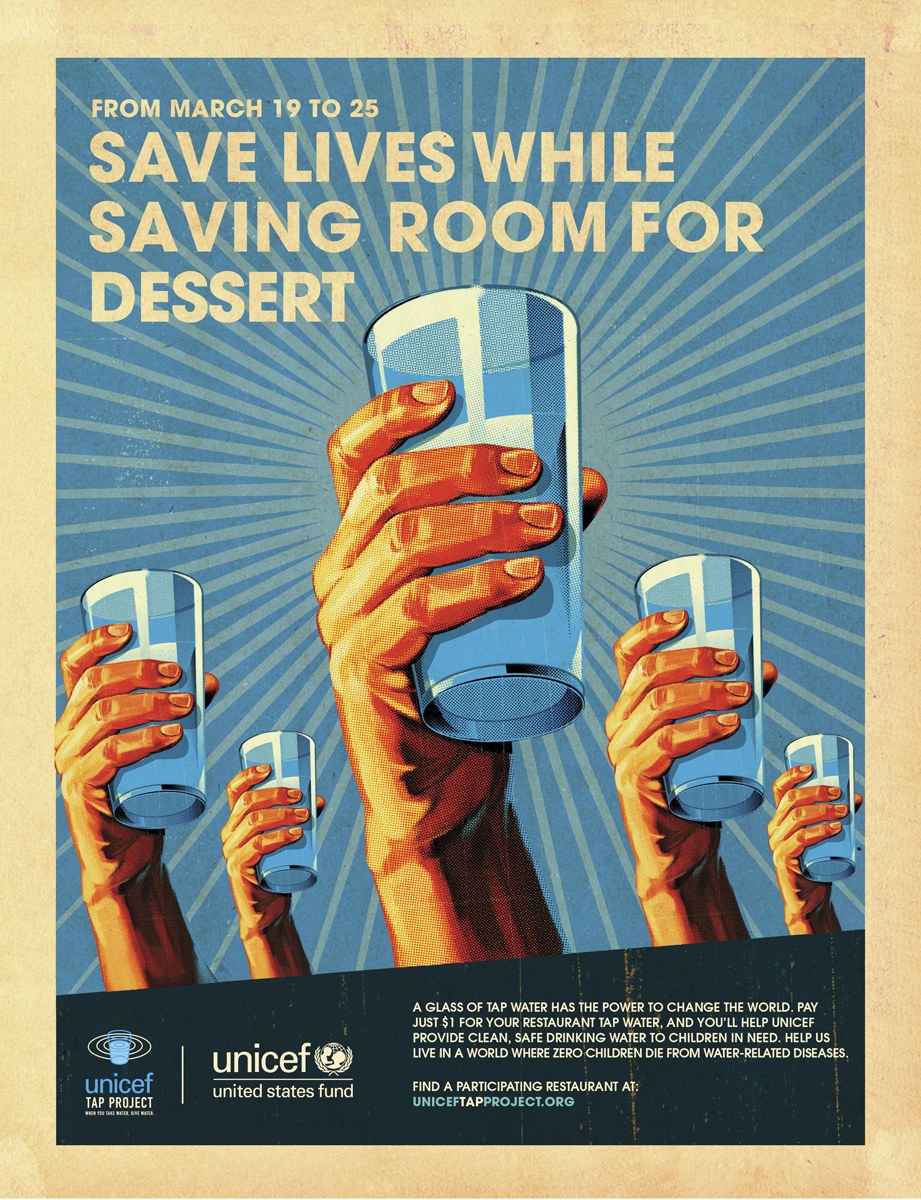 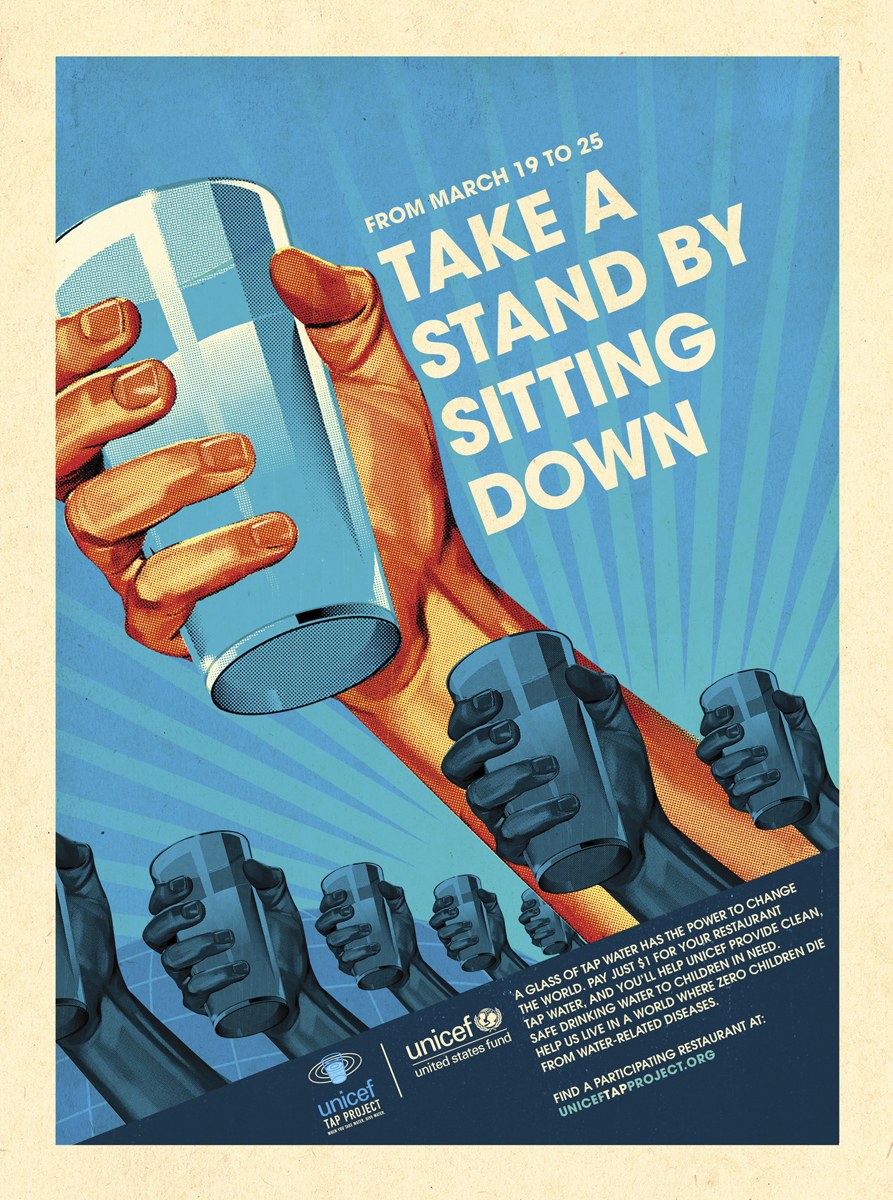 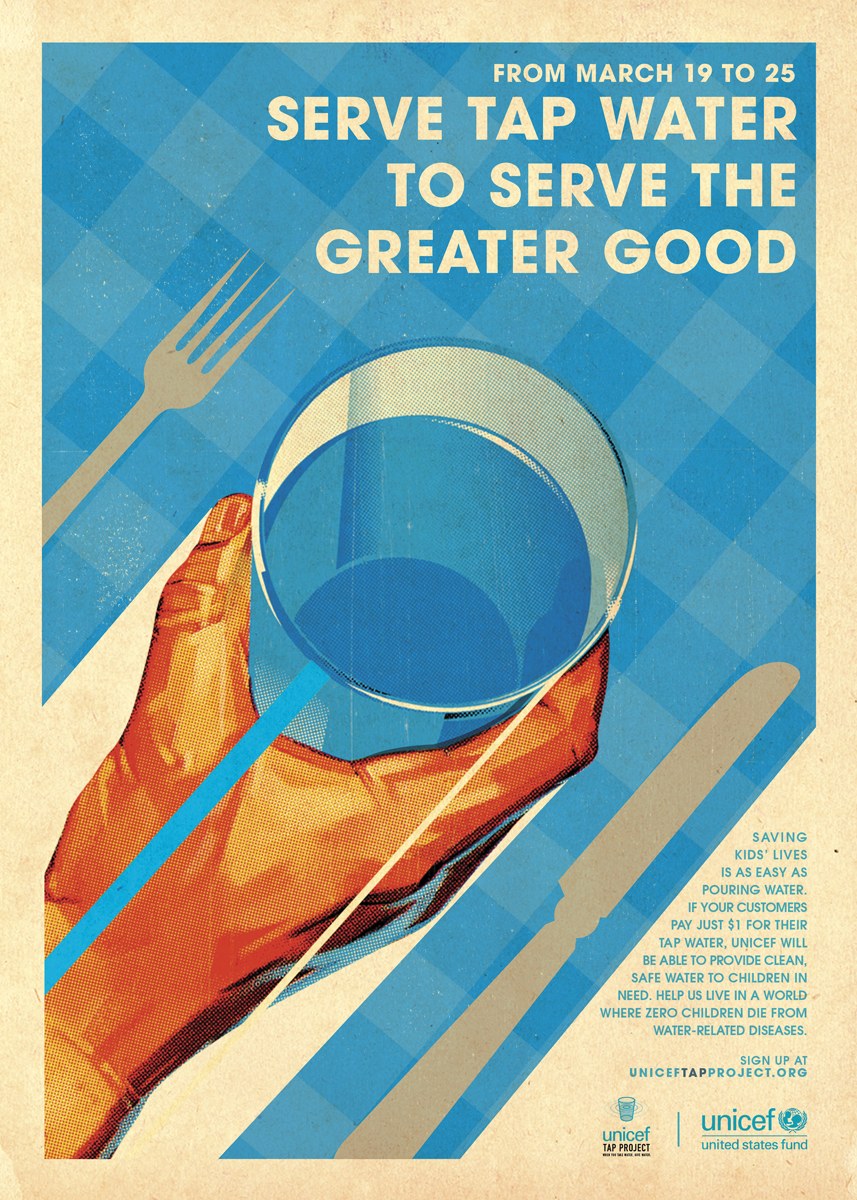 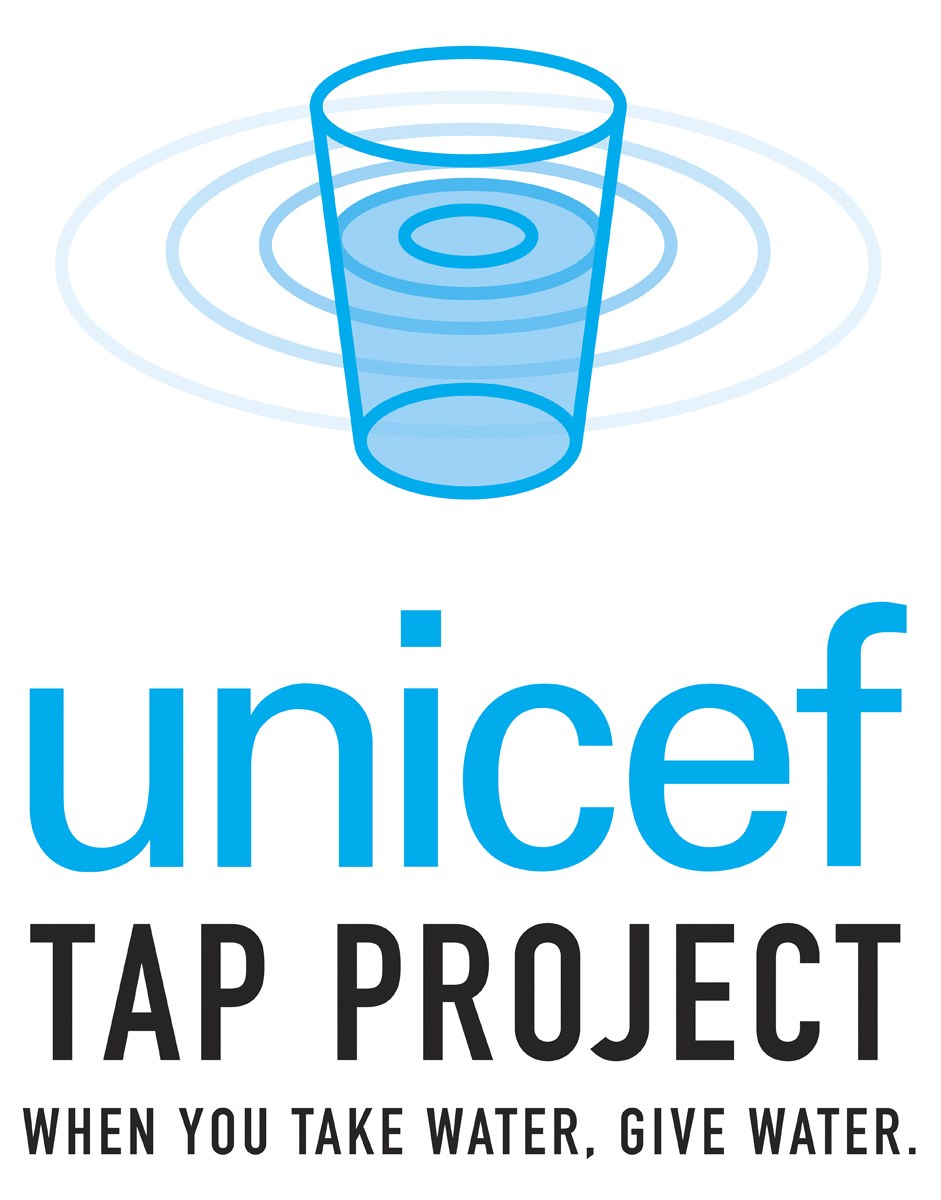 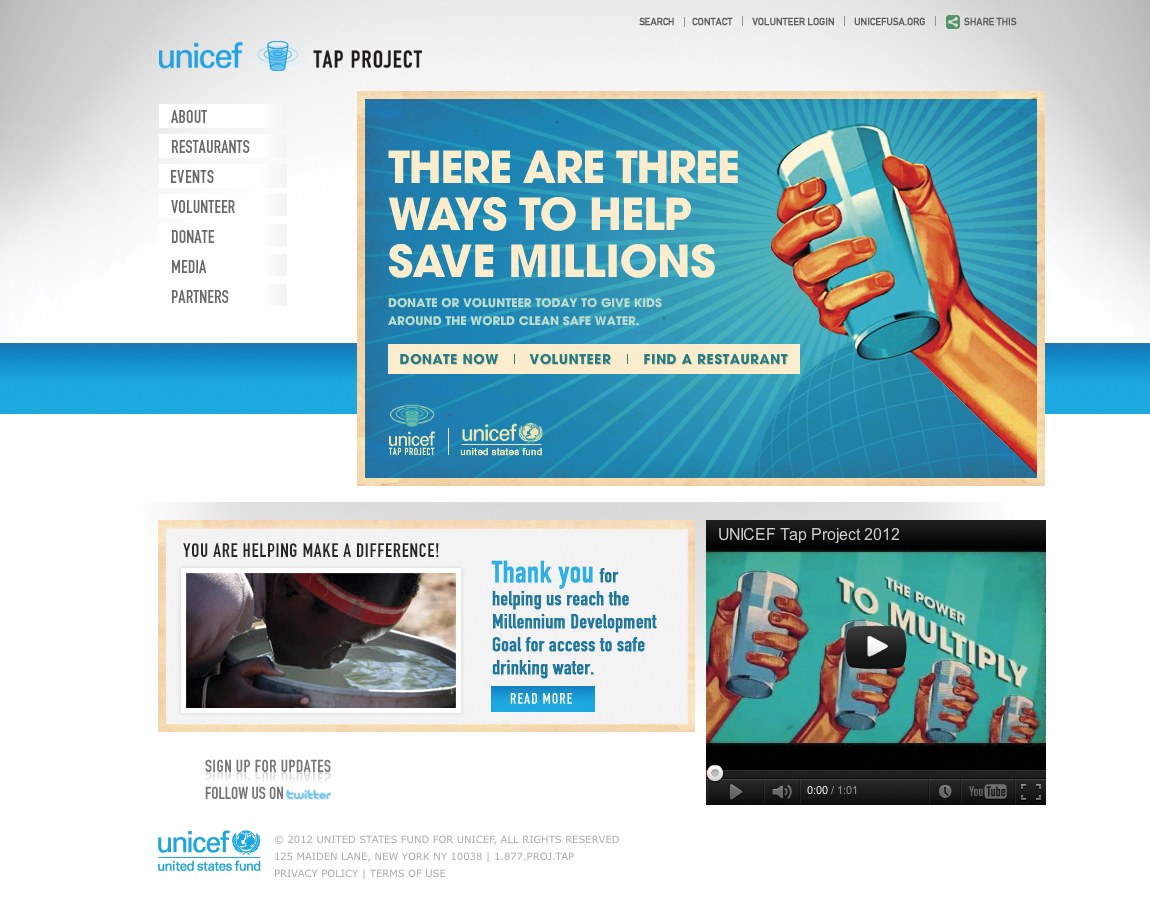 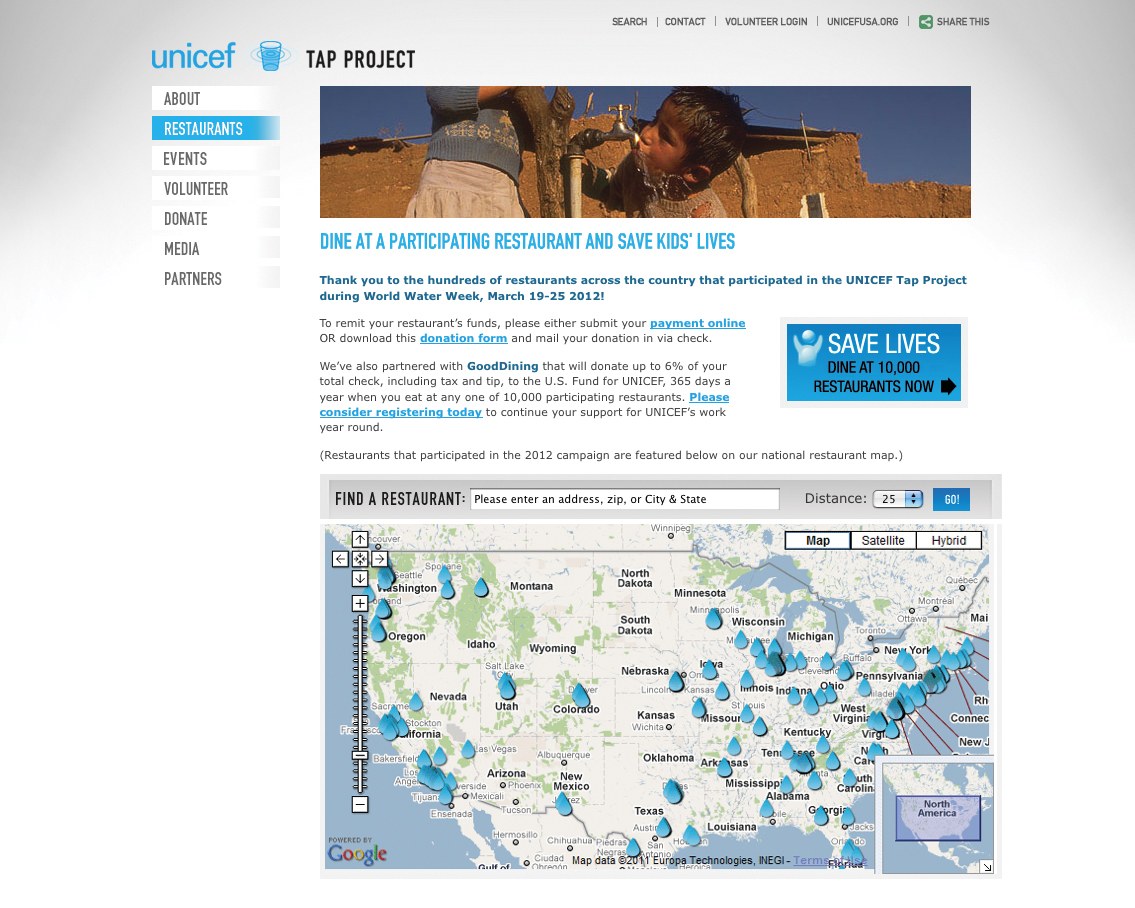 "There's nothing more basic than a glass of water. But for the month of March, an eight-ounce glass is not just a vessel that carries water. It's a vessel that carries hope for children in need around the world. In the sixth year of this campaign, we demonstrate the power that a glass of water can have. With the help of the UNICEF Tap Project, a glass won't just replenish the thirst of one person. It has the power to replenish the thirst of dozens. From March 19 to 25, 2012, just $1 paid for restaurant tap water helped provide clean, safe water for 40 kids in need." 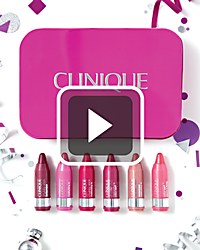 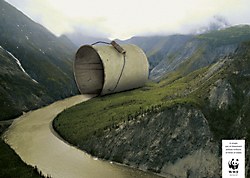 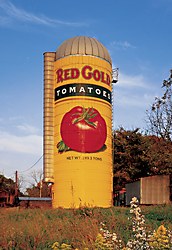 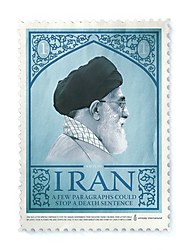 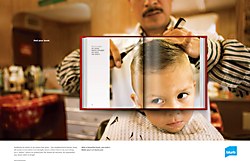 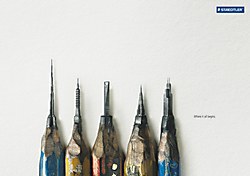 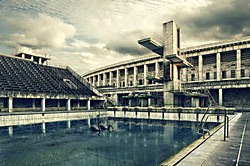 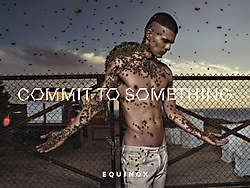 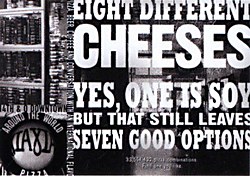 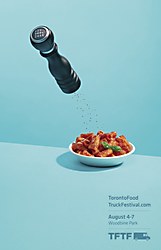 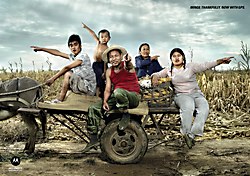