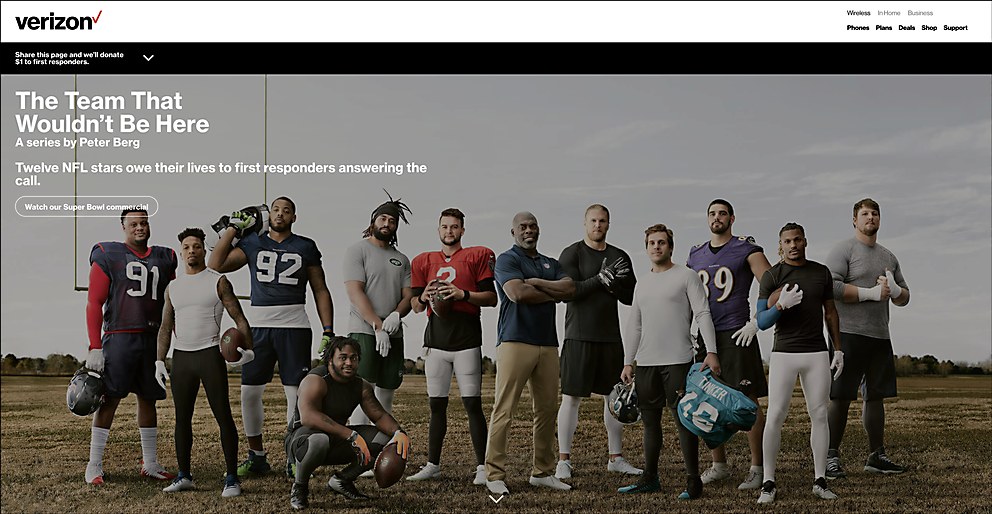 Users are invited to thank first responders in their own communities in the online hub for Verizon’s 2019 Super Bowl campaign.

Background: This is the hub for Verizon’s 2019 Super Bowl campaign, The Team That Wouldn’t Be Here, that features twelve NFL stars who owe their lives to first responders. With help from McCann New York, the site plays an integral part in how people engaged with the campaign, both through content and social participation.

Highlights: The site has two main functions; the primary was to introduce The Team That Wouldn’t Be Here and the personal stories of each of the twelve NFL stars. In addition, the site gives users, beyond the eleven players and the coach, a way to thank first responders in their local communities by submitting their thanks.

Favorite details: We knew we’d have a large amount of content, so we needed to find a way to hold over twelve videos without creating subpages, and at the same time, keep in mind load-time and the overall user experience. We went with a one-page funnel-approach where the top of the page introduces the overall idea, and then users could go deeper into the story and participate with each module as they scroll down the page.

Navigational structure: The top of the site works as an introduction of The Team That Wouldn’t Be Here. Below, users can learn more about the individual stories of each of the twelve NFL stars. The third module asks users to submit their own stories of thanks.

Technical features: The UGC creation and submissions-module was created in partnership with R/GA Ventures company Imposium. The custom dashboard was used to geo-tag and moderate submissions and the real-time video rendering capabilities were used to insert them into a geo-targeted live-action video featuring coach Anthony Lynn in which users would see recent submissions from people in their local communities. 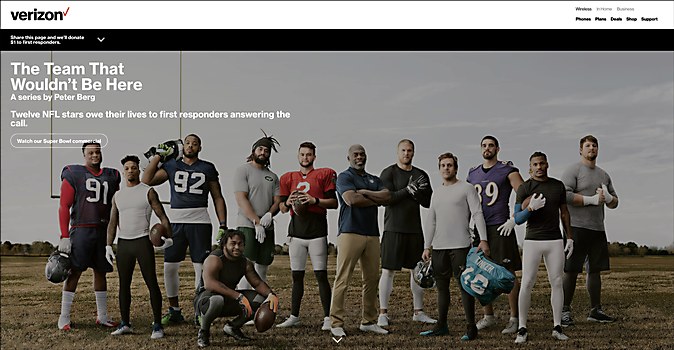 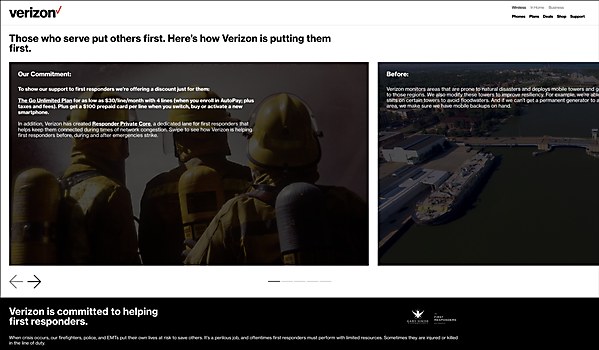 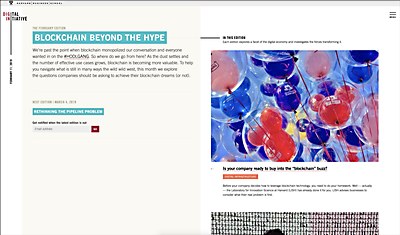 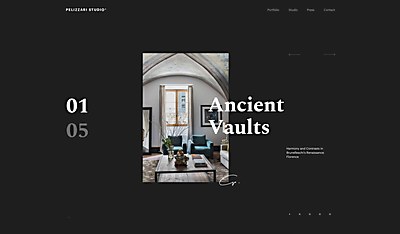