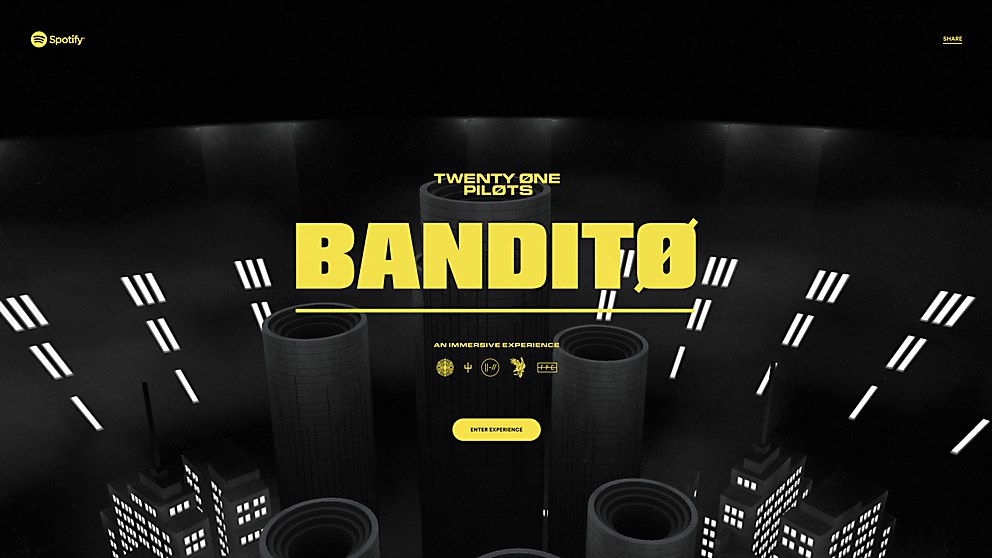 Users can journey through twenty øne piløts’s newest album Trench and explore what it means to be free.

Background: Banditø is an immersive, interactive-video experience released to promote twenty øne piløts’s album Trench. The band teamed up with Spotify’s in-house creative team and Resn to create an experience that was firmly rooted in the rich mythology of twenty øne piløts and its latest album. The primary target audience was fans of the band, but we also aimed to attract new fans by creating a rich and accessible experience that anyone could enjoy.

Highlights: The experience focuses on a journey through five different environments. This journey represents escaping from the dystopian city of Dema, which is set in the band’s fictional world of Trench. We wanted users to enter an experience that fully embodies this odyssey — travelling through a world built out of moody environments, cryptic graphics and hidden messages. Each of the chapters connects to one of the five sections in the song “Banditø,” while a continuous transition from dark to light and from realistic to stylized creates a cohesive narrative. This transition symbolizes the journey from conforming to being free.

Challenges: To create smoothly animated terrain, we had to start from scratch to overcome some technical hurdles. It had to display a complex deformation. It had to have a diverse texture that didn’t look tiled. And it had to update quickly, without causing any frame drops. We ended up using a custom generated mesh-over, in which we mixed multiple textures at different scales. Then, we added high-quality lighting and a layer of fog on top to add to the atmosphere.

Navigational structure: We gave users control over the camera and created multiple paths to the destination. Each path is connected and users can move between them at certain moments in the journey. This enabled us to enrich the experience, but also create a metaphor about the mental journey from being anxious to liberated. Everyone’s process is different.

Technical features: We spent a lot of time creating a custom particle system that would fit our needs for the flower petal rain in the final scene of the experience. The system supported thousands of flower petals, enabling us to achieve a depth of field simulation and create a spiral motion around the camera while the petals were falling from the sky. 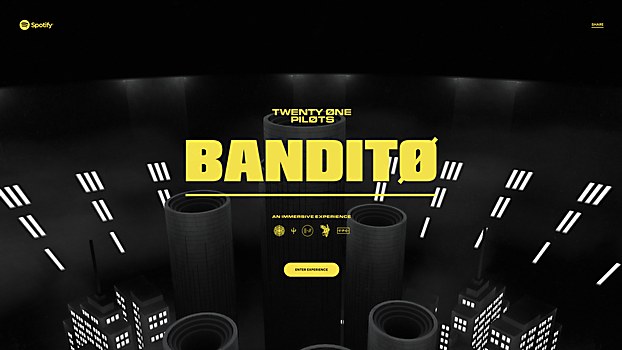 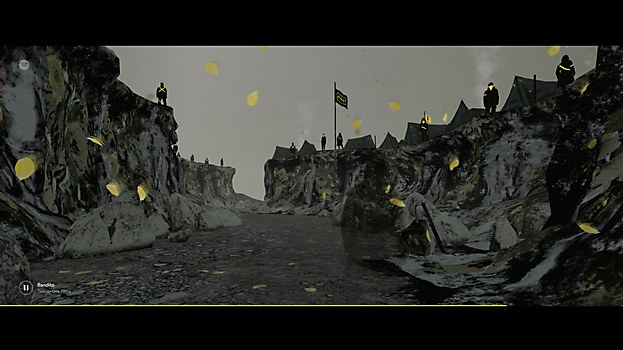 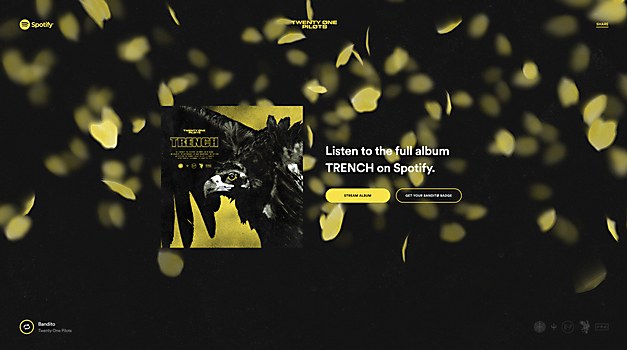 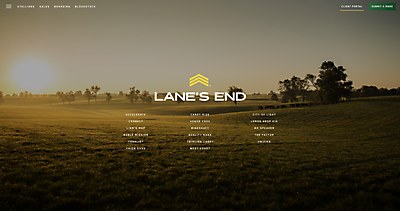 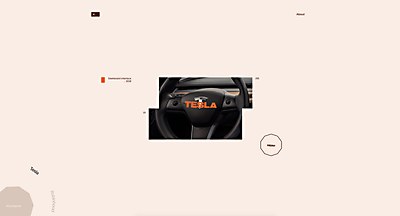 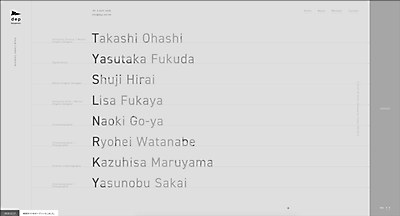