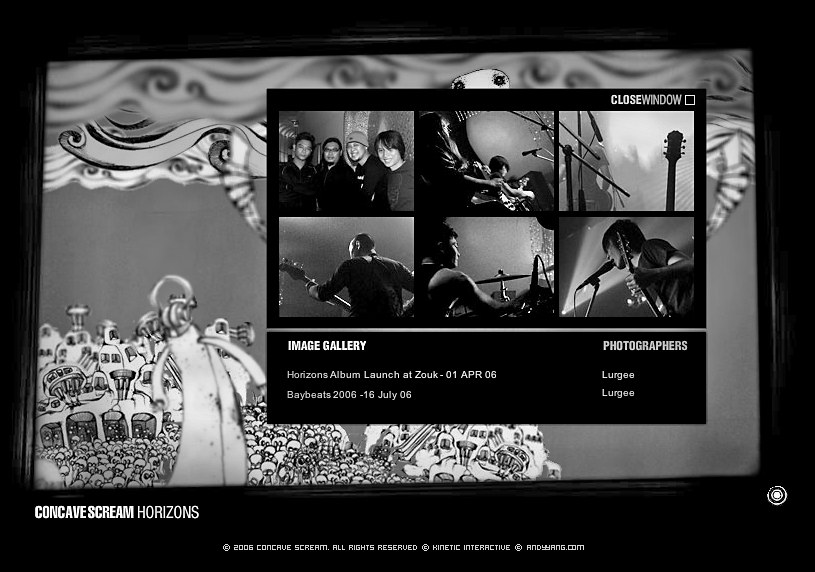 Dark and minimal with animation and illustration that exist only to animate the screen and create lightness in the otherwise heavy interface, this site targets the fans (between 16 and 35) of a veteran, Singaporean indie band. The site launch coincided with the release of the band’s fourth album, “Horizons.” Serving as a promotional platform, like any other band site, it’s also a showcase of Concave Scream’s music and bios and keeps visitors informed about upcoming gigs. The simplicity of the navigation and a concise content offering makes it all unfailingly easy to access. We’re not the only ones who think so: The site’s done such a great job of showcasing the music on the world stage that the band’s garnered interest from overseas listeners.

• The site consists of 12 .swf files, a basic 2-level structure and 8 sections, with 39 MP3 files in the audio section and 54 JPEGs in the viewing gallery.

• It's also garnered a number of major awards, including a nomination for a silver pencil from D&AD as well as an FWA Site of The Day. 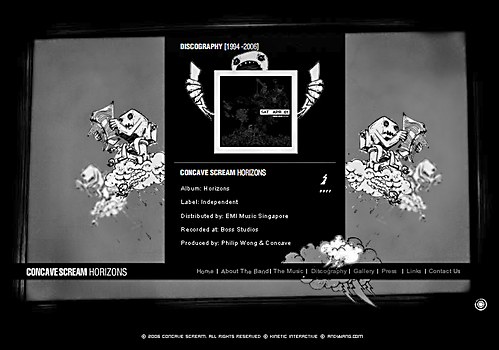 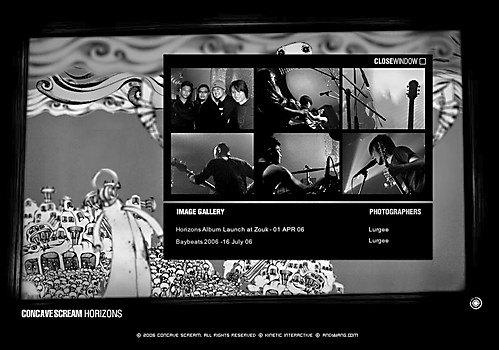 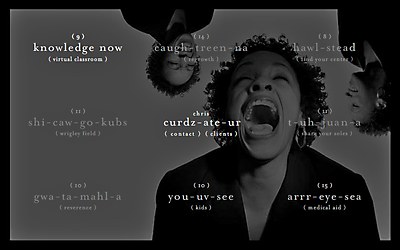 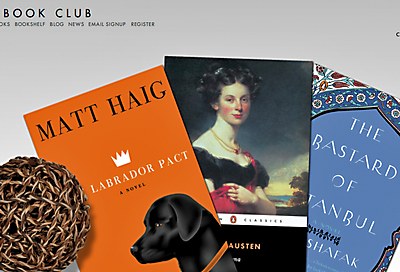 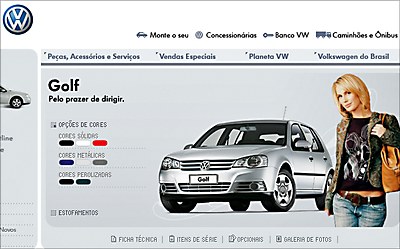