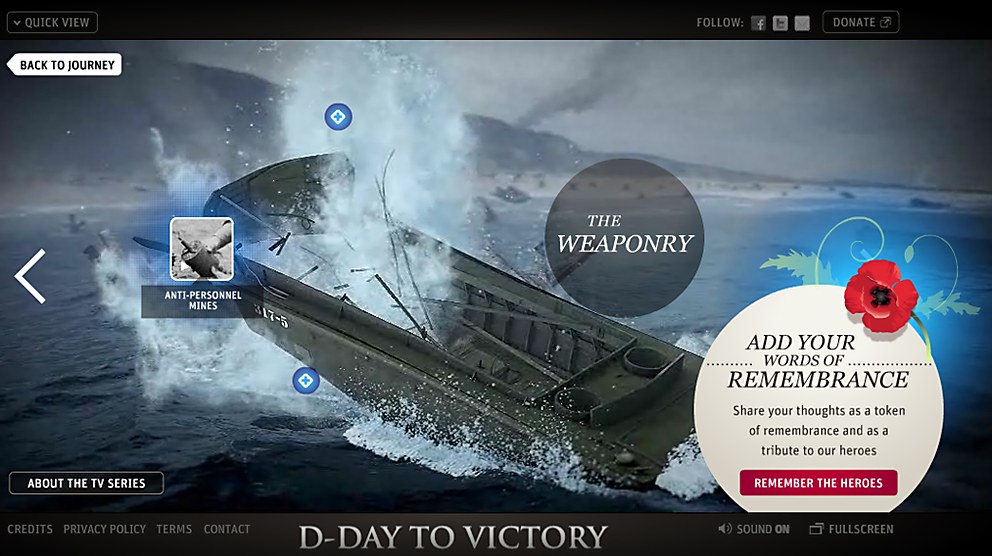 This interactive narrative follows the Allied D-Day journey from the invasion of Normandy to the siege of Berlin. Featuring poignant interviews with the men who were there, it extends a six-part TV documentary, D-Day to Victory.

Six 3D scenes offer expanded views of the attacks and take users into the heart of the battle through a tapestry of content that includes video interviews with the survivors (including Canadian, American, British and Russian Allied veterans), biographies, artifacts, newspaper clippings and personal photos. For many of the veterans, this will be the last time they are able to retell their stories of the final assault on Nazi-occupied Europe.

• Its huge promotional push consisted of a two-hour launch event organized by the broadcaster; the first hour was dedicated to unveiling the site to veterans and the media and the second hour was a screening of the first episode of the TV series.

• There are literally hundreds of images, videos and audio files (about 5,000 files used on 5 to 6 levels), so the site uses a mixture of bandwidth profiling, low-quality transitions into higher quality scenes and progressive smart loading. Small UI and image elements are loaded upfront and cached while the remainder responds to the user’s connection, progress and interaction.

• A technique for embedding data into specific cue points of a video through XML enabled the creative team to use the CG and motion graphics sequences created for the show and transition them to the interactive build in order to match the level of television production with the interactivity of online content.

• To cater to users who want quick access to the content, a Quick View nav allows users to navigate away from the storyline and launch directly into specific sections.

• As users make their way through the content, they’re prompted to share their thoughts in Remember Our Heroes where each comment is represented by a single poppy, the international symbol of remembrance.

• The site’s received close to 250,000 visits since launch with an average of five minutes spent per visit.
www.ddaytovictory.ca 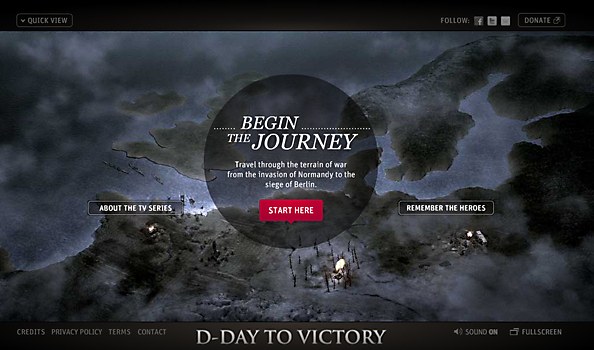 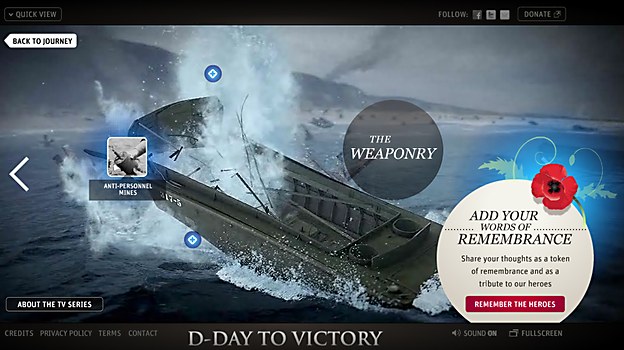 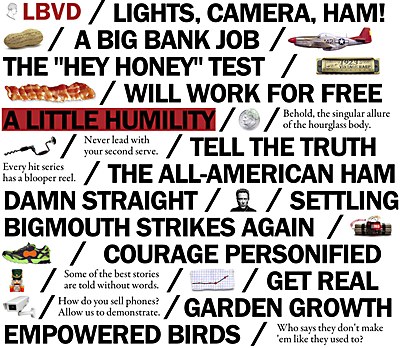 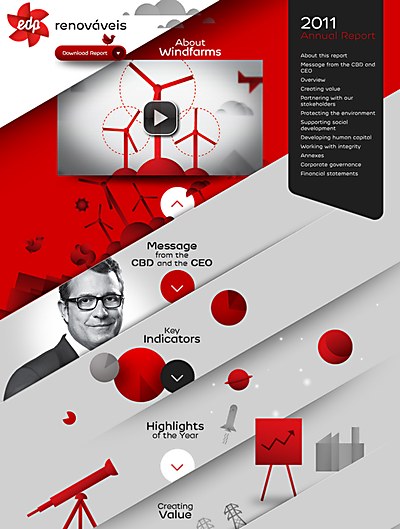 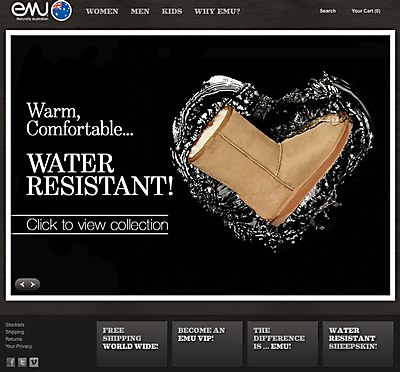