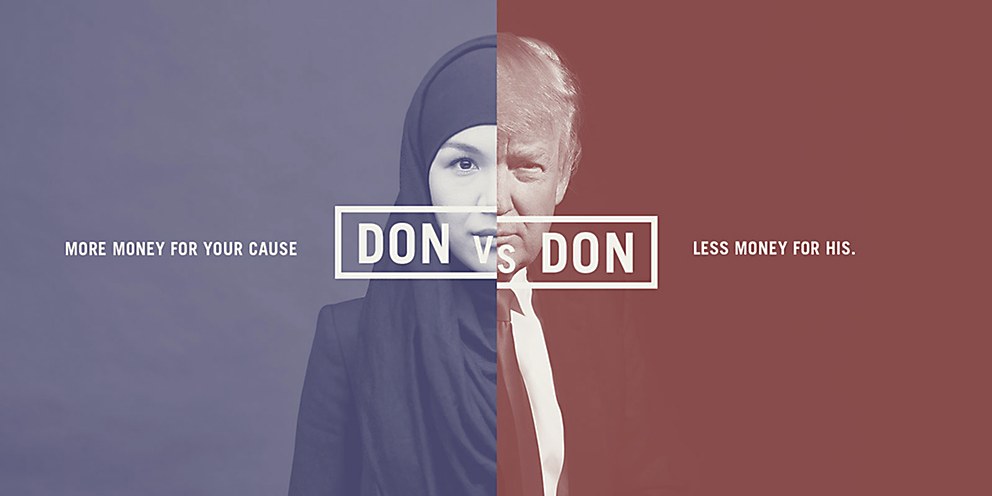 To put it mildly, not all American citizens are happy with Donald Trump’s proposed budget cuts. For those that want to do something about it, there’s Don vs Don, a site by the group of six talented people known as Loser Collective. Pitting donations against Donald, Don vs Don encourages people to donate by showing just how much a donation to a cause will hurt Donald Trump’s plan by way of a tax break. As visitors scroll down the page, the site subtly promotes the idea of balance by showing causes on the left and images of Trump on the right; the left side of the site moves upwards while the right side of the site moves downwards, further expressing the idea of bolstering one group while minimizing another. As more of Trump’s policies become clear in the coming weeks, more nonprofits will be added to the site. And rather quickly because, as one of the members of Loser Collective says: “The thing with Donald Trump is that he constantly tweets about new topics every day.” 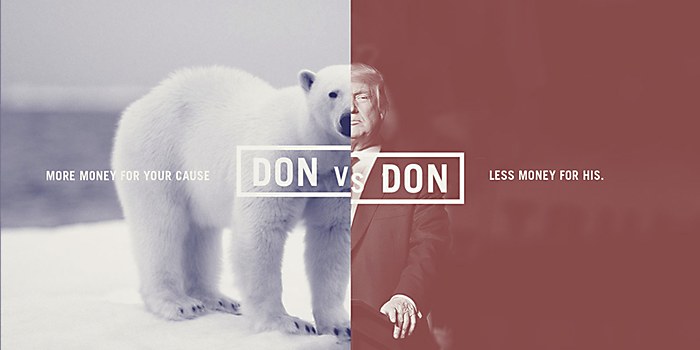 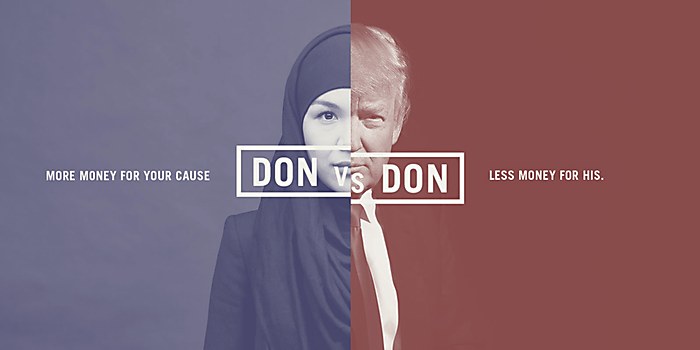