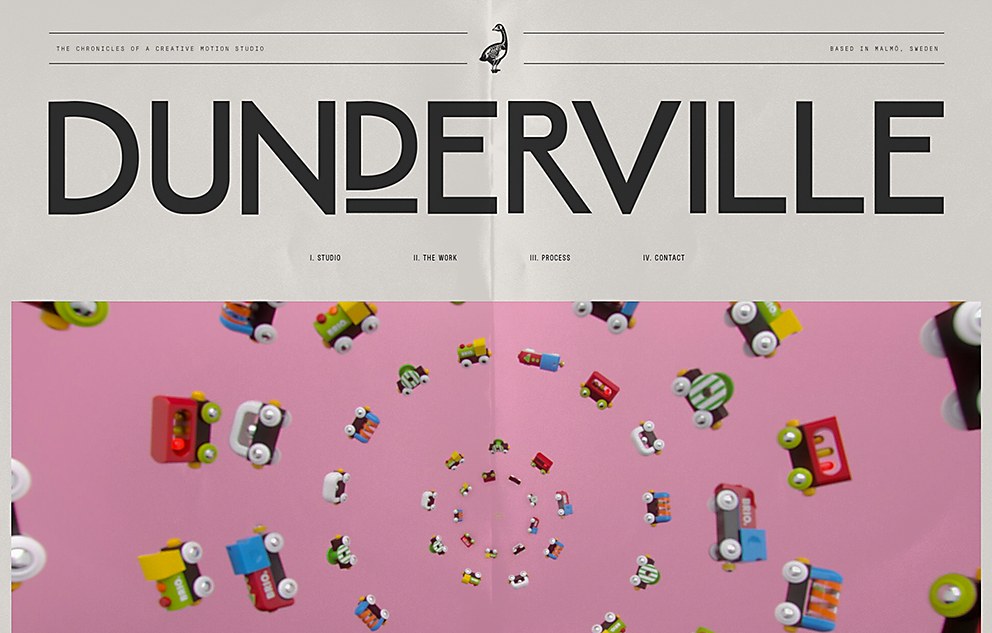 Taking cues from a town newspaper, this site by Studio Nolie and Superhero Cheesecake draws us into the work of animation studio Dunderville.

Background: The site is for Dunderville, a film and animation studio based in Malmö, Sweden. Dunderville offers brands and agencies concept-to-completion motion content for any channel. The site communicates who the agency is and how it works, explores its best work, and provides an easy way to get in touch.

Design core: The first part of the project was branding the studio. The name Dunderville is a combination of dunder (“thunder” in Swedish) and ville (“city” in French.) The goose is a symbol for the south of Sweden. However, in a city like Dunderville, the symbolic goose would take a hit from an obvious power of nature: lightning. The logotype is inspired by French street signs and letterpresses, which brings together the fictitious town and storytelling narrative.

Narrated as the “Chronicles of Dunderville,” the site takes cues and hints from newspaper layouts to showcase the latest from the town of Dunderville. Every town needs a newspaper to talk about what’s going on!

Favorite details: There are small details peppered throughout the site. The logotype builds up and moves horizontally like a news marquee—especially on mobile. On the About page, you can hit the portraits of cofounders Erik Arheden and Jonas Kornhall with lightning; a skeleton version of them becomes visible and displays parts of their character, including their interests.

On the Process page, we explain how Dunderville approaches projects. Each step is visualized with tons of little references and metaphors captured in animated collages.

Navigation details: All the pages and subpages are numbered, just like a great novel.

Technology: We used a simple stack to create this site. WebGL creates the image distortion effect, and JavaScript handles all other animations and transitions. In the back end, we used the headless CMS Contentful. 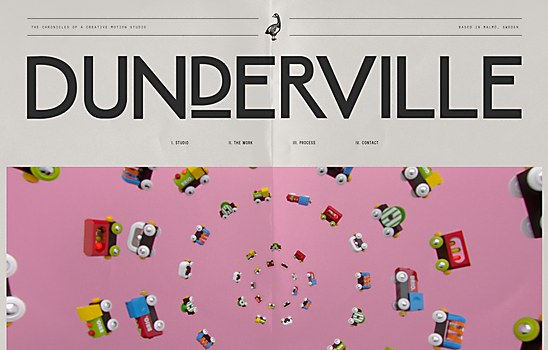 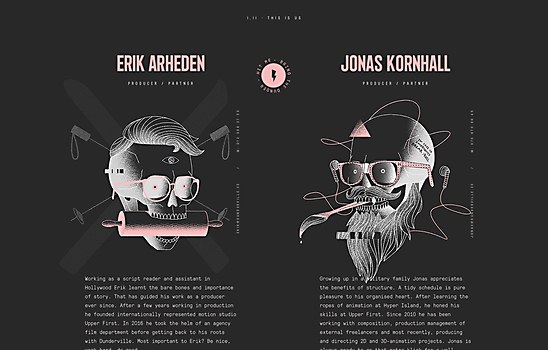 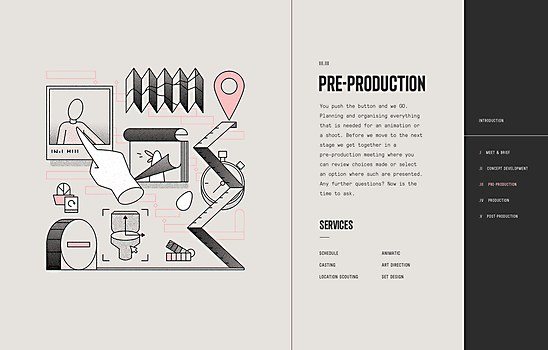 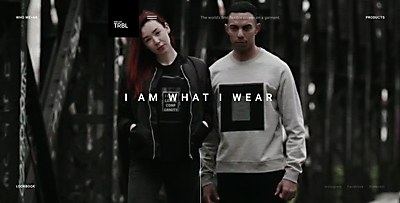 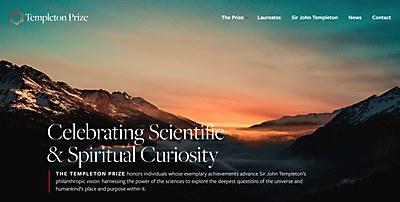