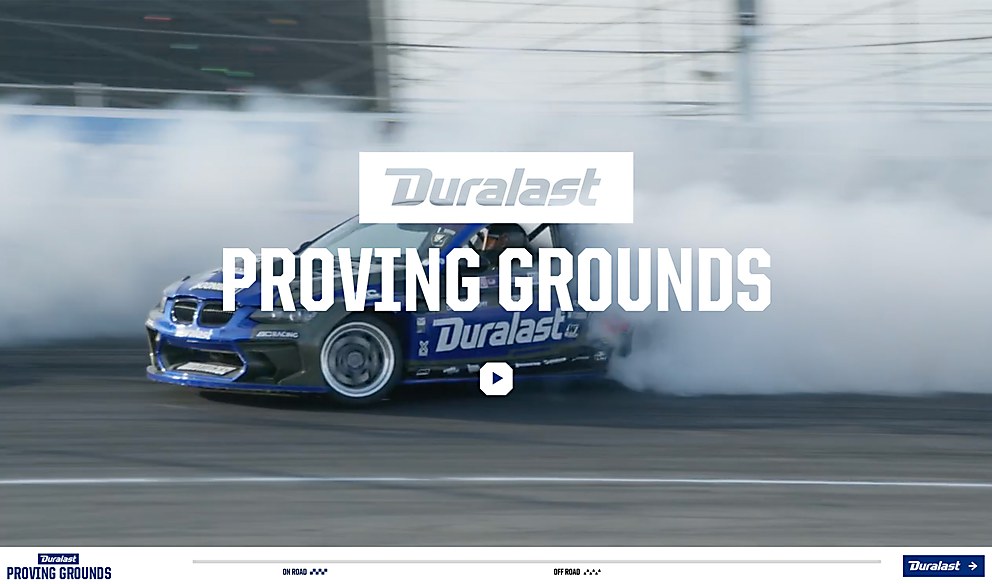 Background: Duralast automotive parts are made for reliability on the everyday commute, but the quality and performance is OEM or better. For the Duralast Proving Grounds campaign, we teamed up with AutoZone and pro formula drift driver Josh Robinson to put Duralast parts to the ultimate test, gauging their performance on high-speed tracks, extreme off-road trails and frozen lake beds. The site and campaign validates just how tough Duralast parts are. Our audience is the professional technicians who install parts for customers day in and day out, as well as DIYers who love caring for their cars.

Larger picture: The site acts as a central hub for a larger 360 integrated campaign. We created full-page and two-page spreads as well as trifold ads for premier automotive publications, such as All Chevy Performance, Modern Rodding, Motor Age, MotorTrend and Ratchet+Wrench. Email campaigns went out to partner lists from some of these publications as well as Duralast and AutoZone subscribers. The video content supported strong social assets, from YouTube preroll ads to Facebook and Instagram stories, all of which drive back to the Duralast Proving Grounds site.

Design core: The Proving Grounds campaign is designed to show—not tell—how tough Duralast parts are by putting them through the paces on and off the road. Our “all-access cameras” let users watch parts performing up close—under the chassis of a Jeep Wrangler, in the engine bay of Josh Robinson’s custom-built Eurofighter, insider the cockpit as he swings into a drift or from a bird’s-eye view above the buttes. Failure is not an option for Duralast parts, and we created a bold, powerful visual language to match that toughness inspired by racing heritage, with symbols like checkered flags and off-road instruments like topographic maps. As you scroll through the site, animations, videos and interactive elements come to life, pulling you in to see for yourself what Duralast can do.

Favorite details: From the campaign films, our crew and gear endured the same extreme environments as the Duralast parts. From drifting a custom race car over 100 mph in a 20-second pass to running cars over ice at 7,000 RPM for eighteen days straight. From drifting at -30 degrees Fahrenheit temperatures to driving up remote desert buttes at above 60° angles. From sliding into two or three Gs of sideways force in a draft car to inching up dangerous terrain while trying not to slide backwards. Our team was resourceful in getting footage using FPV drones and GoPros rather than pace cars and big crews. By seeing these extremes up close, users experience the speed, danger and excitement of being on the proving grounds themselves.

Technology: The Duralast Proving Grounds site was purely a front-end build by our team. We used Eleventy, which enabled us to perfect all of the detail and interaction in house and then package up the static site to deliver to AutoZone’s back-end team. Since we are all working remotely, this technology really streamlined and simplified the delivery and deployment process. 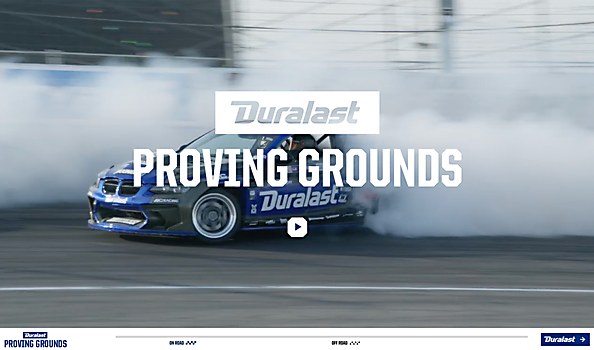 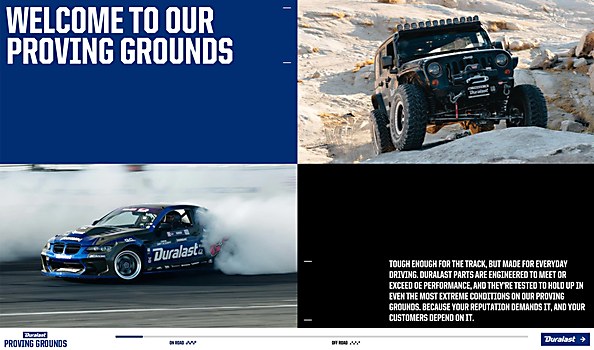 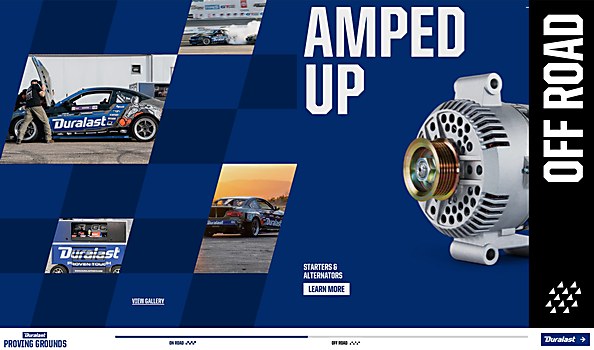 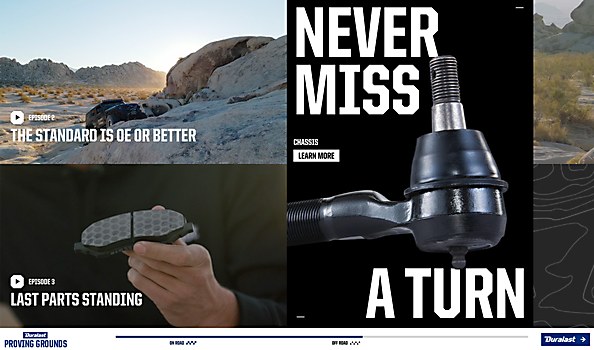 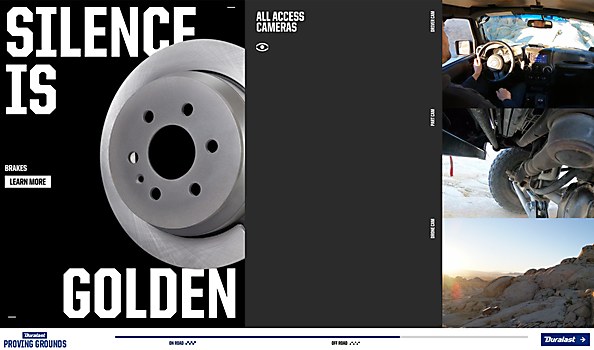 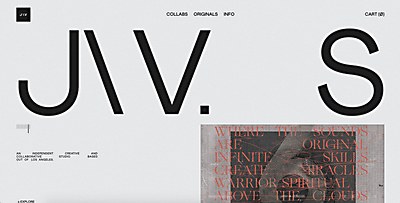 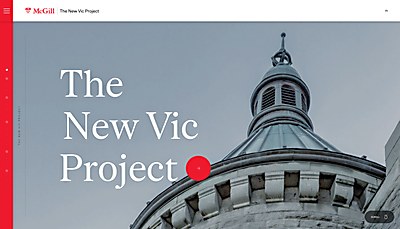 Webpicks / Health
The New Vic
Presented as an unfolding story, this site by Stereo details McGill University’s initiative to revitalize a historic Montréal hospital into a scientific research center. 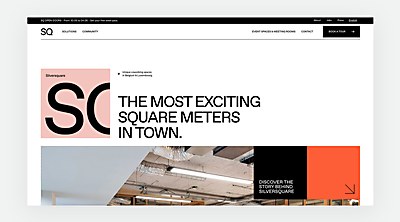