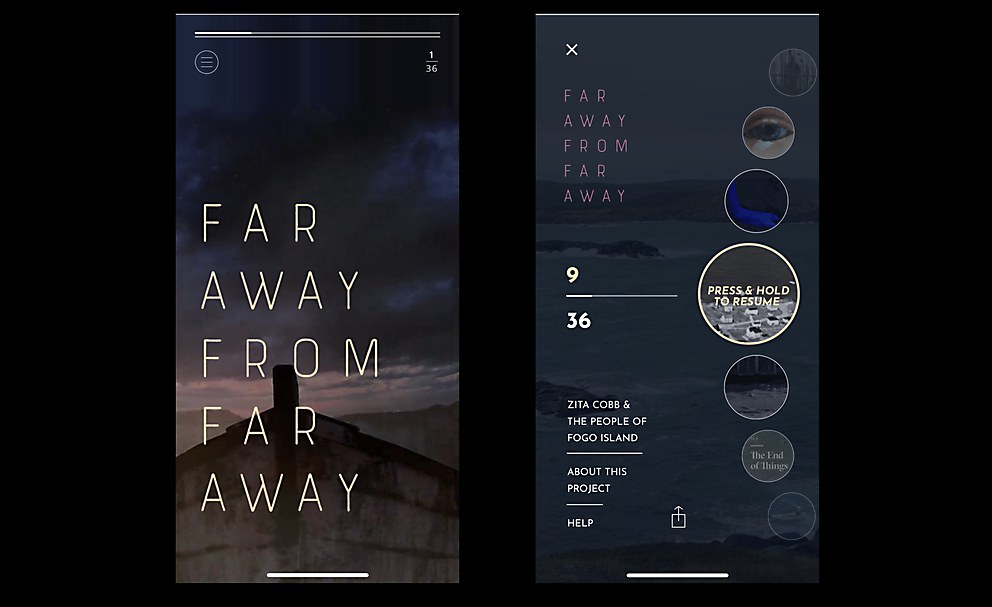 Far Away From Far Away documents a childhood growing up on Fogo Island through an ephemeral selection of content and narration.

Design core: Documenting life on Fogo Island, Newfoundland and Labrador, Far Away From Far Away (FAFFA) is neither a film nor a fully interactive experience. In a way, it can be likened to a clip browser but it’s both looser and more on rails than that too. It’s a long-form narrative for the phone, so it pushes up against conceptions of how we use mobile devices, how we consume media and what our relationship to narrative means as our modes of taking it in change.

The site is designed to minimize UI and maximize imagery, welcoming easy navigation by way of simple interaction patterns. The UI is heaviest on launch but stays mostly out of the way unless the user exits the story on purpose, whether to repeat or skip sections or to seek more information. The visual and interactive design of the site nod to Instagram Stories in terms of simplicity and speed of navigation between clips, typography treatments and a general ethic of light, breezy movement through the material. Color grading on all material was key to mood and structural delineation: most of the visuals were shot on iPhones with archival footage from multiple sources, and we included material from Google Earth, so grain and color treatments were also crucial to unifying the material.

Ultimately, the style is as disparate and multifaceted as Fogo Island itself and its changing identity in the wider world, from filmmaker Colin Low’s Challenge for Change films with the National Film Board of Canada to massive international publicity in The New York Times Magazine, TED Talks by Fogo Island–born businesswoman Zita Cobb, and mentions from celebrities like David Letterman. This handheld, polyglot portrait of Fogo Island designed to augment author Michael Crummey’s writing about Zita Cobb—the island’s most famous daughter—is unusual and moving: it relates to the past, has a certain universality and speaks to the current digital experience on a personal level.

Favorite details: I’m proud of the way this project pushes users to think about how they engage with visuals and with narrative. There’s an immediacy and an extreme lightness to the way mobile users consume pictures and words. This invites a certain lack of depth in one’s connection to content: it’s so ephemeral. We set out to mirror this ease of moving through content but chose, at the same time, to root the experience in the slow, linear timescale of the voiceover.

The pictures are another matter. While the story takes its own time, the images are set up for users to take their own time. I’ve often thought of the imagery as a digital form of cubism: multiple perspectives on the same subject, accessible at the whim of the user. It’s like the process of editing a film but without actually settling on a final decision, so each section becomes a floating set of possible editorial choices. In that way, it feels like a meditation on process, a way of opening up a wider sense of creative thought to the audience.

Challenges: We spent a lot of time storyboarding. It was tough to balance meaning between the clips and the writing without distracting users from one of these. The writing was the spine of the piece, and we needed to honor the story. Some iterations along the way were quite confusing, prompting questions like: “Why am I watching that while the narrator is telling me about this?” It was important to us to be able to relate obliquely to the written material, to allow parallel but divergent paths that expand the users’ impressions. But we needed to do that without disengaging them from the content.

As it ended up, interactions are light and accessible enough that navigation doesn’t get in the way. Both listening and navigational gestures become automatic so that users can freely take in and manipulate material on the fly. From there, the challenge was mostly about how much or how little to impose a sense of curation, balancing an experience completely on rails versus being completely free.

New lessons: In my work as an animation director, I’m super motivated by previsualization and process. If I were to start over, I would likely want to preplan quite a bit more and shoot much later in the process, based on a deep-dive, textual analysis and the rhythms of an edited voice recording of the story. As it was, we worked in more like a documentary process where we outlined our plans, shot early, and found the piece as we compiled, assembled, reconsidered and iterated. In the end, the process pushed me to work differently, which taught me a lot about the benefits of a less predetermined path. We may have lost some of the interpretive possibilities of a more methodological approach, but the effervescence of the rolling sets of clips suits the user experience well.

Navigation structure: As it was with the whole project, the story itself was the spine of the navigation structure. The writing was divided into chapters, but further divided into sections we ended up calling modules. The sections reflected rhythms and subject changes in the text: natural pauses and resets, shifts from emotional to informational modes, from one temporal period to another, and between points of view. We chose sets of clips, typography and imagery to suit each module but also designed a flow between these sets. This was with a view to keep the user engaged but also to shape the visual patterns in sync with a heat map of emotional change over the course of the narrative.

The idea was to navigate freely within subsections—admittedly, this also helped us with load times for the massive amount of video the experience had to serve up on mobile devices with a decent cellular connection—for an ultimately curated feel while maintaining a light, quick, effortless experience. As the FAFFA user listens and moves through tangentially related visual material, the sense of place surfaces and the clips that represent that place seem to react contextually. This oscillation between user awareness of curation and fluidity of navigation was a huge point of discussion throughout the project. 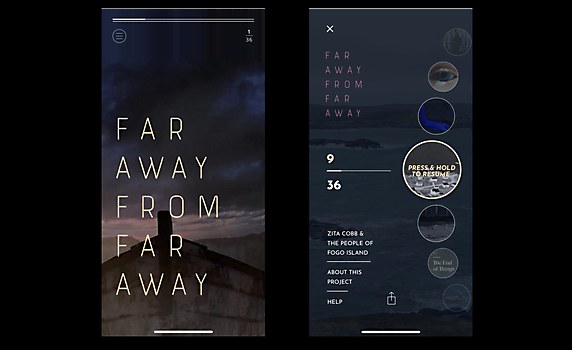 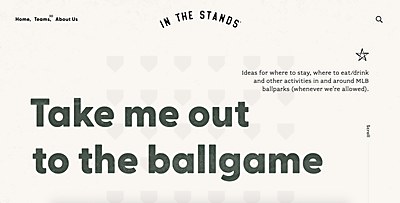 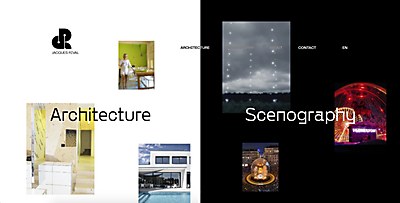 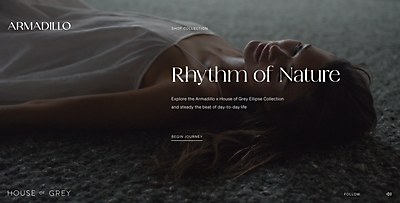