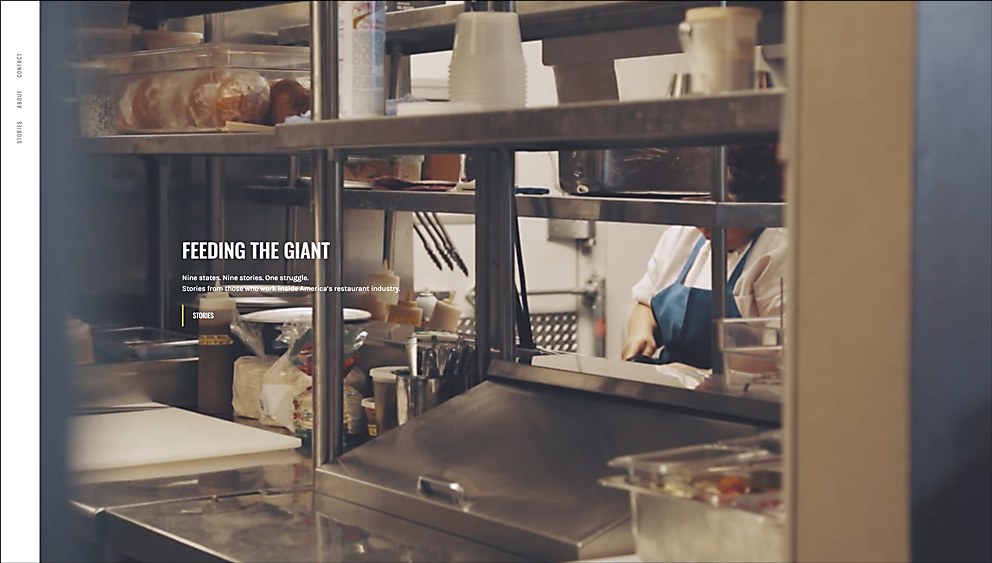 These illustrative video portraits paint a dynamic picture of the lives behind the hardworking restaurant workers across America.

Background: Feeding The Giant is a collection of nine stories told by restaurant workers across America. These stories showcase the individuals who feed our country, yet are often unable to feed their own families. It touches on the issues of working in a tipped-minimum wage system that has not seen a wage increase in over 26 years. The issues that are prevalent and widespread include sexual harassment, homelessness, poverty, racial and gender discrimination. While each video can be viewed individually, the site is a single space where all nine-worker vignettes are interwoven to tell the deeper, more complex story about what it means to be a restaurant worker today.

Highlights: The video portraits of the workers. Rather than simply portraying these individuals as restaurant industry workers, we wanted to paint a more dynamic picture of who these people are outside of work: mothers, grandmothers, writers, musicians, immigrants and activists.

Challenges: Visually tying the nine different pieces together in order to tell a larger narrative. We filmed the project over three years so the footage varied greatly from our first interview to the last. With help from illustrator Nigel Sussman, we developed the monochromatic, line drawings to be the thread throughout the entire piece, weaving together all nine stories.

Favorite details: We had extremely limited time with each subject, so we focused on the video interviews rather than shooting b-roll. In order to bring the stories to life, we used simple, line illustrations that build in an organic way. Our aim was to encourage people to focus on the spoken word of the person behind the political issues.

Navigational structure: The video and written vignettes were designed to be the focal point of the project so we needed to keep the navigation intuitive and simple as to not distract from the main content.

Technical features: Feeding The Giant needed to be built with a content management system that would allow us to scale the number of vignettes. For this reason, the site was built using Webflow. The flexibility of the Webflow Designer enabled us to use a template as a starting point and modify for our storytelling needs. It made it super easy to build a responsive site. 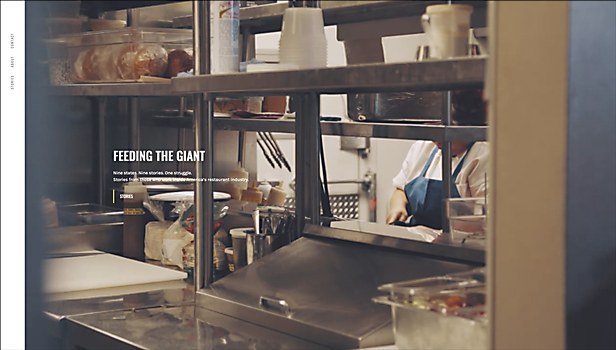 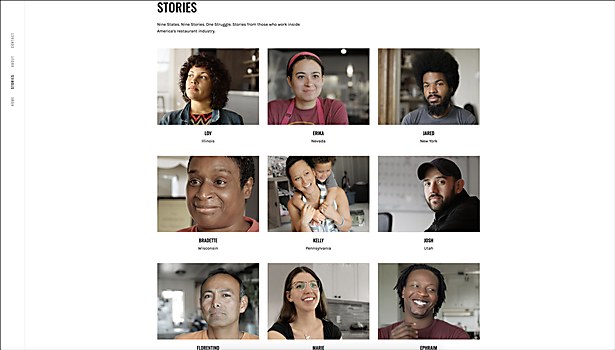 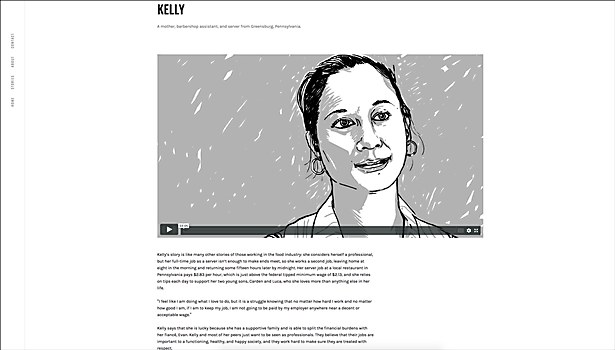 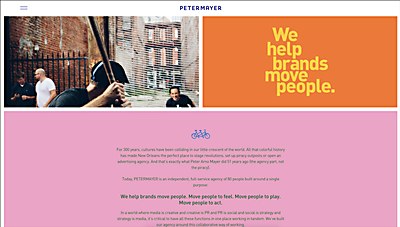 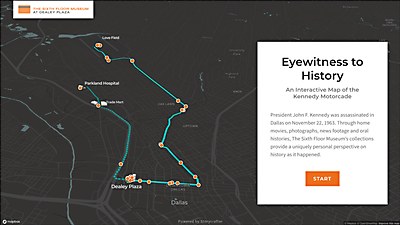 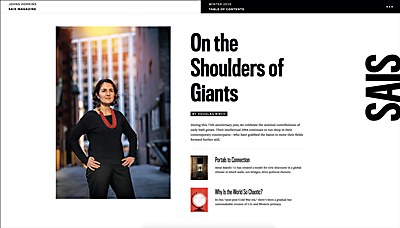