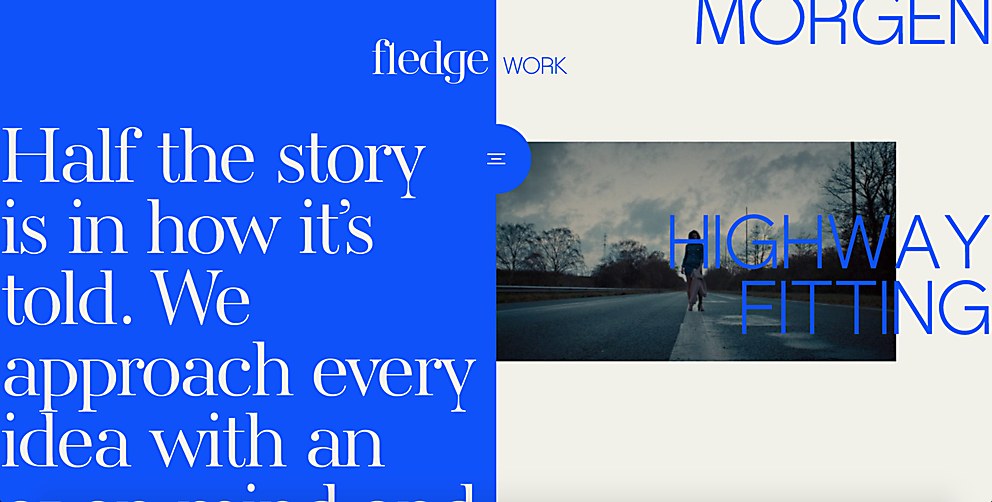 Lama Lama’s site uses a split-screen layout to showcase the offerings of this Belgian production company.

Background: Belgian creative production company Fledge came to us with a blank sheet to set up its new brand. From branding its whole company to developing a unique website—one that appeals to its creative target audience, one that feels different from the standard site. A website that breathes creativity and tells the Fledge story to visitors.

Design core: We came up with a concept that became the basis for the visual identity, the interactions on Fledge’s website and its promise: “Half the story is in how it’s told. We approach every idea with an open mind and craft it into a powerful film.”

This was also the genesis of the split-screen idea and the dichotomy of the colors and fonts: one serif, one sans serif. Then, we let both halves scroll indefinitely on the website, because we wanted it to feel like there is always something to show. We implemented this concept throughout the entire website. The difference between telling a story with words or with video is nicely contrasted in this way.

Favorite details: We put an image effect on the stills by using WebGL. When users scroll, the colors of the image are pulled apart. It is subtle, but that makes it nice.

Challenges: Completing the entire production within the estimated hours. Our entire team put their fanaticism and passion into the project, so the website had to match the promise and appearance of Fledge.

In addition, the endless scrolling was a technical challenge. We focused on the transitions, microanimations in the cursor and things like resizing browser screens, for example. We dove deeper into WebGL again with the entire team and emphasized the concept as a foundation for the site.

Navigation structure: The navigation is also built up from the split view. When you scroll on desktop, the hamburger menu moves up to make more space for the content. When you open the menu, the menu items also place themselves on half the page. Here you can also scroll through the menu items indefinitely, just like the content on the front page. 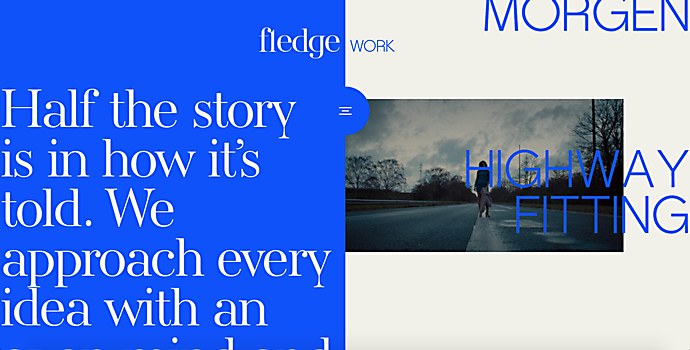 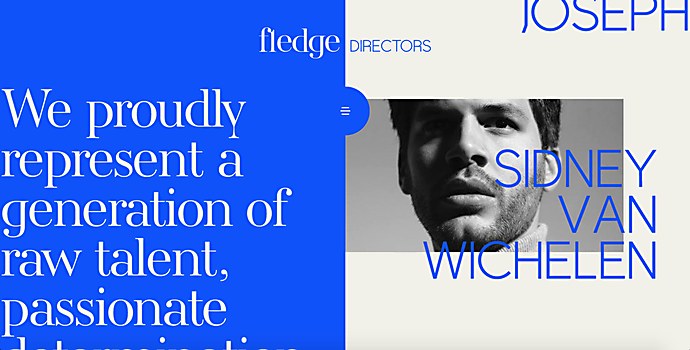 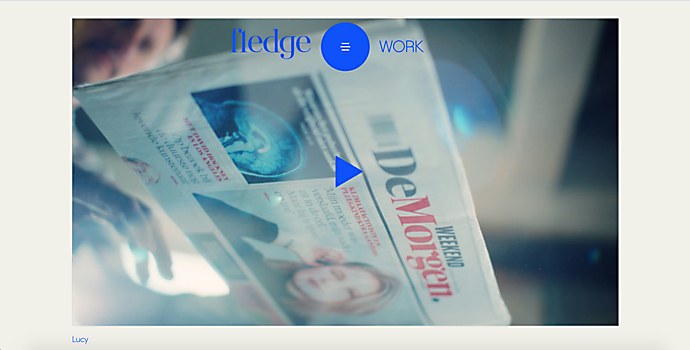 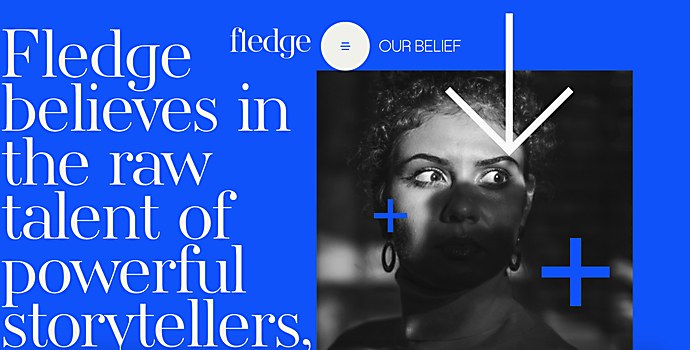 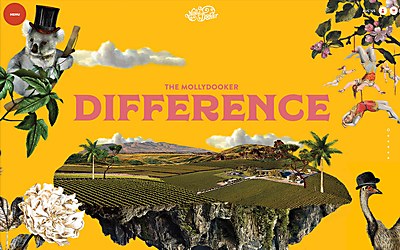 Webpicks / Food/Drink
Mollydooker Wines
By Makers & Allies, a psychedelic site with a kaleidoscope-inspired navigation communicates the personality of this South Australian–based wine. 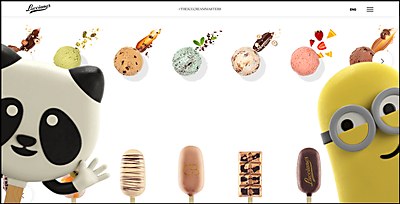 Webpicks / Food/Drink
Lucciano’s
A minimal yet dynamic site by estudio/nk positions this Argentinian gelato brand as a premier experience. 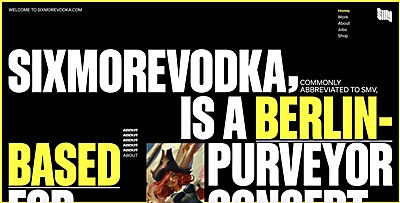