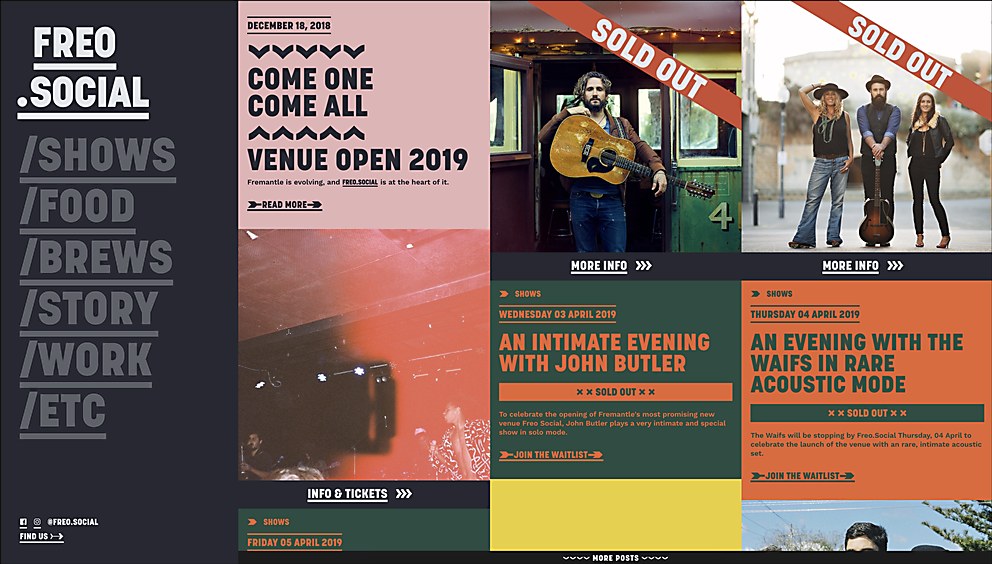 This online portal for Perth’s epicenter of counterculture and creativity exudes eclectic clunkiness and musicality.

Background: Fremantle (affectionately known as “Freo”) is the historic port for the city of Perth, Western Australia. Fremantle has always been the spiritual home of the City’s working class and an epicenter of counterculture and creativity. It has developed a reputation for regularly producing grassroots music acts with indie cred, from Bon Scott of AC/DC fame to Eskimo Joe.

However, Freo.Social will be much more than a live music venue. It will also be a hub of creative activity, with creative workspaces, beer gardens and the Entertainment Hall—a 500-plus space that will host local, national and international acts and be made available to local groups for rehearsals, performances, theater and events. Freo.Social’s name is also its URL, and there are plans for the website to develop into a portal to promote Fremantle arts and cultural events more broadly.

Highlights: Stylistically, the site borrows from music gig posters mixed with the military feel of the building in homage to its history. It’s rough around the edges, staying true to Fremantle’s music scene. This destination talks nicely to Fremantle’s working class history and has a strong sense of place built into the brand.

Challenges: Creating the right amount of chaos and clunkiness within a site that still felt good to use. We didn’t want something slick and polished, but at the same time, we wanted to build something that felt deliberate in its lack of refinement. Once we had an idea of how we wanted the site to work, we set out looking for other examples of mixed horizontal and vertical scrolling websites to see what had been done before to determine what we felt worked, and what we felt didn’t.

Navigational structure: The site is laid out as one long “poster wall” that dynamically creates “gig posters” to promote each of the venue’s shows. In other sections of the site, users pan across layered walls that are filled with type, imagery and mixed messages, recreating the wonderful creative chaos of the venue itself, online. It’s eclectic, unplanned and full of dead-ends, with spaces you can get lost in. Like any good poster wall, the site will get better and more chaotic with time, with layers of information leading to unexpected discoveries.

Technical features: To make updating and maintenance of the site as easy as possible, the site was constructed entirely in Webflow. This presented its own set of challenges, but led to a minimal build process that could be done almost entirely visually in the browser. After the initial structure and layout of the site were created, any additional functionality was added with simple CSS and JS. 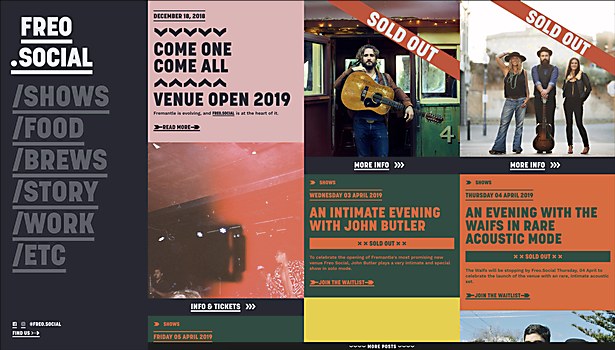 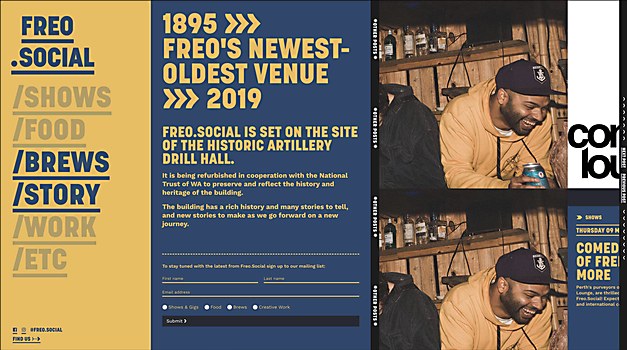 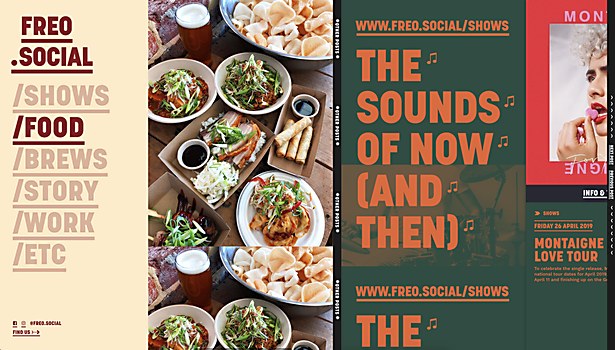 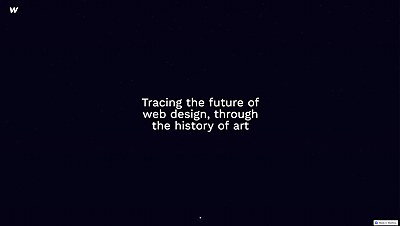 Webpicks / Education
Web Design & Art History
Users can learn about the longstanding history of art and how it ties in with the web design trends seen online today. 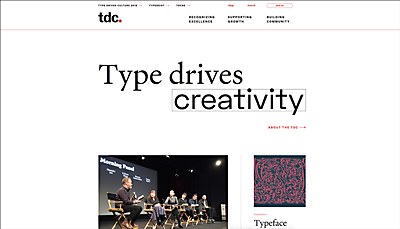 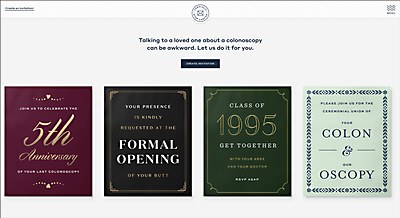