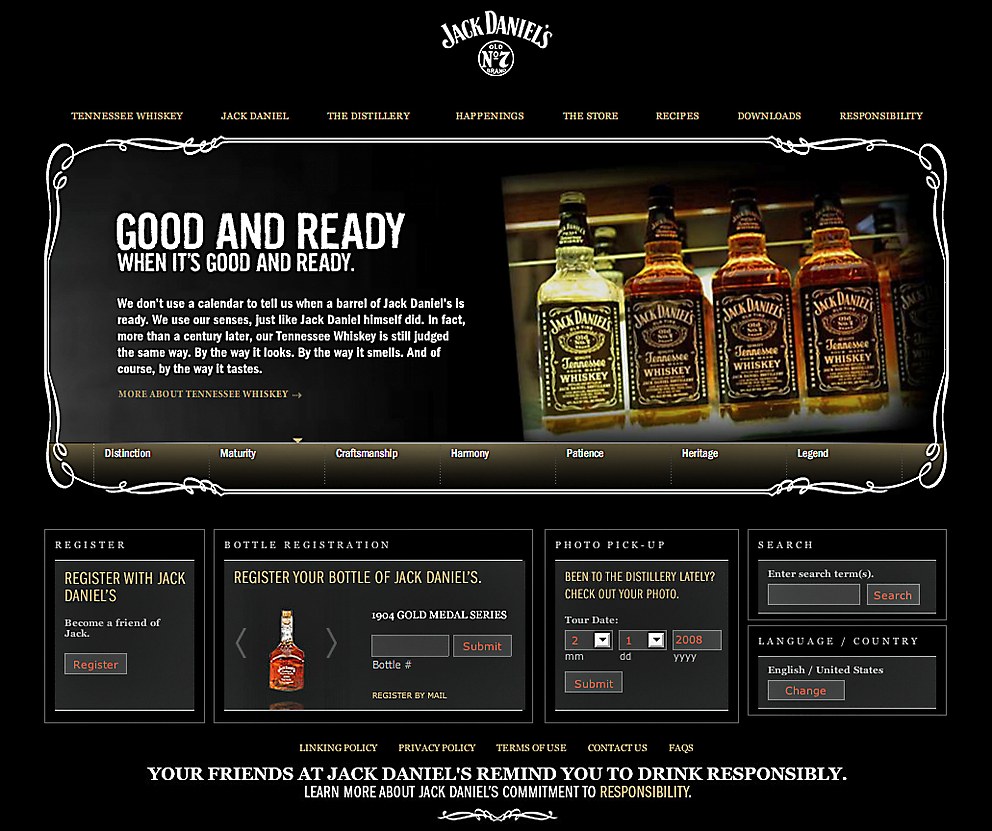 This celebration of the Jack Daniels brand consists of a user-friendly interface that enhances the brand image and relevance among a Web-savvy audience. In keeping with the brand tone and manner, its most notable characteristics are an upfront interface, straightforward navigation model and simple and intuitive architecture. In order to get visitors through the content with the least amount of effort, a full site map appears on mouseover of any of the main sections; all levels are presented in a single glance so visitors can grasp the information structure. One of the more unique elements is the requisite global age screener, that also enables visitors to change the site language and all copy from the default English.

• Once the content has been translated the site will be viewable in approximately fifteen languages. 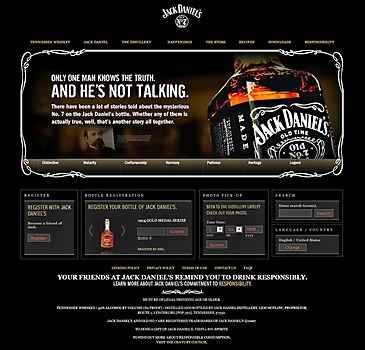 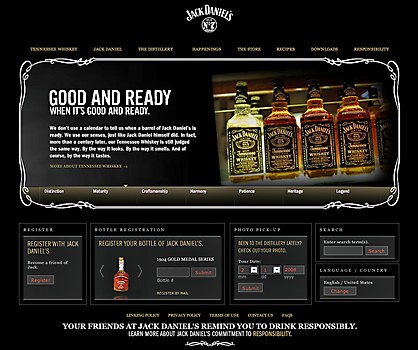 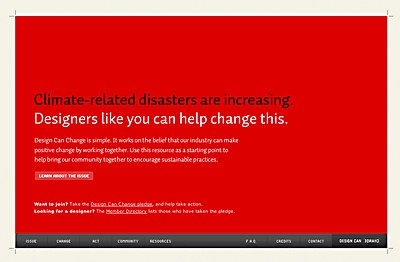 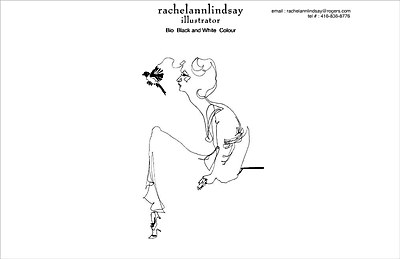 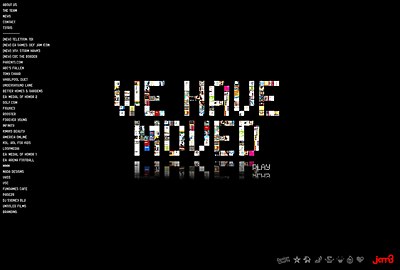