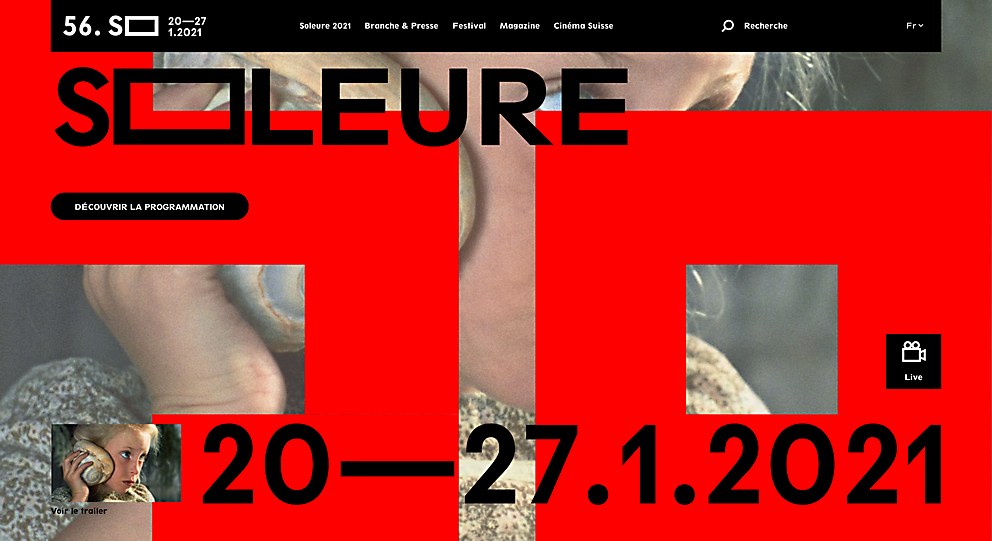 For this longstanding Swiss film festival, Akufen designed a site that brings modularity down to the small details and changes phases throughout the year.

Background: For more than five decades, Les Journées de Soleure (the Solothurn Film Festival) has presented a selection of contemporary Swiss films. It is the main event for Swiss cinema. Taking place in January, the festival fuels Swiss film culture and provides a platform for the public and filmmakers to connect.

The new digital ecosystem offers a more user-friendly experience, giving greater access to programming to as many people as possible. Moreover, the site aims to accompany the public and the films in their cinematic releases while increasing access to the history of Swiss cinema, mirroring the physical festival.

Design core: The most important feature of the website is the program section. Giving access to the vast program from multiple categories—competitions, genres, sections (current cinema and thematic sections), dates created—was the biggest challenge. Also, giving life to the archive was a great section to invent with two main points of access: one, a systematic access and a navigation system that enables you to go back into the past, with a timeline that spans decades; and two, with an immersive introduction that acts like a digital fresco, a great horizontal scroll that encourages more exploration and will be renewed with fresh content regularly. The second point of access also acts as a springboard for the systematic presentation of the archive.

Last but not least, the Magazine section answers the needs of both the festival and the public while preserving a critical tone—something necessary in a world where film criticism is disappearing more and more from general media. Its double access by formal or content approach enables different access points to its content.

Favorite details: Its multiple “lives.” The site supports different modes during the course of a year within the same framework: before the festival (driving pre-sales), during the festival and off-festival/the rest of the year.

Its modularity. We created a precise conception and modular construction that brings together complex aspects in a simplified, clear presentation. Modularity is present down to the details—for example, the use of the letters S and O, styled after the identity, in the Magazine section’s background working like the beginning of a chain to be continued by future posts.

Its liveliness. Animation throughout the site is well thought-out, never superficial. We approached it as a tool to increase understanding and orientation while stimulating the joy of clicking further.

Its reference to the festival’s history. The program grid (by day) is inspired by the very well-established print program grid. It references the past by taking the public further into the digital world, offering a simple and comprehensive overview of all nine movie theaters’ programming in parallel.

Its precise and simple way of addressing the public’s different interests. The site targets the general festival public with the program; the film industry with the Industry & Press section; and the general, year-long public with the Magazine and Archive sections.

Its equity in multilanguage publishing. There’s a full version in both French and German, and the site can be extended to English and other languages as well.

Special navigational feature: We had lots of fun creating a horizontally scrolling page for Cinema Suisse, which has a fun factor different from the rest of the site.

Technology: The front-end part of the website was built with our in-house JavaScript framework, NSFW (Not Safe FrameWork.) We also used some libraries such as GSAP, Swiper, Locomotive Scroll and Lazysizes. 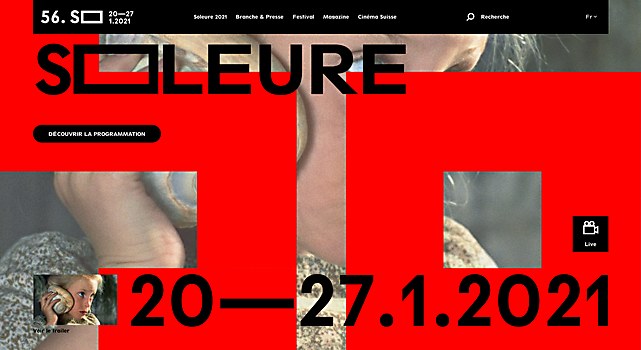 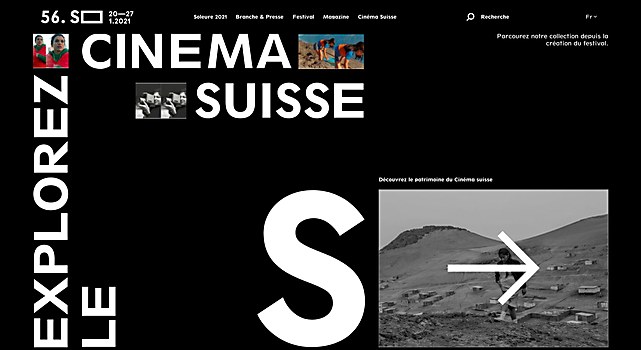 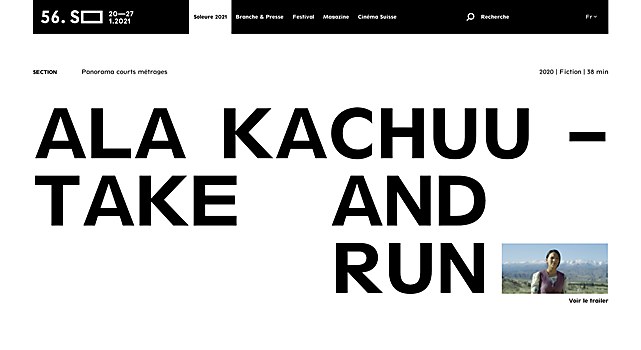 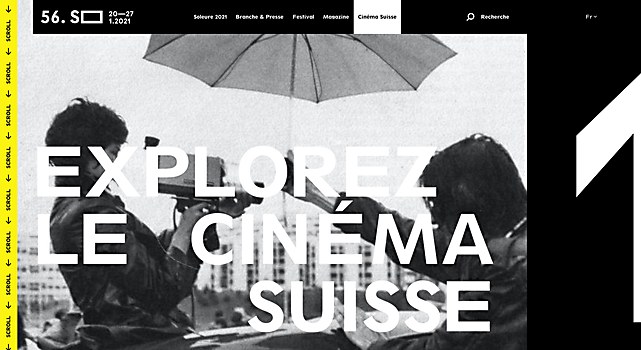 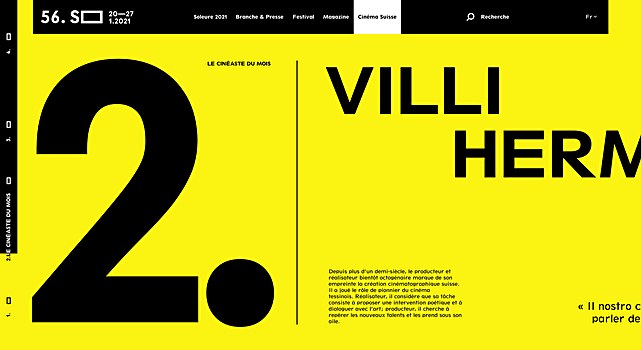 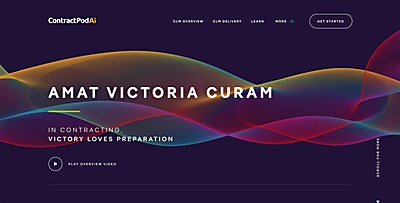 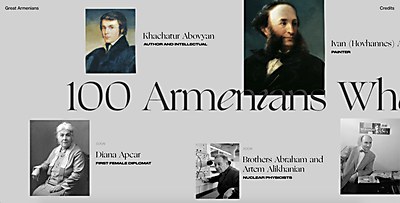 Webpicks / Education
100 Armenians Who Changed The World
To crystalize a drop of his country’s tremendous history on the Internet, Artem Militonian created this online compendium of famous Armenians. 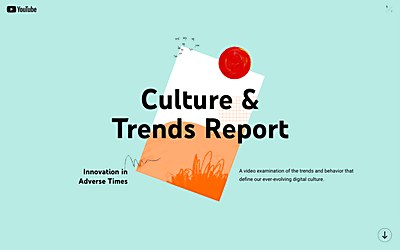