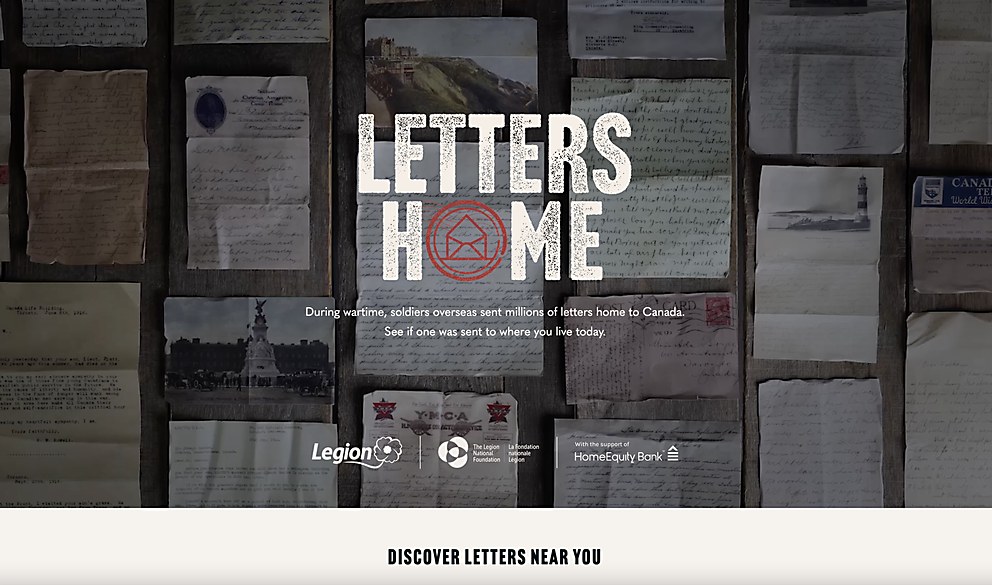 This digital anchor for Zulu Alpha Kilo’s campaign for HomeEquity Bank introduces Canadians to the World War soldiers who sent letters home to their addresses.

Background: On November 11, Canada observes Remembrance Day to honor all who have served in our nation’s conflicts. Our client HomeEquity Bank sponsors the Legion National Foundation’s efforts each year. The purpose of our site was twofold: to bring our wartime history close to home for all Canadians and to help the Legion raise funds for veterans in need. Anyone who donates to the foundation receives a digital poppy they can share on social media with the option to dedicate to someone who served. Due to shifting demographics, many Canadians can’t think of a name to write in that dedication field—we wanted to help modern-day Canadians understand that we are all closer to history than we think.

We realized that our homes and neighborhoods could be that missing connection. When people realize that the brave soldiers who fought overseas during the World Wars longed to return to the same homes we live in today, it takes something that can seem like distant history and make it feel much more real.

Larger picture: Our website was part of a larger campaign that included direct mail, OOH and video content. We mailed replicas of wartime letters to the homes to which they were initially addressed in 29 cities across Canada. We also showed location-specific letters in our OOH campaign. Our website gives Canadians the opportunity to engage with the campaign, featuring hundreds of letters pinpointed to neighborhoods across Canada. Anyone can read the powerful stories of a soldier who lived close to them and then click through to mypoppy.ca to donate a digital poppy in that soldier’s memory.

Design core: The site is relatively simple. The novelty comes from using a familiar technology in a whole new way—and for a very important cause. We owe a huge debt of gratitude to the Canadian Letters and Images Project, a nonprofit database of scanned letters from Canadian soldiers.

Favorite details: The stars of the show are the letters themselves. From vivid, harrowing stories of D-Day and the Battle of Vimy Ridge to charmingly relatable questions about younger siblings and passionate love letters to wives and sweethearts, they are indeed a treasure trove of human experience. It was such a different world when you contrast it with the immediacy of our modern-day communications. Without Facetime, texts and emojis, these young soldiers captured details of their experiences in exquisite long-form prose. They were extraordinary writers.

Our tiny contribution was to provide a different way to navigate this incredible content and to help Canadians feel connected to these letters by virtue of where they live. We wanted to encourage them to go down the rabbit hole of zooming out from their location to find more incredible letters and learn more about the heroism and humanity of those who served. As one homeowner we spoke to said, “It really does bring it home, the terrible sacrifices that were made for us.”

Challenges: Tying these letters to specific addresses. A small portion of the correspondences on our site, such as official telegrams and postcards, already had addresses printed on them. The vast majority of letters did not include any scans of their envelopes or clues as to where they were originally addressed. We were able to fill in those gaps through painstaking research involving cross-referencing these letters with publicly available information, such as soldiers’ attestation cards.

We also had the challenge of transcribing letters in cases where a transcript was not already in the database. Given that cursive is no longer taught in schools, merely providing scans with the soldiers’ handwriting would have made this content inaccessible to many Canadians.

Divergent paths: If we’d been given a longer lead time, we would have loved to make the experience even more seamless by integrating the fundraising element of the campaign right into letters-home.ca rather than driving to a different site. We hope Canadians forgive a couple of extra clicks on their way to donate to this important cause at mypoppy.ca.

Navigation structure: The navigation structure was guided by clarity, simplicity and a prominent call to action. We wanted to make it very easy to understand the ask. After you fill in your address, an unmissable link to the Legion’s donation page appears on the screen’s left side alongside scans of the letter and its transcript. We are all used to finding the closest nail salon, gas station or restaurant by inputting an address into a map with points of interest; it didn’t feel like too big a leap to ask Canadians to use that same interaction to feel closer to our wartime history. 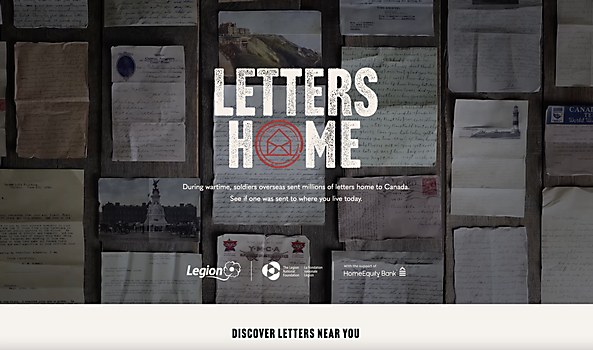 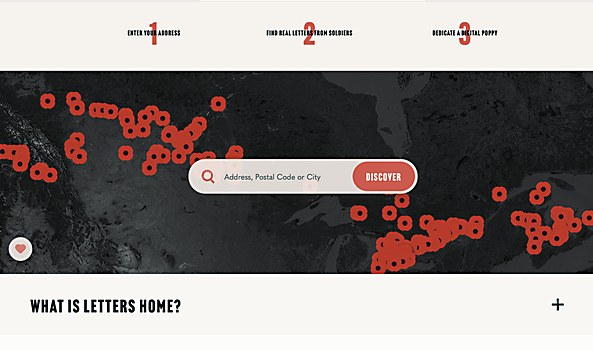 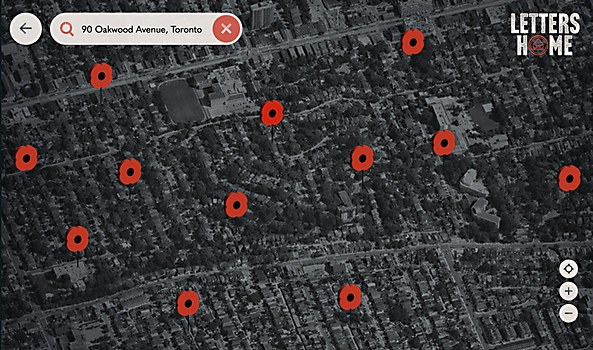 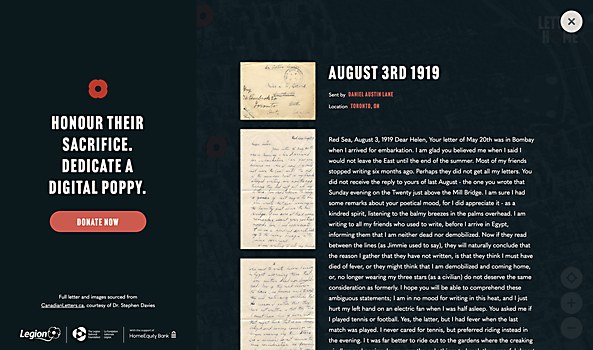 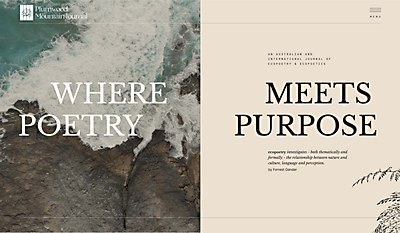 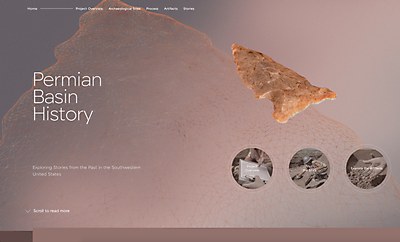 Webpicks / Education
The Permian Basin History
Granyon and Ground Media created a virtual museum that showcases archeological findings and digs in the Permian Basin of the United States. 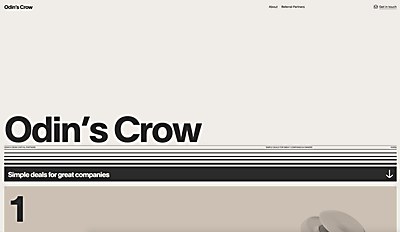