As the amount of white disappears in each country’s flag, so too will their glaciers in the near future—as this digital platform of this climate change awareness campaign shows.

Background: Glaciers are a source of life. They provide vital drinking water, help generate power for millions of homes, and are our most valuable indicators in understanding the future of global climate change. Without glaciers, we would live in a very different world. Complete meltdown would bring sea level rise to a record high and eliminate 69 percent of the world’s drinking water. Although not every country may have a glacier, every country depends on their survival.

Meltdown Flags is an open source climate data project initiated by environmental technology company METER. Data sources include METER, UNESCO, NASA, World Glacier Monitoring System (WGMS), United Nations Environmental Programme, the University of Zurich and the University of Innsbruck. This project is a collaboration between Moby Digg Studio, Serviceplan Group, Hyperinteractive and Standardabweichung Design. The goal of this project is to impress the importance of glaciers, provide solutions to reduce emissions and put pressure on politicians to deal with the climate crisis.

Campaign: Meltdown Flags visualizes the effects of global glacier retreat by reducing the amount of white in the flags of countries with glaciers. Hand-sewn flags take the message to the streets. In December 2019, Meltdown Flags made its first appearance at the United Nations Framework Convention on Climate Change, 25th Conference of the Parties (COP25) in Madrid. Since then, they have become a symbol of protest at climate demonstrations and events around the world.

The website provides more information and ways to act. Visitors can visualize the degree of glacier retreat by country, as well as access more data and information. They can also calculate and offset their carbon footprint. By downloading the flags and custom typeface, they also take part in the initiative.

An interactive exhibition concept adds another dimension. Lenticular installations of the Meltdown Flags help visualize the glacier retreat depending on the position of the viewer. An Instagram AR filter activated by the flags allows visitors and app users alike to immerse themselves in the data.

Design core: The key element of the design lies in the flags itself. The amount of white in the flags of countries with glaciers is reduced according to the statistics of coming glacier meltdown. Meltdown Flags show the past, current and future state of meltdown. It breaks down a critical development to its core. In combination with the flag as a symbol of our world order, we created a metaphor and infographic at the same time, visualizing how strong the influence of climate change will be on every aspect of the political, economical and social order of the world we live in.

We created custom typefaces that visualize this accelerated melt process through three developed cuts, starting from 1995, the year of the first United Nations Climate Change Conference, to 2050, the year set out by the UN to reach net-zero emissions and limit global temperature change to 1.5 degrees Celsius.

Favorite details: We are most proud of the moral and interdisciplinary  importance of the project, not only because different graphic design studios and scientific institutions worked on it together but also because it’s interdisciplinary in its appearance. The fact that the project is visualized virtually through the website and the Instagram AR filter, but also physically through the hand-sewn flags and its appearance on the street at the COP25: it shows how virtual content and classical forms of protest can go hand in hand to create a bigger impact than just through its component parts. 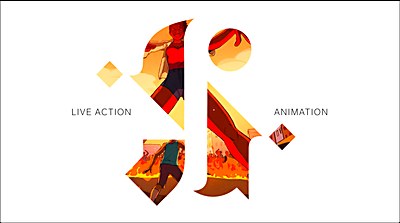 Webpicks / Art/Design
Scholar
Celebrating ten years of content creation, Scholar presents its design and animation prowess on its new site made with East of Western.