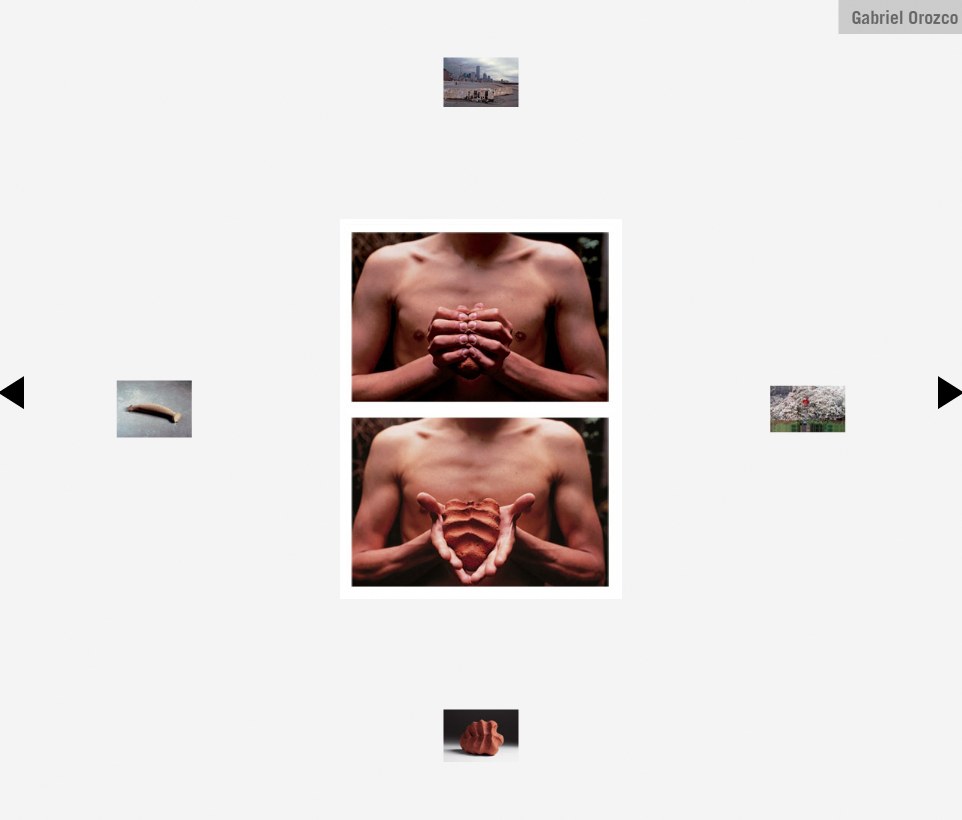 Gabriel Orozco’s mercurial practice resists confinement to a single medium and instead moves freely and fluently between drawing, photography, sculpture, installation and painting.

With no persistent visual themes, devices or elements in Orozco’s work that could be used to anchor or accent the design of the exhibition site, the in-house team at MoMA opted instead for a site that is simple and playful. Simple, because the curators wanted something that was easy to use and understand; and playful, because there’s no better way to conceptualize a site dedicated to an artist whose work has included the customization of both billiard and ping pong tables and chess and checker boards.

The pared-down design omits all but the essentials. The interaction is responsive, the movement is quick and images, for the most part, are dealt into view from beyond the browser’s borders, suggesting a physical, as opposed to virtual, experience.

The act of browsing through works is distilled into two basic modes: chronological and associative. When viewing individual works, flanking arrows allow for chronological exploration, whereas conceptual, physical, and aesthetic connections to other works are represented by a surrounding “halo” of objects. (The circle is important, not only because it is the artist’s preferred shape, but because it doesn’t introduce a hierarchy to the related works.)

• It took two months to produce the site.

• In pursuit of a playful spirit, the overarching site concept was for the user interaction to subtly evoke a game of cards. To this end, the initial grid and subsequent layouts might suggest the formations of solitaire or a round of poker.

• The site has over 150 images (with thumbnail, medium and large versions for each), 6 videos and 23 audio clips. All images are downloaded on demand.
moma.org/gabrielorozco 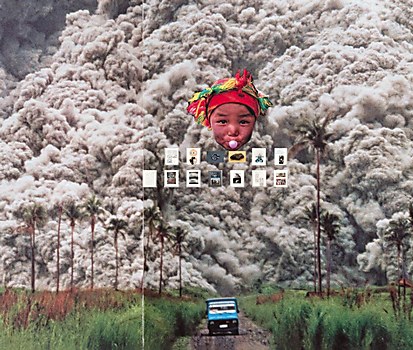 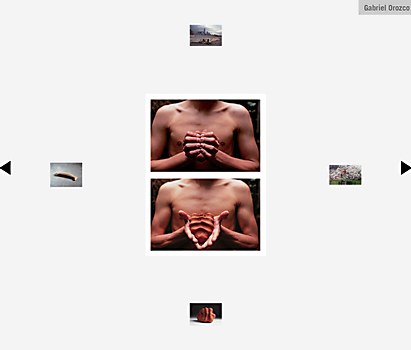 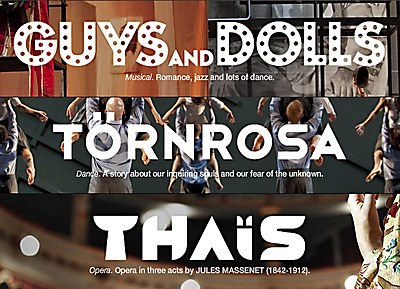 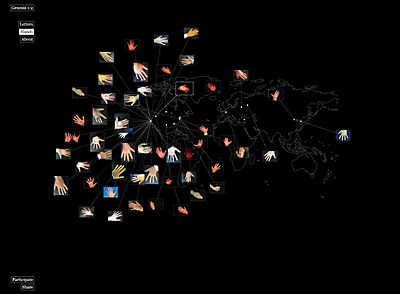 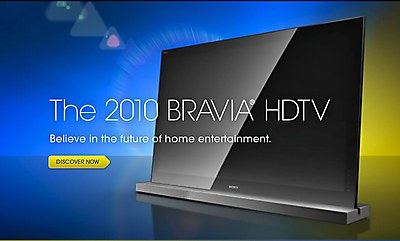