The stories of 450 Holocaust survivors who emigrated to Georgia and Alabama after World War II are explored on this important historical site for the Breman Museum.

This small museum in Atlanta reaches audiences around the world with an online exhibit that originally lived in kiosk form at its permanent Holocaust exhibit. The site design matches the general aesthetic of the physical exhibit and serves an online audience and also as a component of the museum’s permanent exhibit.

It’s a view of the Holocaust that includes maps, narrative histories and historical documents as well as video testimony, biographies and family photographs. The survivor stories are searchable not only by facts like birthplace or concentration camp but also by theme, which allows visitors to search on topics like Survivor’s Guilt and A Child’s Perspective to watch videos or read transcripts of people reflecting on emotionally compelling topics.

• It took one-and-a-half years to bring the exhibit to an online audience.

• To ensure the site would work in both kiosk and online formats and for school-aged users on up through elderly adults the team opted for a smaller screen resolution (that took into account the Breman’s exhibit computers) and designed with larger-than-average interface items and text-sizes.

• The site contains hundreds of videos, images and documents and curation is ongoing.
www.thebreman.org/exhibitions/online/newlives 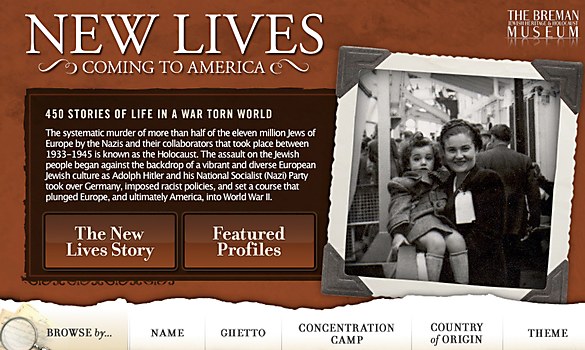 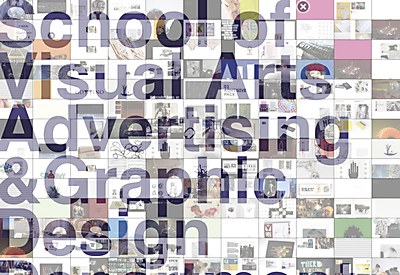 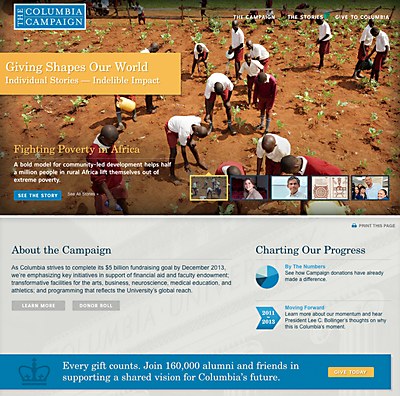 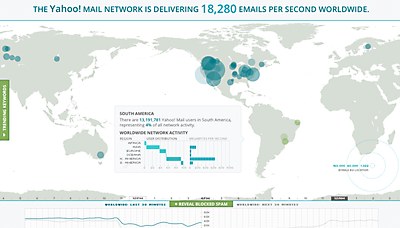