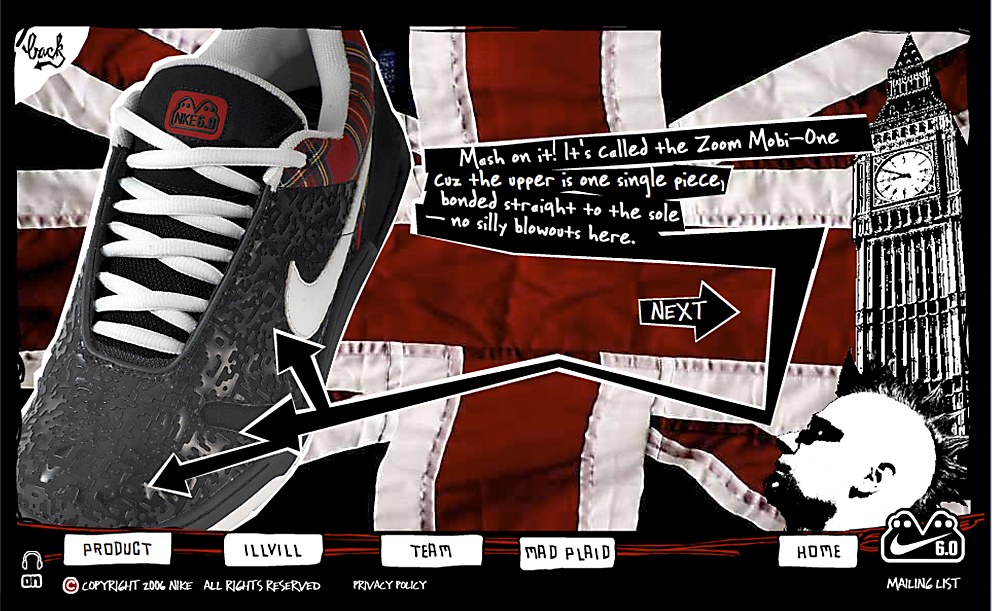 Nike’s newest brand focuses on six action sports: skateboarding, surfing, snowboarding/skiing, BMX, motocross and wakeboarding. Created for young athletes between the ages of ten and fifteen, this site promotes Nike gear with crossover appeal to these popular sports. While many similar sites try to include a certain amount of content that will appeal to an audience outside the target, this one doesn’t waste the time. The result is an extremely focused site, with interaction and content that effortlessly nail the intended audience.

• Content is minimal and the navigation purposely chaotic to pique visitor curiosity and encourage exploration.

• The interface consists of a large scrolling vector illustration, of a scene from a virtual cityscape; it's accompanied by a soundscape that gives it an ambient, urban vibe.

• The video clips of Nike’s young athletes are reminiscent of good home videos; they’re also brief and pointed without removing the angst and honesty that accompanies teenage jargon.
www.nke6.com 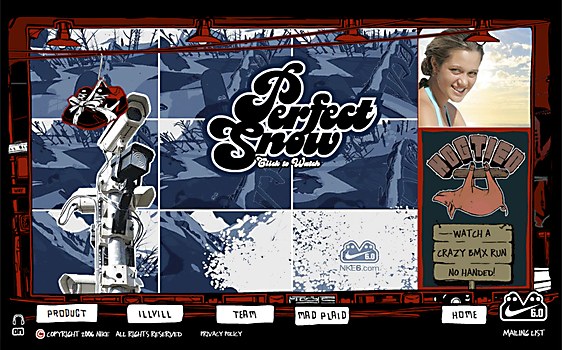 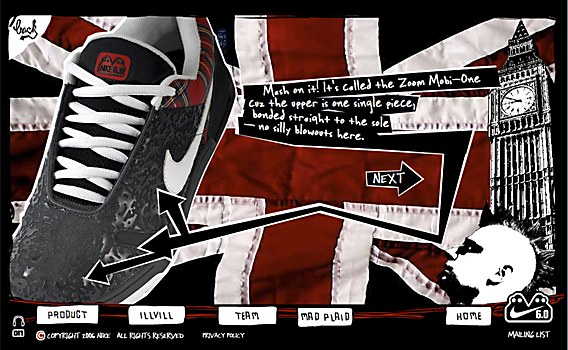 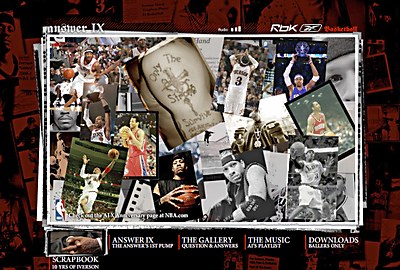 Webpicks
RBK Answer IX: A Decade Later and Stronger than Ever 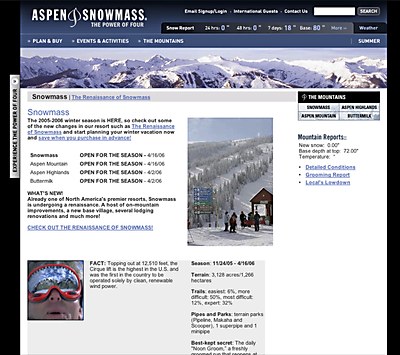 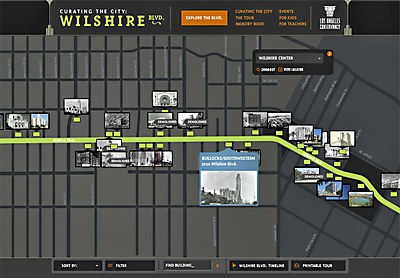