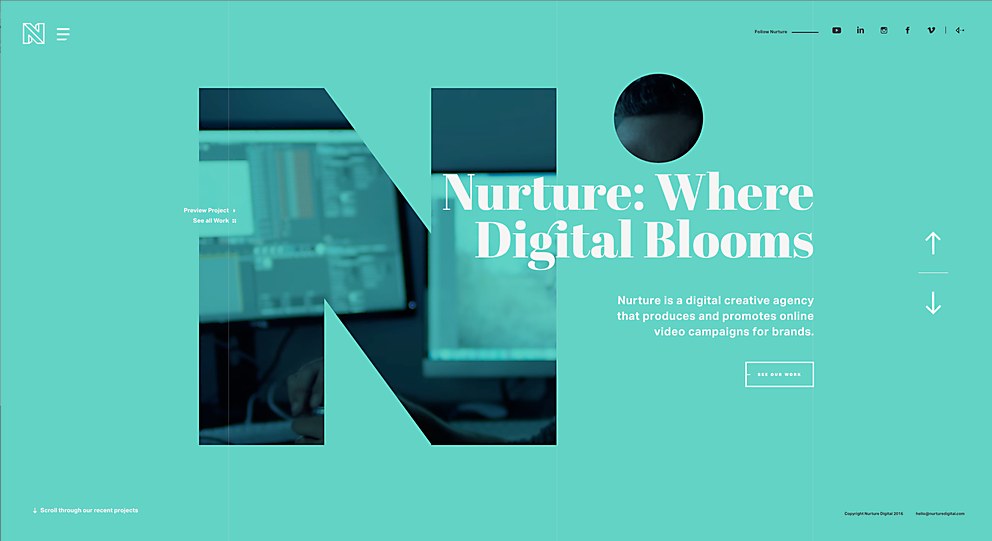 Interactive designer Bryan James created a website for digital creative agency Nurture that features its portfolio on vivid backdrops and with whimsical animations. “The creative direction was to be sophisticated but confident,” says Bryan James, “so bold typography that masks the imagery of Nurture’s video projects was a very early idea that made a lot of sense. This led to a creative approach for the homepage to give users a ‘taste’ of each video case study, and enables the choice to see it in a pure form.” Fused with the lettering of Nurture’s name, animated clips form the main feature of the homepage. How was it done? “A bit of CSS innovation,” says James. “The effect utilizes CSS blend modes, normally used to blend colors and layers into one another, but the site uses a sandwiched layer system to create a masking effect, enabling the mask itself to be literally anything—even an animation.” Video content on the site runs on the YouTube API, and within the case study pages, a bespoke timeline builds itself from scratch by following the current media being played. 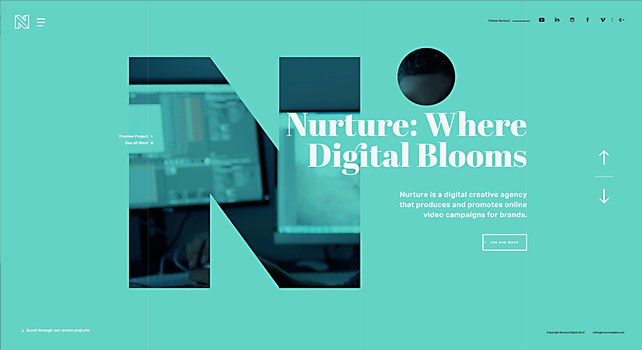 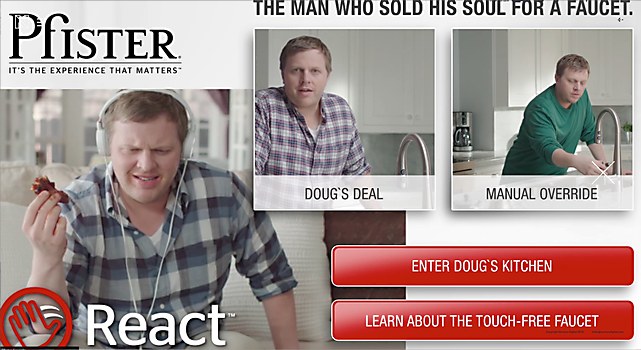 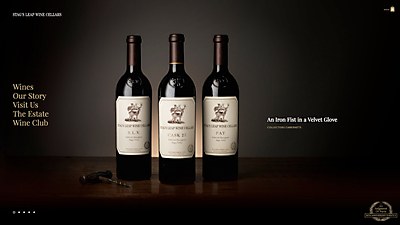 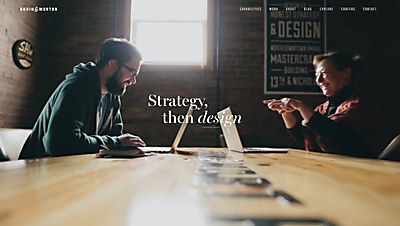 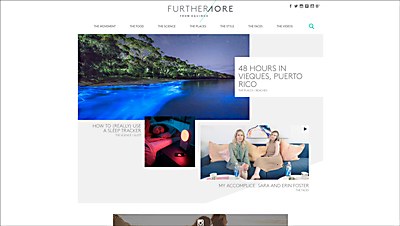