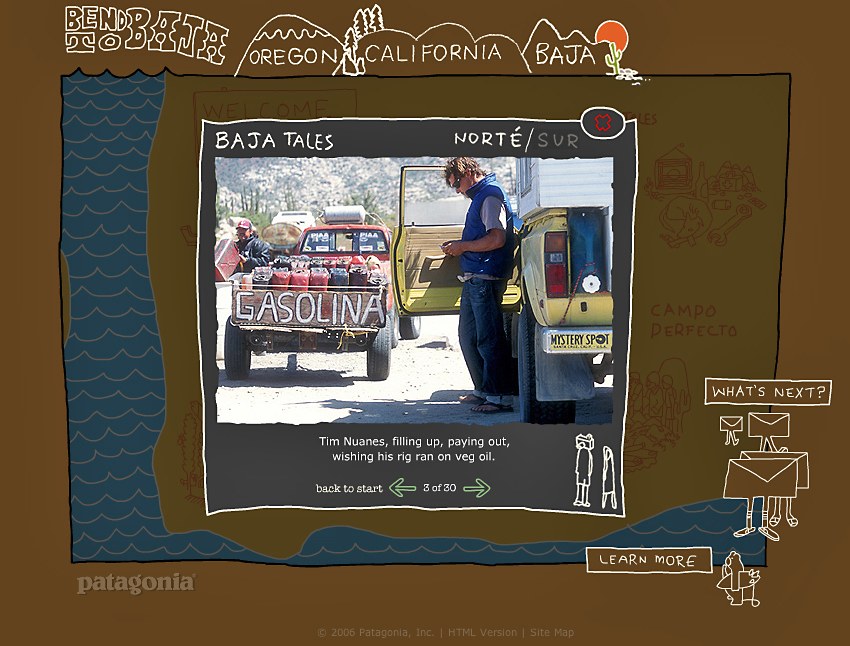 The sitelet documents a coastline road trip from Bend, Oregon to Cabo San Lucas, Mexico and introduces Patagonia (known for its alpine and rock climbing gear) to surfers. The idea for the 30-day trip originated during one of the company’s think tank sessions and was attended by Patagonia’s mountain athletes. With the intent of creating a broader look at the surfing lifestyle, it was loosely planned. It ended with a huge amount of quality material, so the developer’s job was to condense it into a cohesive, flowing storyline. The result is a combination of authentic, unscripted experiences and enticing visuals that come together in a unique storytelling site.

• Devoid of a linear timeline or a route-based narrative, the navigation does a really nice job of presenting the scope of the trip and recreating the essence of the journey. The primary navigation is an image map of five people sitting around a table, looking at a map of the northwest coastline.

• From the coupling of the Flash interface, that delivers video and audio components, to the original music and pointed journal entries, it’s just the right blend of human interest and technology.

• Although surfers are probably the only group familiar with the professional athletes featured on the site, the diversity of content draws-in a much larger audience. 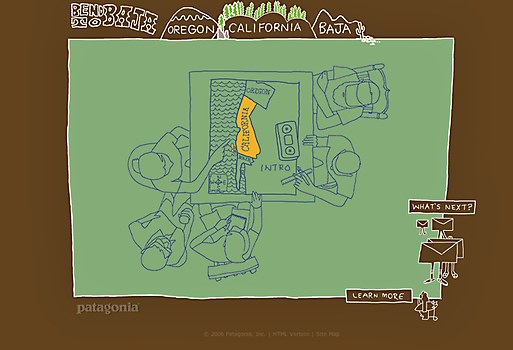 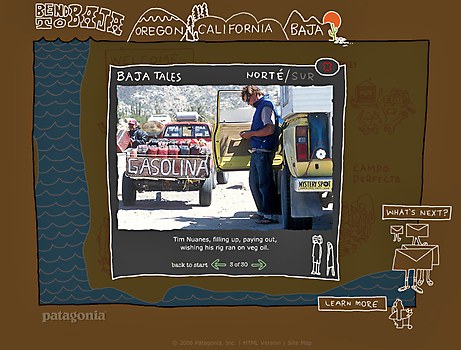 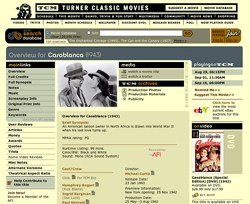 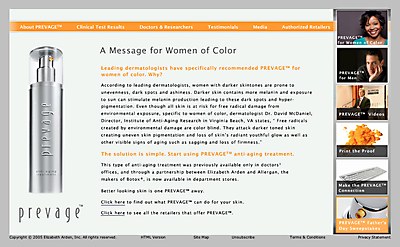 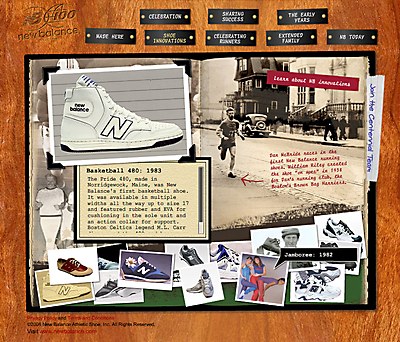