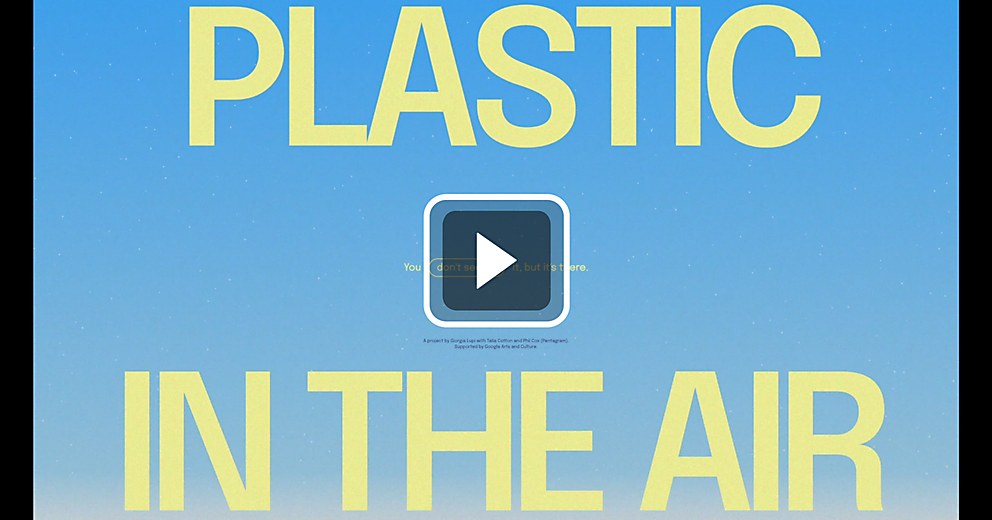 As part of Google Arts & Culture’s Heartbeat of the Earth, this site by Pentagram puts a visual to the ubiquitous, invisible environmental hazard of microplastics.

Background: Plastic Air is a web-based interactive experience that vivifies a type of pollution most people don’t even know exists: airborne microplastic deposition, the result of ever-increasing global plastic production and consumption. The experience provides a lens through which to see and explore the invisible plastic particles in the atmosphere around us, and to consider the impact they have on our health and our environment.

Larger picture: Plastic Air was developed in collaboration with Google Arts & Culture and released to coincide with Earth Day 2021. Featured on Google Arts & Culture’s free app, the project is part of Heartbeat of the Earth, a series of online experiments by artists that interpret the planet’s data, launched by Google in collaboration with the United Nations Framework Convention on Climate Change.

Design core: In many ways, microplastics are quite an abstract problem; you literally cannot see them, which gives new weight to the phrase “out of sight, out of mind.” Unlike issues like climate change or waste disposal, there aren’t clear impacts you can point to that people intuitively understand. Shortly into the process, the design team realized the need to viscerally narrate the process of plastic disposition and make vivid for people that once plastic is in the air, it’s with us forever. We hit upon the idea of reconnecting these alien-looking microplastics to their actual source material, such as water bottles, nylon fabrics and car bumpers.

The experience consists of a speculative window onto a data-driven approximation of plastic particles that exist all around us but remain hidden to the naked eye. Users can drop identifiable objects, such as housewares and apparel, to “pollute” the sky and see how the items break down into the air. They can also adjust factors like location—cities versus rural areas, for example—and weather conditions, such as wind, rain and snow to see how these affect dispersal patterns.

Furthermore, a slide bar at the top of the page enables visitors to toggle between seeing and not seeing the particles. If they choose “don’t see,” the experiment presents the plastics in their more familiar forms—sometimes obvious and sometimes surprising—and invites viewers to inspect what they are made from. This second state shows these objects floating through the atmosphere, almost suggesting the absurdity—but driving home the urgency—of this type of pollution.

New lessons: The challenge for designers was to create a visual experience based on something largely invisible. At the same time, microplastics are an emerging area of scientific inquiry and not much is known about them. A major component of the project was establishing a methodology for visualizing the problem and shaping various datasets with information that is still limited and speculative.

To begin, we interviewed several leading atmospheric researchers and referred to existing studies to identify datasets they could leverage in the experience. The concept hinged on a seen and unseen dichotomy: because microplastics are invisible to the naked eye, they go unnoticed despite their real impact on ecosystems and human health.

Navigation structure: The navigation was designed to be as unobtrusive as possible so as not to distract from the microplastic particles. Visitors can manipulate parameters via a dashboard at the left, which also includes a graphic key for the various particles as well as a console for adjusting their size and rate of dispersion. The real-world phenomenon of plastic air may be currently beyond our control, but these adjustments give viewers a sense of the type and scale of microplastics and the factors that go into their movement.

At the right, tabbed calls to action invite visitors to “Find Out More,” where they can read about how the site works and learn about the various microplastic particles and existing research; and “What Can I Do?,” which answers this difficult question in the most straightforward language possible.

Special technical features: The background image of the sky changes based on the time of day, and eagle-eyed viewers may notice that the frequency and quantity of microplastics also shifts according to busy hours, like the morning and evening commutes. 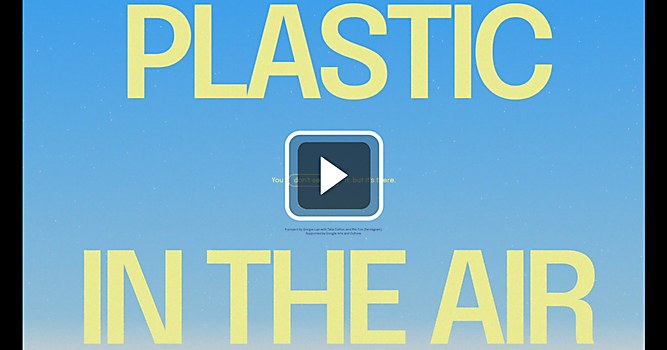 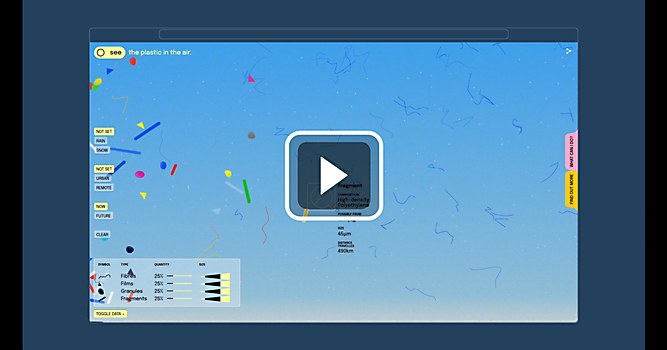 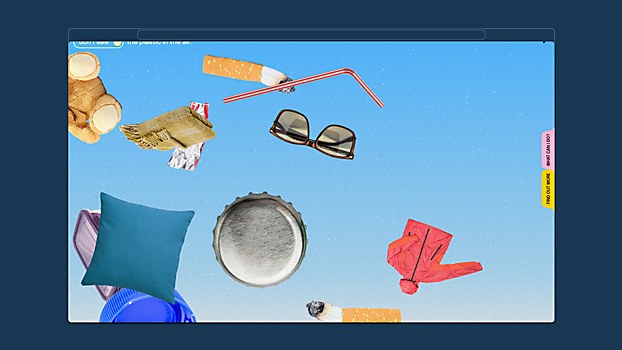 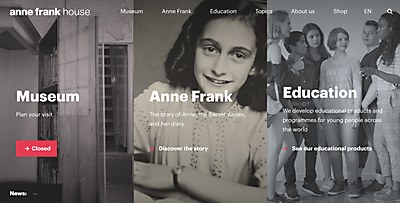 Webpicks / Education
Anne Frank House
This site by IN10, Maykin Media and Forcefield presents an immersive dive into the world of Anne Frank alongside contemporary issues of antisemitism and racism. 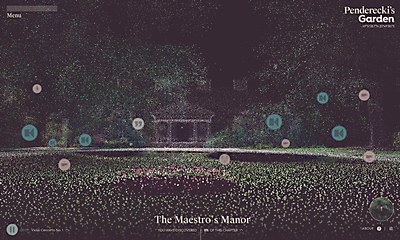