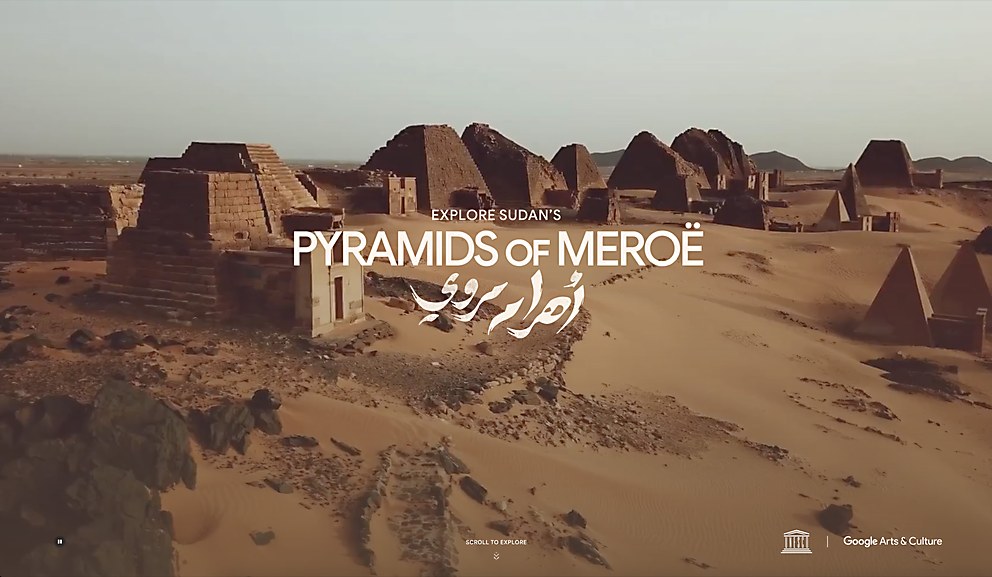 A comprehensive experience made by Google Brand Studio, Draw & Code and UNESCO Sudan transports visitors to this Sudanese cultural site with narration by Sudanese-American author and activist Emi Mahmoud.

Background: Google’s mission is to organize the world’s information and make it universally accessible and useful. We use technology to help people explore the world around them, including its culture and heritage. One example is Street View, which offers 360-degree panoramic imagery of many historical landmarks across the globe. Another major way we do this is through the Google Arts & Culture platform, whose mission is to preserve, promote and democratize access to culture. Through close partnerships with museums and cultural institutions, we help to bring the world’s cultural heritage online in new interactive ways.

For the Pyramids of Meroë digital experience, launched in collaboration with UNESCO Sudan, we wanted to help people explore these fascinating pyramids in 3-D and AR while learning more about the Kushite Kingdom that built them. You can also take a virtual walk around this desert site with more than 200 pyramids using Street View, including opportunities to explore the pyramids’ interiors that are usually off-limits to visitors. The experience is available in various languages, including Arabic, English, French, German and Spanish.

Larger picture: This is part of Google Arts & Culture’s ongoing efforts to help people around the world learn more about the world’s culture and heritage. Other recent examples include iconic sites such as Rapa Nui, the Peruvian desert and the Historic Mosque City of Bagerhat in Bangladesh.

Design core: The 3-D pyramid models, created as a collaboration between Draw & Code and Google Brand Studio, and the hand-drawn illustrations by Louise Zergaeng Pomeroy.

The interactive AR experience gives visitors an enhanced way to learn about the Pyramids and the people who built them. This is delivered through the WebXR capabilities of Chrome on the latest Android devices at only 2.6MB in size.

Last but not least, the interactive experience is narrated by Emi Mahmoud, acclaimed Sudanese-American poet, activist, author, United Nations High Commissioner for Refugees ambassador and named one of the BBC’s 100 Most Inspirational Women in 2015. Emi also wrote and delivered a spoken-word piece about what this ancient site means to her to promote the experience.

Favorite details: We’re proud we can use technology to help more people learn about a part of Sudan’s rich cultural heritage. We worked alongside Sudanese academic experts, local artists, researchers and heritage experts at UNESCO to ensure the project is inclusive and excites people to learn more.

Special navigation features: We wanted the site to feature a diverse range of ways to engage people and ensure the content that considers the various ways people learn. This is why we chose to offer the following paths: Visitors can hear the website’s content narrated by Emi Mahmoud, paired with immersive sound design. They can scroll through the site to explore 3-D visuals and read through the content at their own pace. And they can explore a Pyramid of Meroë up close and in their own space using AR, which is also accompanied by audio snippets by Mahmoud. 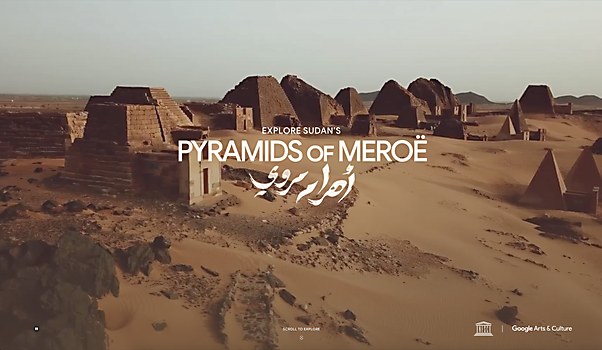 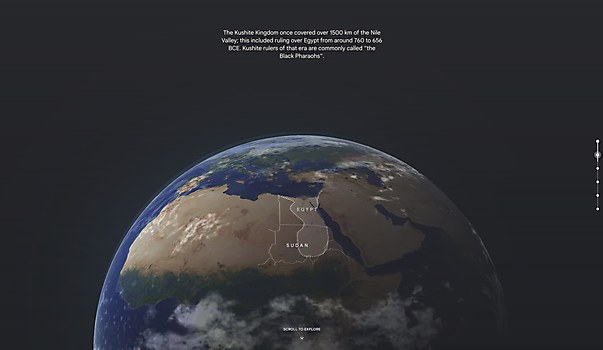 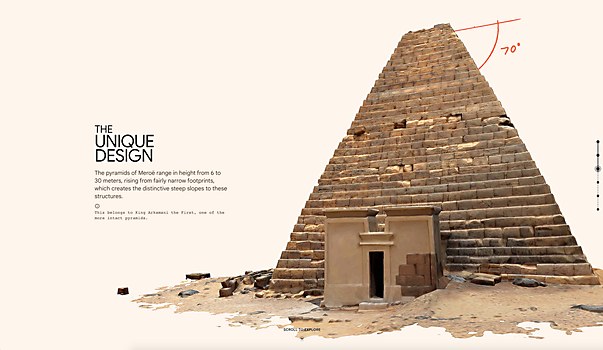 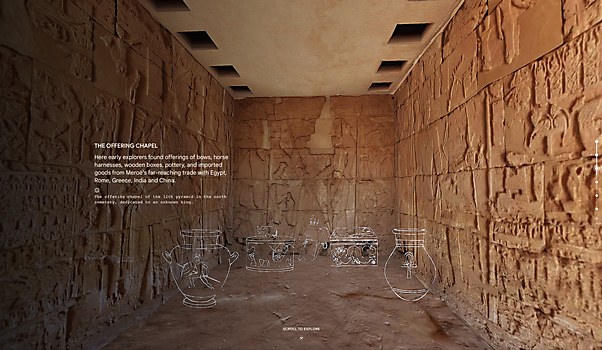 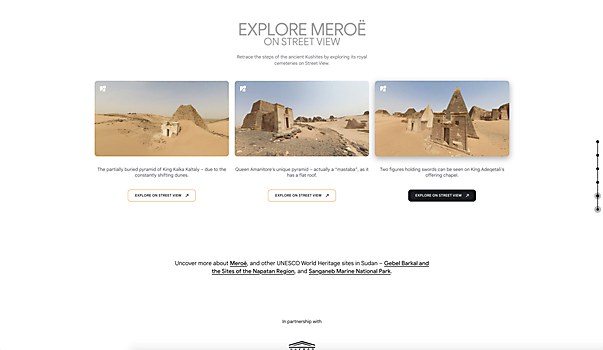 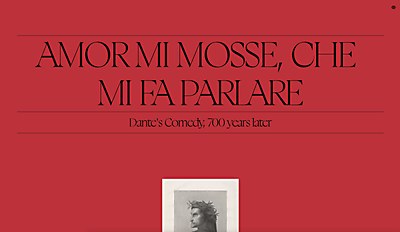 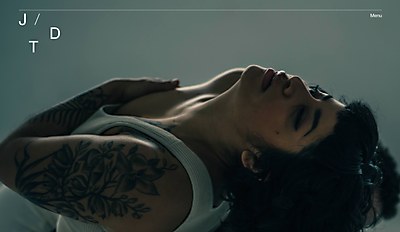 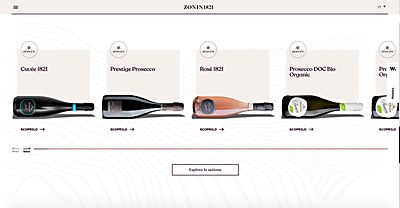