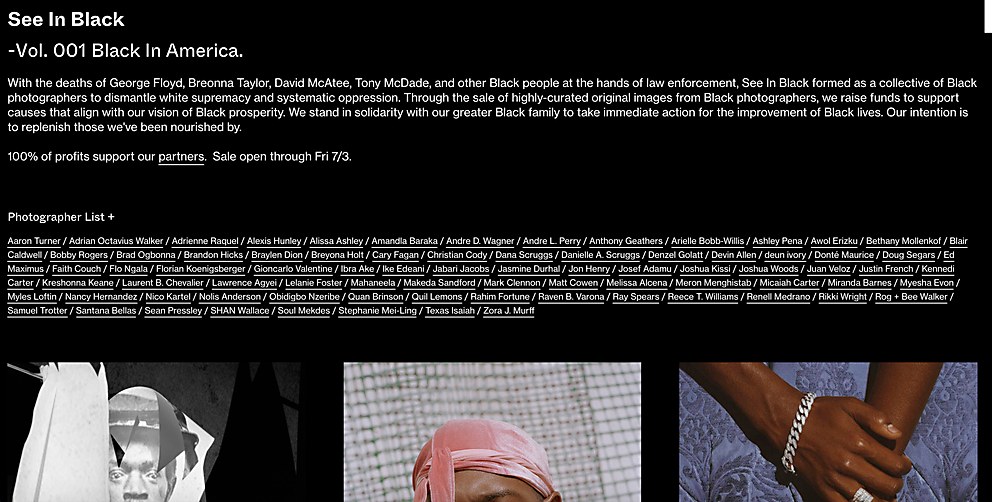 To support nonprofits serving the Black community, See In Black curated this collection of Black photographers’ vision of Black America.

Responses by See In Black.

The larger picture: The launch of Vol. 001 Black In America. 06.19.20 coincided with Juneteenth (also known as Freedom Day), which celebrates the emancipation of slaves in Texas on June 19, 1865—two years after the Emancipation Proclamation was signed. Because Texas was the most remote of the slave states, it became the last confederate state to have the proclamation announced after the Civil War. In the Black community, it is widely celebrated as the true Independence Day for all Black Americans.

A part of the conversation around Black liberation touches upon the role of Black photographers in documenting life outside the white gaze. As arbiters of American culture, Black photographers play a critical role in Black prosperity and serve as historians of Black life. This project, gathering images from Black photographers to sell and then fund organizations that work toward See In Black’s core principles, was a natural fit.

“I hope each one of these photographs represent different parts of the community,” says See In Black cofounder Joshua Kissi. “We are not monolithic, we all have different fingerprints, and we all bring something different to the craft. As Black photographers, we have the responsibility to put out truthful images of ourselves that may or may not stem from our own experiences but reflect the greater community. Creativity, especially in respect to photography, has this beautiful way of often starting with an artist but ultimately reflecting humanity.”

A human rights campaign: Frustrated by the murders of Black people across the country at the hands of law enforcement, See In Black took action. The coalition’s five key pillars of Black advancement include civil rights, education/arts, intersectionality, community building and criminal justice reform, with every organization chosen to address these facets of activism.

“We wanted to find organizations that did a plethora of things for specific communities, but also national communities: different intersections that need outreach, and need more eyes upon what they do and how people can help,” says cofounder Micaiah Carters. “With COVID-19 being such a pandemic, [this is] putting more attention on the movement, because people have more time to focus. It’s great to see everyone come together and show a vision of America—Black America, that is.”

Sales: Prints from the artists will be available through July 3, 2020, to recognize the duality of freedom in the United States. Prints can be purchased through the site. One hundred percent of profits go towards charitable funds. 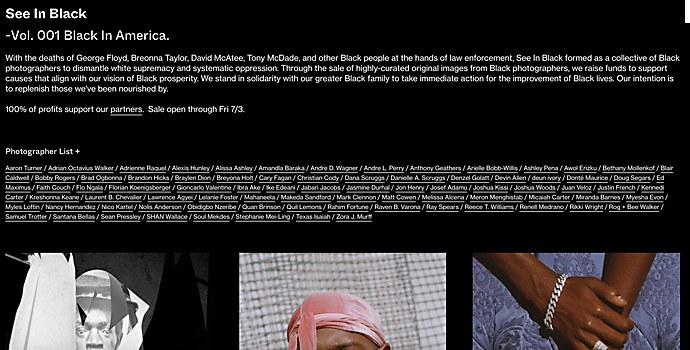 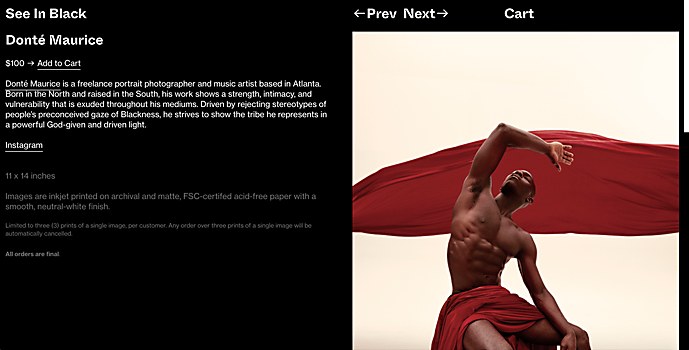 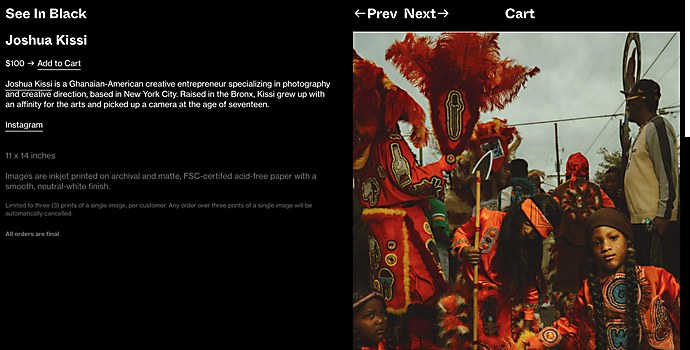 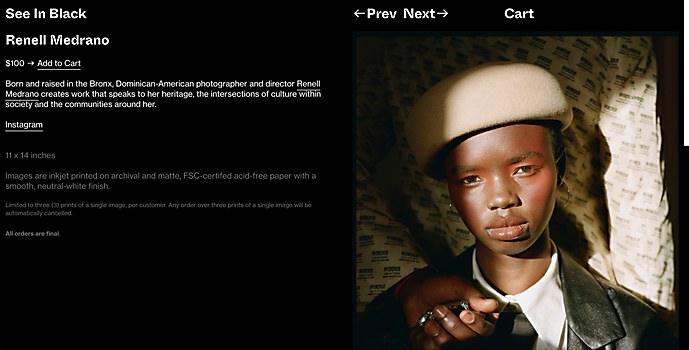 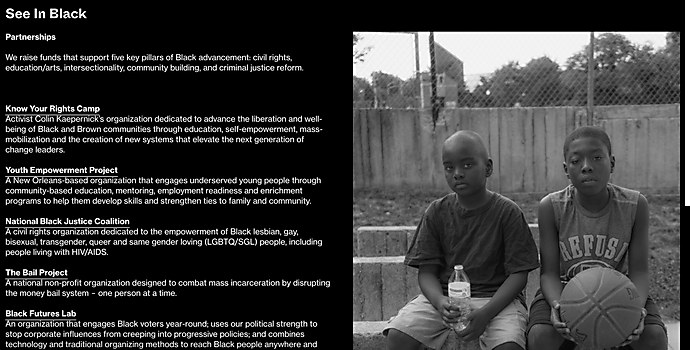 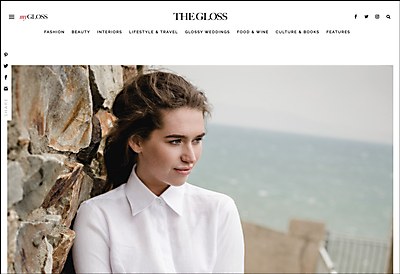 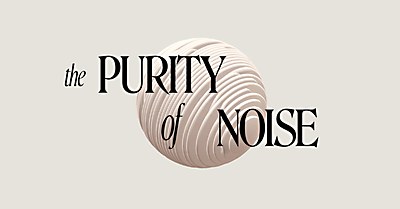 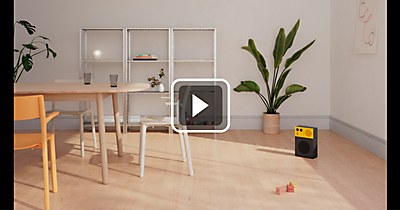