Inspired by distinctive elements of Japanese culture, twid studio created a site for this Ukrainian sushi chain that tells of the adventures of five flavor-inspired characters.

Background: This site is part of an advertising campaign for Sushiya, a Ukrainian sushi restaurant chain.  As part of this campaign, we wanted to ensure that Sushiya was associated with modern Japan, so it was important for us to build up our knowledge of Japanese cultures. We came up with characters—each of which symbolizes one of the five tastes—and shot a series of videos about their adventures while making a website that was positioned as a portal to modern Japan. All traffic from the digital campaign was conducted to this site.

Design core: The style of the campaign—and in particular the site—was inspired by crazy Japanese advertising. To capture its aesthetic, we reviewed tons and tons of it. On the site, we wanted to convey the image and mood that had previously been implemented in the video content. The site is characterized by the fact that almost all the kanji link to real Japanese sites selected by us on completely different topics. Visitors have the opportunity to literally explore the real, modern Japan without translation to get a cultural experience.

Challenges: Our budget and deadlines were limited, so we decided to develop the site using the Tilda Publishing constructor. There are quite a few restrictions in it, so we had to look for various alternative solutions.

We wanted to achieve an effect when visitors were interested in certain details of the site. As statistics ended up showing, we achieved this because in the first days of the campaign, the average time spent on the site was four minutes.

Navigation structure: The site is built on a scroll and there are only a few cross-cutting elements—links to the main site of Sushiya and an element in the form of a robot that opens a page that talks about high standards of quality control in restaurants.

Technology: We used Tilda Publishing and only point-wise customized the code in separate blocks. 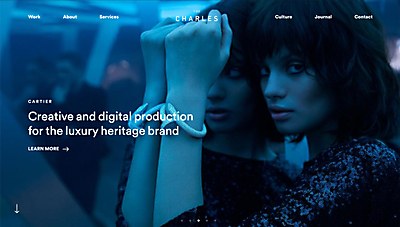 Webpicks / Art/Design
The Charles
This digital creative agency’s new site showcases the breadth of its work and services, including its philanthropic initiatives. 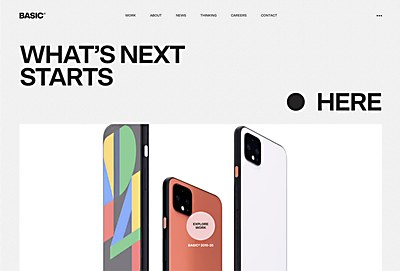