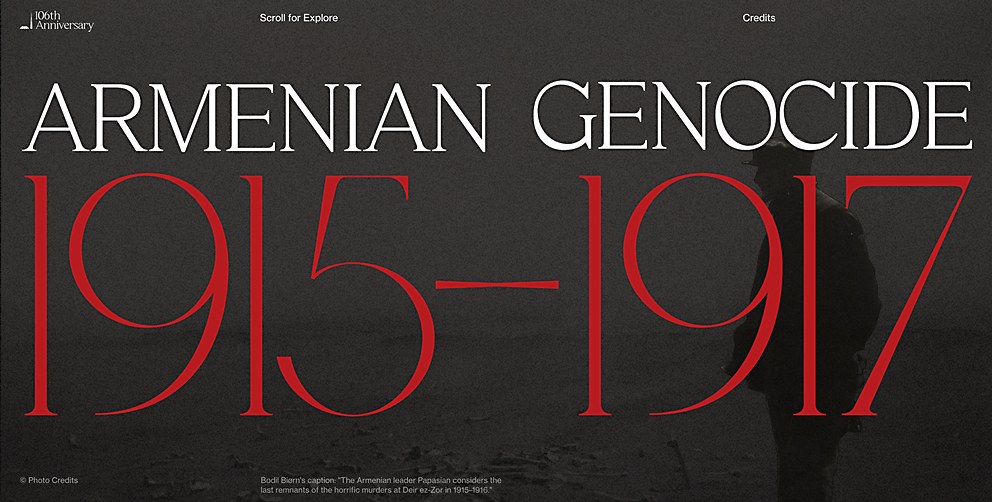 Artem Militonian created this site to raise awareness of the Ottoman Empire’s genocide of the Armenian people as well as the dangers of denying these massacres.

Background: Within the territory of the Ottoman Empire—now Turkey—from 1878 to 1923, massacres of Armenians were carried out, the peak of which was the Armenian Genocide. Recognized by more than 40 countries of the world—and notably not recognized by Turkey or Azerbaijan—the Armenian Genocide was the first genocide of the 20th century, preceding the Holocaust. My goal was to draw people’s attention to this through art, but at the same time raise awareness of the fact that the Turkish government has not recognized the genocide for 106 years—and how this does not guarantee such horrors will never be repeated, such as with the recent events in Nagorno-Karabakh.

Design core: The site is designed as one endless page, enabling you to study the history without distractions. The site is built without a single line of code using the Readymag site builder. However, this did not limit me, and I was able to use some interesting animated solutions.

Challenges: During the development of the project, I studied a huge amount of material. Of course, not all of these were included in the content. It was quite difficult for me to study all of this because I had to go through many episodes of genocide against my people. Emotions were overwhelming. I think every Armenian carries this tragedy at a genetic level.

Navigation structure: The site navigation occurs within one scrolling section, and the big story is divided into parts. This enables users to gradually immerse themselves within the story. An interesting feature of the site navigation is the combination of vertical and horizontal scrolling.

Technology: It may be surprising, but the site is built without any Readymag code. This suggests we are entering a new era of no-code solutions where everyone can tell their own stories. 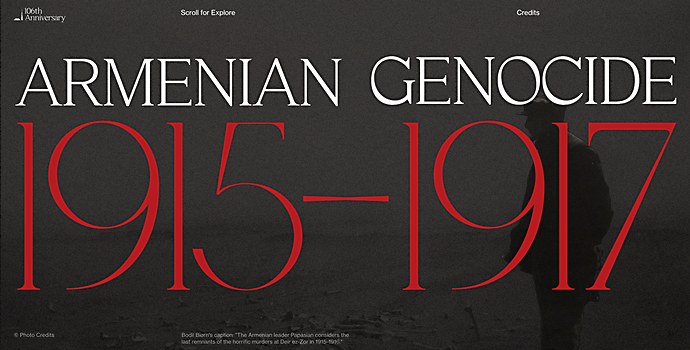 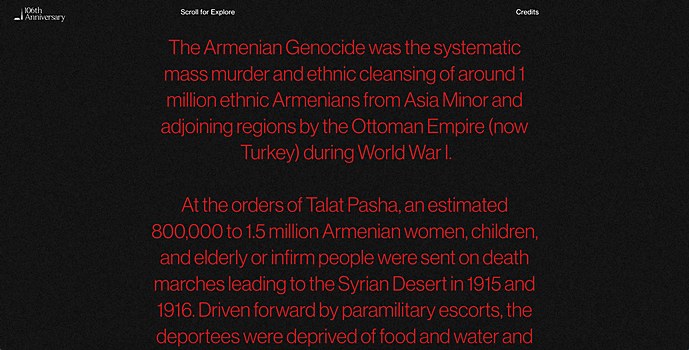 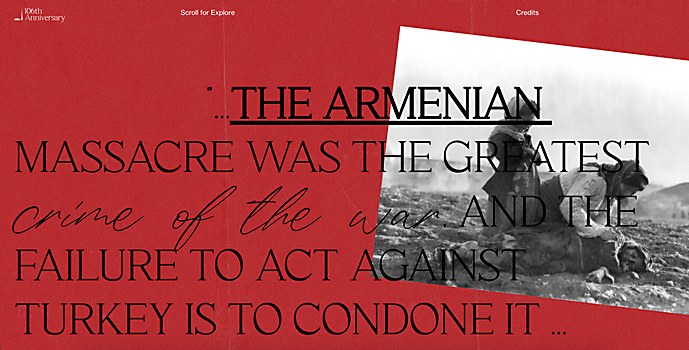 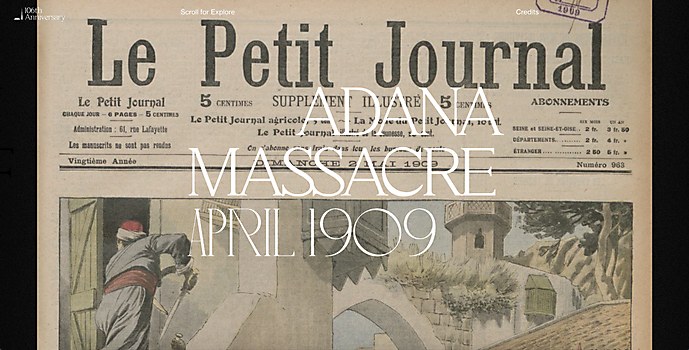 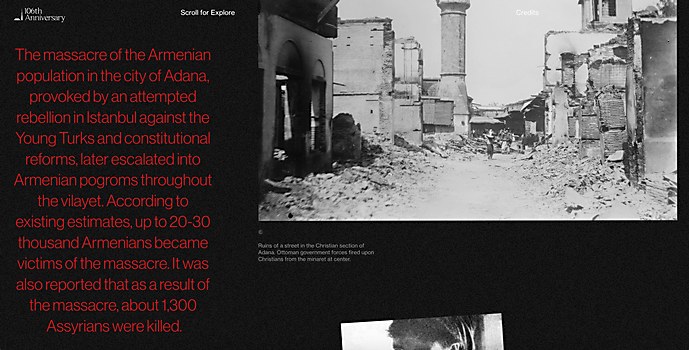 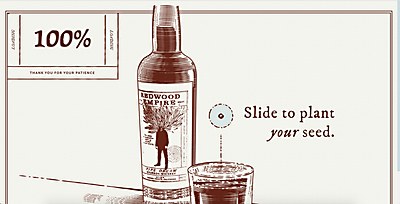 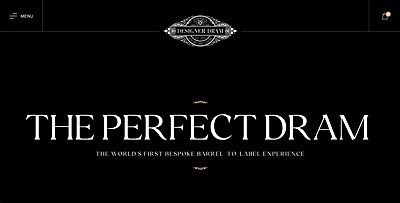 Webpicks / Food/Drink
Designer Dram
With design by Code Resolution and Louis Saville, this site lets whiskey enthusiasts design their own bespoke bottles from barrel to label. 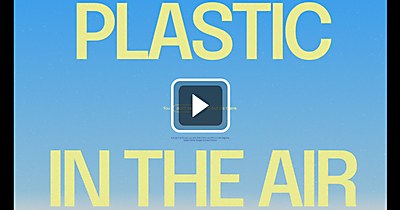