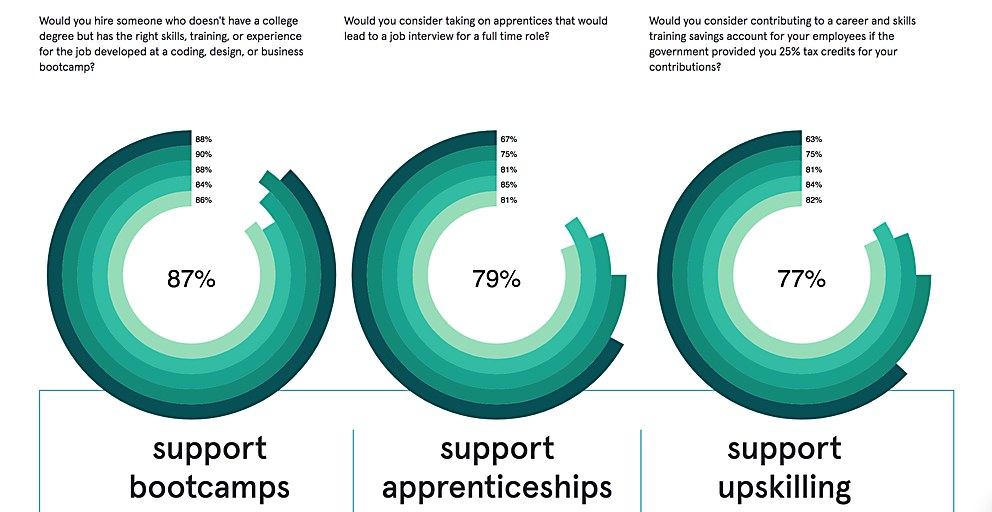 The Future of Work

Through user-friendly infographics and plentiful animations, Hyperakt presents the findings of WeWork’s report on the future of cities, employment and climate change.

Background: With the Future of Work report, WeWork demonstrated its thought leadership on the future of work and cities by preparing a thoroughly researched, publicly available, user-friendly report on the topic. The site’s goal was to reach business and city government decision-makers as well as members of the general public who are concerned about issues of urbanization, digital transformation and climate change.

Design core: We worked closely with WeWork’s creative director to implement aesthetic elements from its internal style guide. This was one of the first times it was being used on any project. Our challenge was to make this site feel like its own product while maintaining the look and feel of the WeWork brand. We expanded on its core design style by adding digital components and movement into the mix.

The two maps that let visitors see where people are moving and the map that talks about infrastructure in different places form the core feature of the site, which is the city index. The index plays into the pride that people have around cities as well as the competitiveness surrounding that pride. You see how cities’ positions shift and create natural groupings depending on where they are. Being able to follow the trajectory of your city on moving cards simultaneously communicates the dynamic nature of cities, and their various strengths and weaknesses, while allowing people to stick with “their” cities as they move through the report.

Favorite details: Bringing the data to life with animation was rewarding. The story behind the data is complex and at times reflects a reality that’s difficult to face. Finding the right cadence and style to show that data was an exciting challenge.

Challenges: Creating a narrative around the data definitely posed the biggest challenge. The amount of data collected was enormous, and reading the responses often left us with even more questions. Choosing which stories to tell and the best way to do so proved quite difficult at times. There was also a lot of normalizing and contextualizing of numbers to grade cities across cultures. For example, the city index can be confusing because the numerical scores correspond to the question “Do you agree less or agree more with this statement?” We had to use UI, color and placement to signal the meaning imbued in these numerical responses.

Navigation structure: We wanted users to be able to navigate the site in a narrative fashion as well as explore specific key findings on their own. There’s a story if the user follows the key findings from beginning to end, but as each key finding affects the others, we made sure each category of data could stand on its own.

Technology: Content is managed using Craft CMS and feeds the app through a GraphQL server. The front end is built using React hooks, React Spring for animations and D3 for data manipulation. 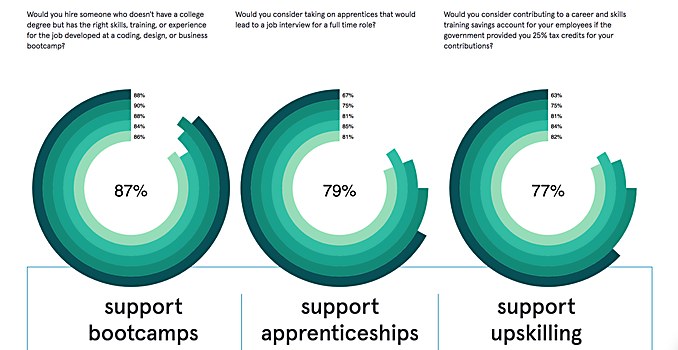 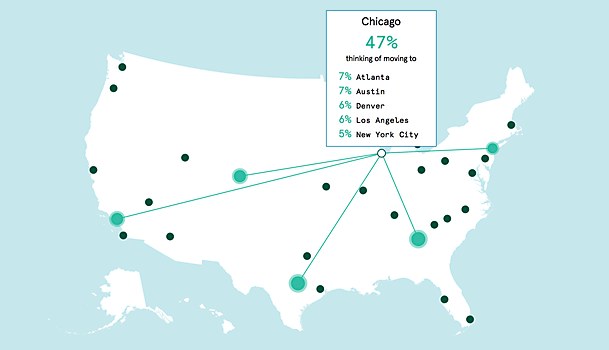 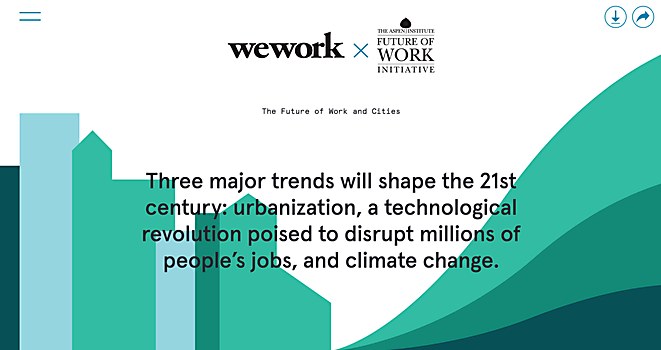 Webpicks / Art/Design
1minus1
This Surrey- and London-based digital design firm’s website remains true to its character through varied yet cohesive design. 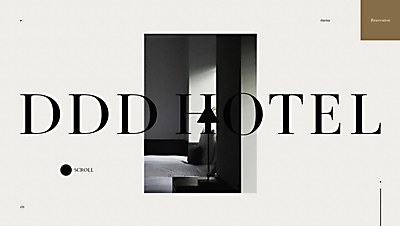 Webpicks / Travel/Transportation
DDD Hotel
Combining mystery and self-reflection, this site by Garden Eight drives visitors to a quiet, luxurious hotel in the heart of metropolitan Tokyo.