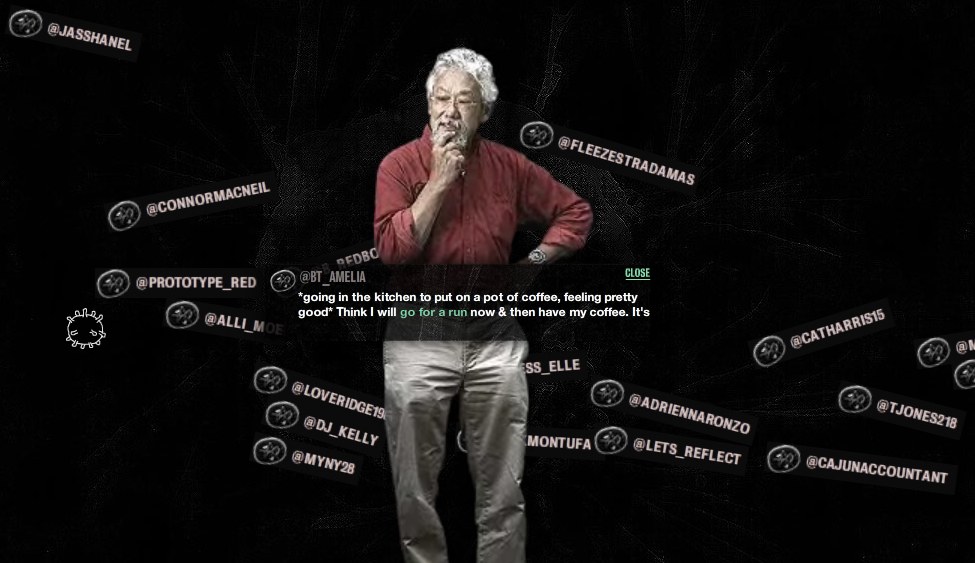 Part of the National Film Board of Canada’s evolving collection of innovative, interactive stories exploring the world, from uniquely Canadian points of view, The Test Tube with David Suzuki is a social experiment that demonstrates how all seven billion people in the world are connected by a simple mathematical reality.

Combining user input, interactive video of Canadian environmentalist David Suzuki, and live data from Twitter, the project is a modern parable about society’s insatiable appetite, the fallacy of growth and the things that can and cannot be changed. It also supports Force of Nature: The David Suzuki Movie, directed by Sturla Gunnarsson, which just premiered at the Toronto International Film Festival and won the Audience Choice Award.

Responding to the question, “If you could find an extra minute right now, what would you do?” delivers a video story with David Suzuki immersed in Twitter-driven data. Submissions are stored and the collected data is displayed in a data visualization where visitors can learn about what other people would do with an extra minute. Dynamic floating bacteria represent seemingly random objects that are actually related to visitor input (a mouse click on them opens you up additional layers of content).

• From concept to completion, the site took six months to build.

• The site pulls data live from Twitter so the experience is never the same twice and built-in calls to action on Twitter and Facebook encourage questions and dialogue to continue across social networks.

• The iPhone/iPad app shares the same engine as the Web site so all data is cross-pollinated between Web and mobile platforms.

• The main video was shot on a green screen and delivered via an alpha channel and is resizable inside the test tube space; as objects load and multiply the scale and perspective of David Suzuki alters in relation to the test tube. 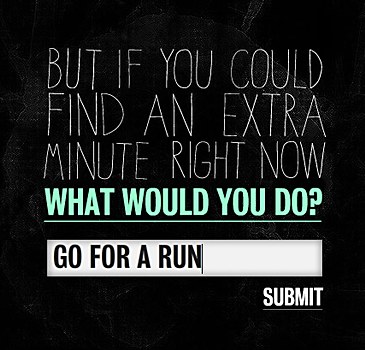 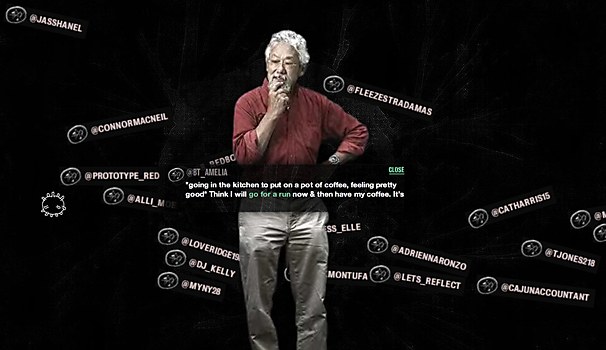 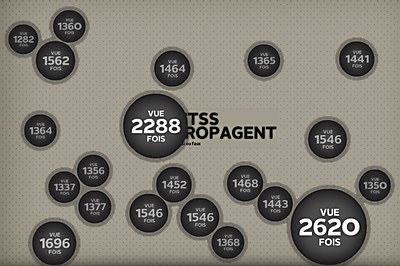 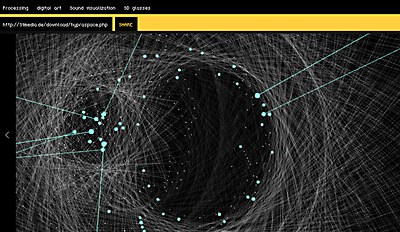 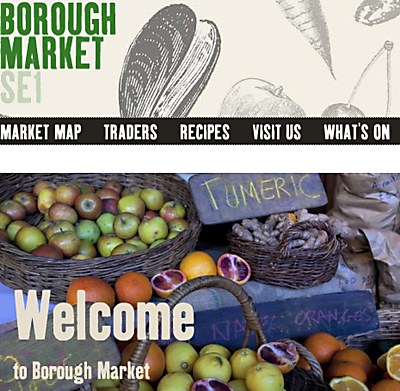