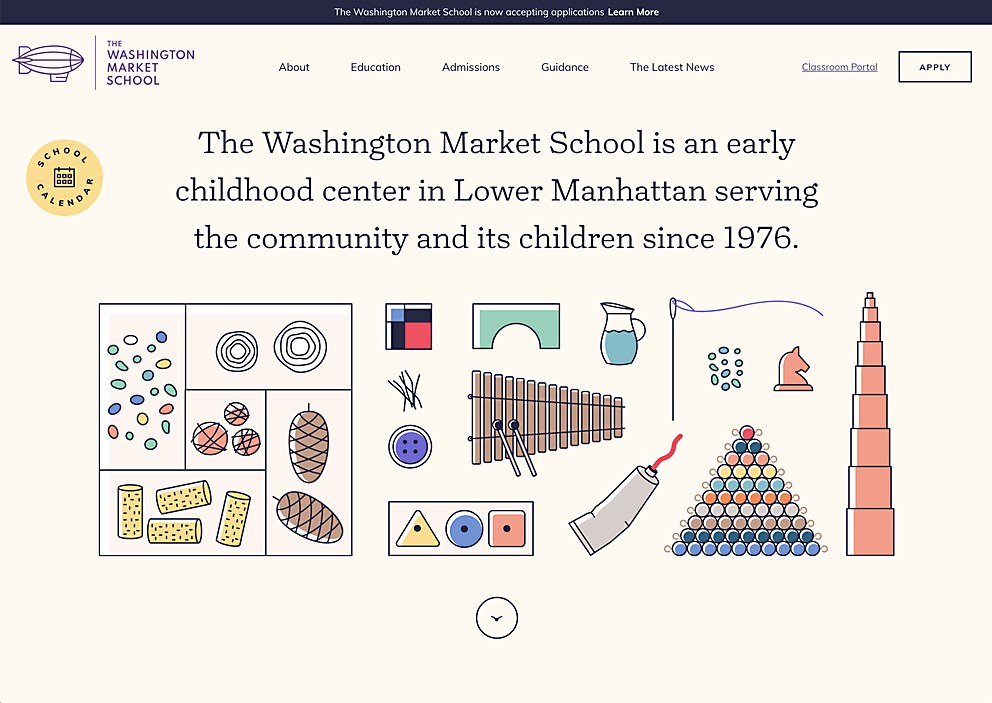 Background: “One of the first Montessori preschools in lower Manhattan, the Washington Market School has been around for more than 40 years,” says Daniel Spiegel. “In fact, the Washington Market School was named for the neighborhood it was founded in, which today is called Tribeca. The intention of the site was to help parents of prospective students learn more about the school in an effort to help them decide whether or not to apply. As the school is one of the most popular in New York City, there was not necessarily a broader campaign, instead focusing on a steady flow of traffic to the site each year as parents weigh their options.”

Design core: “The Washington Market School’s site has a great mix of quirky illustrations and beautiful photography that engages the user,” says Ron Griffel. “The content is featured in small, digestible blocks that make it easy to read.”

Favorite details: “The way the calendar is anchored and animated in the right corner helps keep parents and prospects informed,” says Ari Kaplan. “It begs to be clicked on.”

Challenges: “Finding the perfect balance between playful and professional while maintaining the same amount of visual intensity throughout the site,” says Griffel.

Time constraints: “More coffee was required than usual, but we rose to the occasion,” says Mike Curry.

Navigation structure: “The site’s navigation came from a place of asking ourselves: ‘What information do parents need in order to decide to apply?’” says Spiegel. “Being that everyone on the working team were dads of small children themselves, this was a fairly intuitive question for us to answer.”

Technology: “Whenever we develop, we give generous attention to how elements respond and how animations function,” says Justin Lerner. “For the Washington Market School, a heavily customized WordPress CMS was implemented and tailored for the team.”

New lessons: “We’re never too old to let out the inner child within us,” says Griffel. 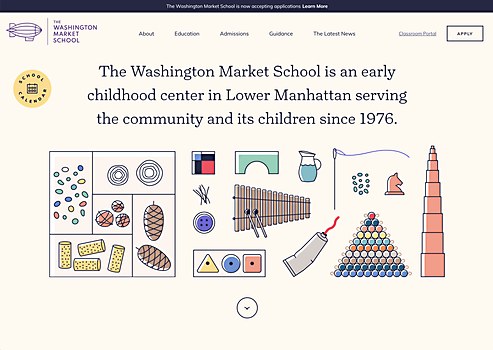 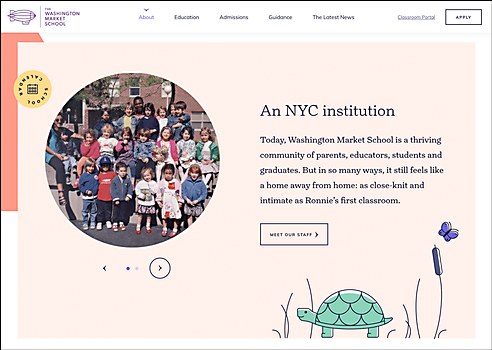 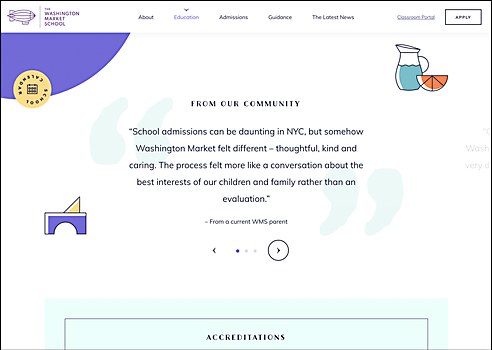 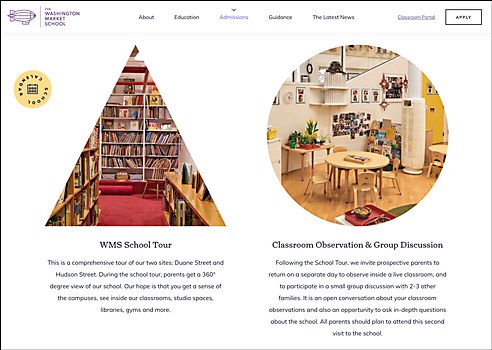 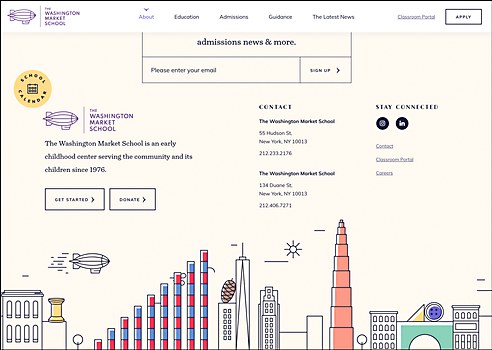 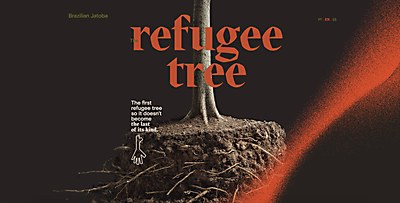 Webpicks / Politics/Social Issues
Refugee Tree
An online call to action by Agência Africa raises awareness of the destruction of the Amazon rainforest through the story of a single tree. 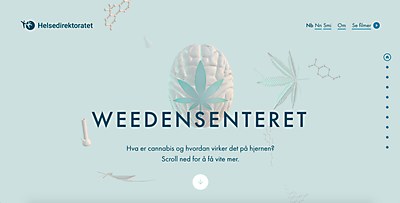 Webpicks / Lifestyle
Weedensenteret
Clean 3-D animations and graphics help break down the nuances of cannabis use on TRY Apt’s site. 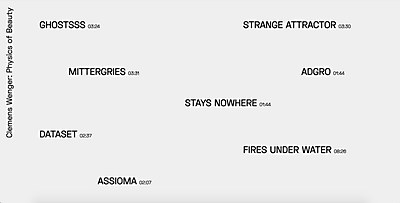