Resn and Droga5’s interactive music video for MailChimp lets visitors peel away layers to see behind the scenes.

In the introduction of the podcast Serial, a Norwegian teenager infamously mispronounced its sponsor MailChimp’s name as “MailKimp.” This, in turn, inspired the e-mail marketing service’s Did You Mean MailChimp? campaign from Wellington, New Zealand–based digital agency Resn and New York City–based ad agency Droga5, featuring an alternate multiverse of sites that aren’t quite MailChimp. This site presents a music video from VeilHymn, a musical collaboration from singer-songwriter Devonté Hynes and guitarist Bryndon Cook. Taking the music video for the song “Hymn”—directed by Malia James and coreographed by Juri Onuki—Resn and Droga5 added an interactive element that enables users to discover what lies “beyond the veil.” When visitors click and hold anywhere on the music video, a CRT TV–like distortion appears and expands, revealing exclusive behind-the-scenes footage from the music video’s Jamaican location. Armed with Web Audio and WebGL, Resn developed a complex system that enabled them to stream, synchronize and mix multiple video and audio tracks together. WebGL also equipped the site with additional effects and seamless transitions.

Initially, the site was launched without declaring its connection to MailChimp’s campaign. “We wanted people to enjoy VeilHymn for what it was—a great musical and interactive experience,” says Justus Smith from Resn. “People could independently find one or two pieces of the campaign and, when their interest was piqued, they could dig a little deeper and discover how they were interrelated and connected to MailChimp. It was exciting to watch the overwhelmingly positive response to VeilHymn, and then see people connect the dots and find their way to MailChimp.” 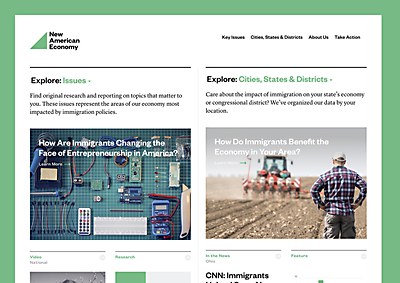