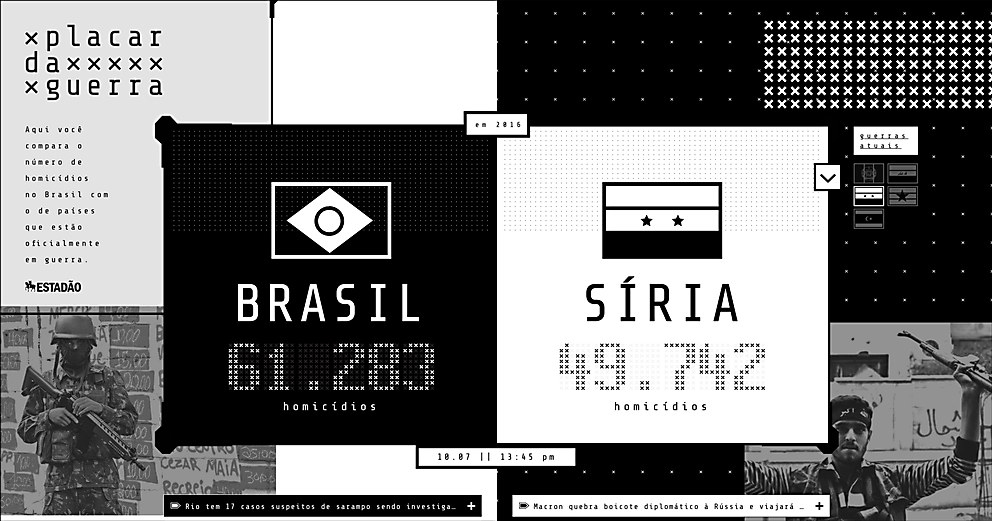 This online project for Brazilian newspaper Estadão alerts users to the reality of the ever-increasing violence in Brazil.

Background: Estadão wanted to alert Brazilian voters to a reality that no one is talking about: the ever-increasing violence in the country. The site idea was to compare the numbers of deaths by violence in Brazil to those of countries officially at war. To do this, we created scoreboards, putting side-by-side the numbers of both Brazil and countries currently at war, like Syria, Iraq and Afghanistan. The shocking part was that Brazil is always in the lead.

Highlights: The site’s design needed to be as impactful as the homicide numbers. We established the X as our main element; it represents a target, death and war trenches. The typography of the numbers was designed from scratch and is entirely formed by the letter X. Black and white colors are used to convey the seriousness of the matter and to the newspaper itself. The art direction, as a whole, is simple, clean and direct—just like the message Estadão wanted to convey.

Challenges: To gather the data and translate it into a simple and beautiful visualization. Through the newspaper database, we collected the numbers of casualties from countries officially at war until 2017. Estadão also had access to the total amount of homicides that took place in Brazil for the last ten years. We put the numbers side by side to show that Brazil—regardless of the size of the territory or population—could easily be considered a country at war.

Favorite details: The art direction was developed very carefully, taking into consideration the serious theme and Estadão’s commitment to information and truth. The x’s and the exclusive typography are also very dear to us.

Navigational structure: We wanted to create a navigation that was as simple and clean as possible. The most important goal of the site was to show the number comparison in a clear manner.

Anything new: We learned a different way to collect and curate data so that it was easily viewed and understood by the general audience. 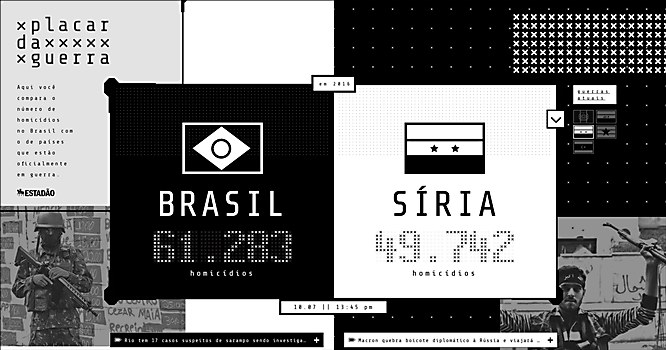 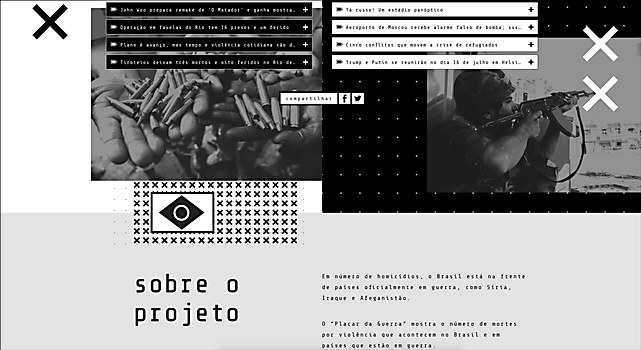 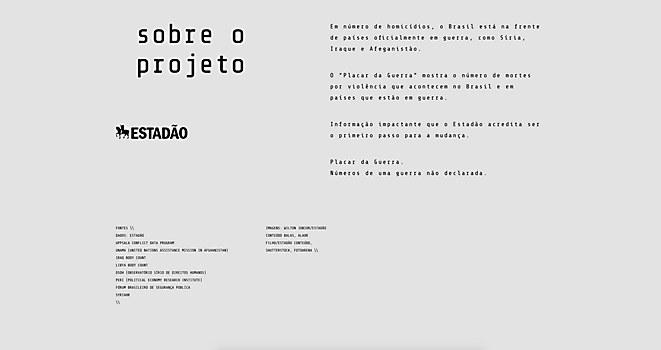 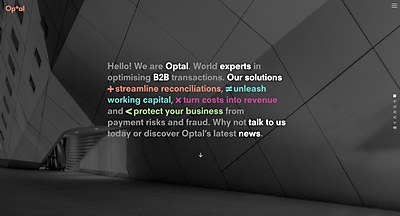 Webpicks / Business
Optal
The new site for this financial services consultancy embodies the core brand DNA of being a brilliant optimizer. 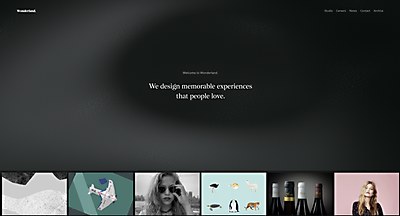 Webpicks / Art/Design
Wonderland
With sparkles sprinkled throughout the site, this experiential design firm invites users to journey to Wonderland. 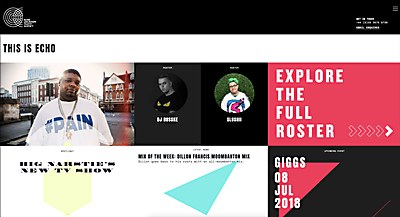