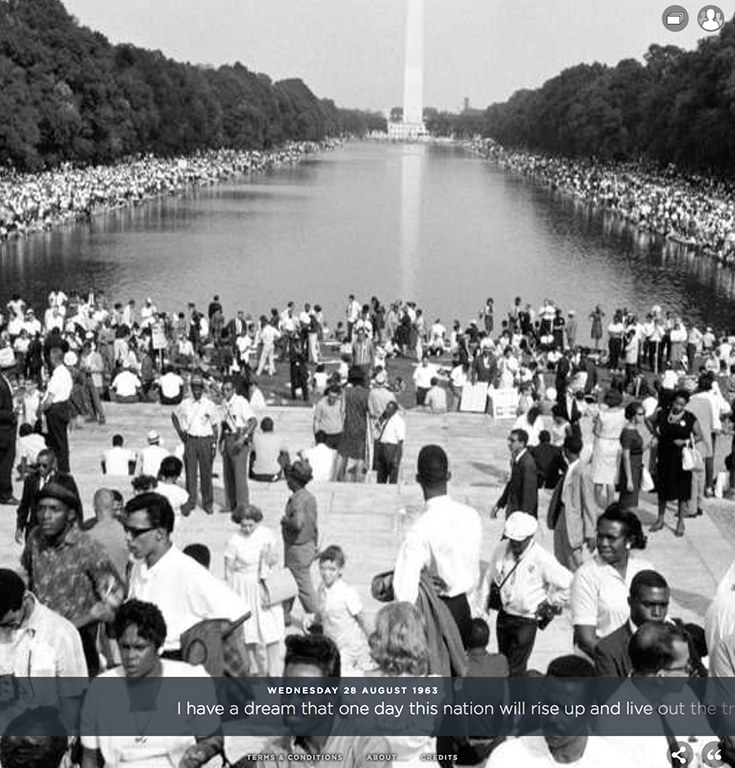 We Are Still Marching

The site by Organic and the National Park Foundation celebrates the 1963 March on Washington.

To celebrate the 50th Anniversary of the 1963 March on Washington, the National Park Foundation worked with digital agency Organic to create an online experience that gives people a real sense of what it was like to be present at that pivotal historical movement. The content on We Are Still Marching merges the old and the new, with over 200 photos—some well known and some that are published here for the first time. Archival news and interviews are paired with contemporary video clips featuring Congressman John Lewis, the last surviving formal speaker from the original march, and Representative Eleanor Norton as well as ten March attendees, including three photographers who covered the event. Two dozen “Then and Now” images layer today’s National Mall in Washington, DC, with the location 50 years ago.

At the centerpiece of the experience is a feature encouraging users to record themselves speaking Dr. Martin Luther King, Jr.’s “I Have a Dream” refrain and submit it to an audio mosaic of other user-generated recordings, a feature enabled by Google Chrome technology. Computers were set up on the National Mall on August 28th, 2013 so the crowds attending the anniversary March could enjoy the combination of new and archival material and learn about the original march as they commemorated it.
www.wearestillmarching.com 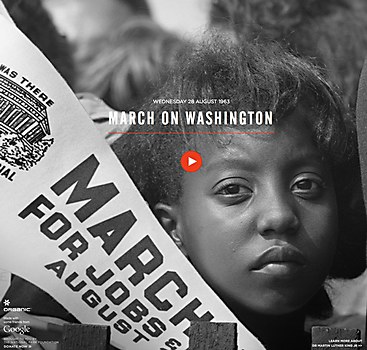 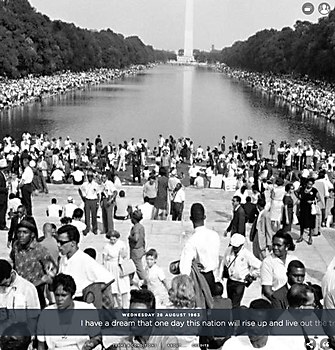 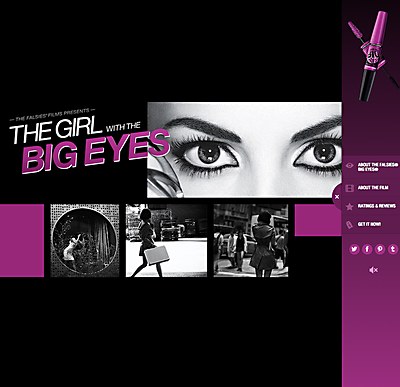 Webpicks / Fashion/Beauty
Maybelline’s Girl with the Big Eyes
An interactive film by Code and Theory for Maybelline follows a spy with hypnotic eyes. 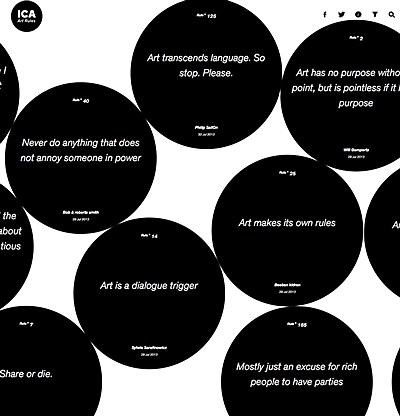 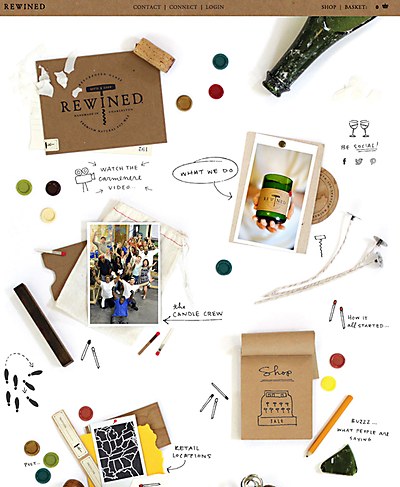