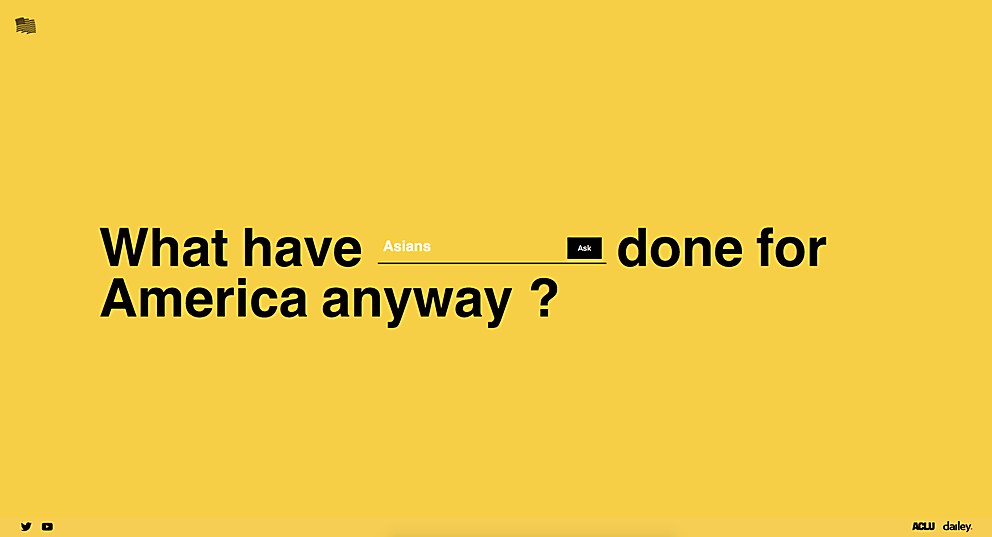 What Diversity Gives Us

Dailey’s in-house project What Diversity Gives Us inspires users to take a look at unrepresented identity groups in a new light.

Background: Every day we’re confronted with unsettling news, from families being separated at the border to the Charlottesville rally. We developed the WhatDiversityGivesUs.com web site to take a stand against these disturbing trends. We wanted to inspire people to look at underrepresented identity groups in a new light and make it clear that the world we live in would not be the same without their countless contributions.

Highlights: We adopted a utilitarian aesthetic because we wanted the site to be raw in its simplicity. The site asks a straightforward question: “What have [blank] done for America anyway?” It answers with curated lists that highlight the contributions of various groups to American culture, science, medicine, technology, arts and entertainment. There is also a link to the American Civil Liberties Union, to encourage visitors to take action and donate.

Challenges: The most labor-intensive part of the site was researching and collecting lists of the contributions from all the disparate groups. It took many months, and we hope to add new groups in the future. Afterwards, we organized the information into a document that could then be transferred to a JSON file.

Favorite details: The simplicity and the rawness of the site not only emphasize the facts, but also forcefully remind us, as a nation, that our strength is our diversity. It’s rare that you see a site that has such a singular, yet bold approach.

Navigational structure: Our goal was to create a responsive site that would be easy to navigate. We developed the design to provide simple yet effective visual cues so using the site would be intuitive. This lets users focus on the substance of the content.

Time constraints: The initial seed was planted soon after Republican congressman Steve King (representing Iowa) responded to a question about the GOP’s identity crisis by saying, “I mean, I’d ask you to go back through history and figure out, where are these contributions that have been made by these other categories of people that you’re talking about? Where did any other subgroup of people contribute more to civilization?” When the narrative of demonizing immigrants continued to build, we accelerated our work on the site. We decided to launch on July 4th to celebrate our values and diversity. 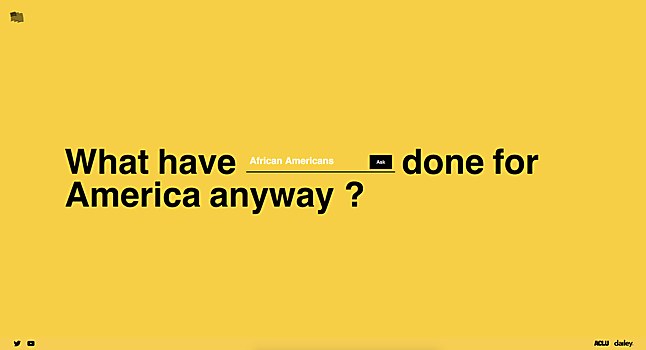 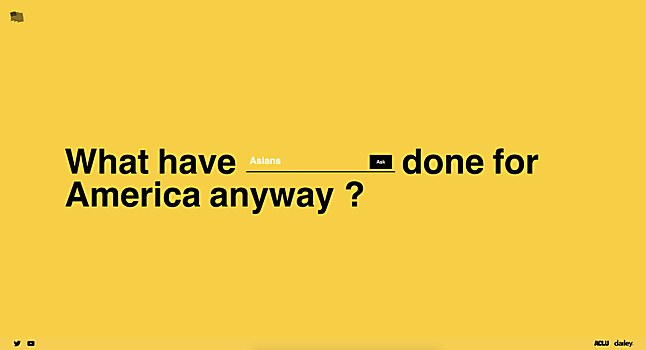 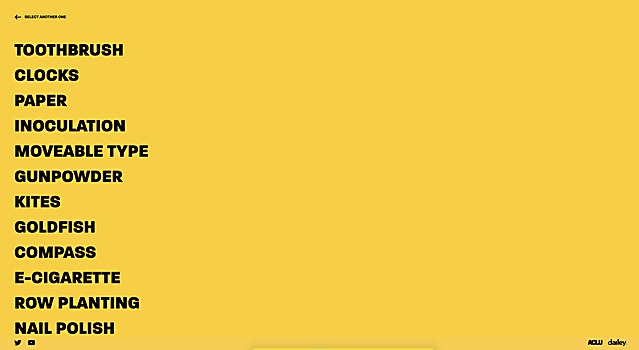 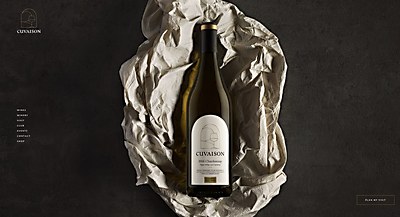 Webpicks / Food/Drink
Cuvaison Winery
The site for Cuvaison Winery stays true to its Napa Valley roots and invites users to share in the experience. 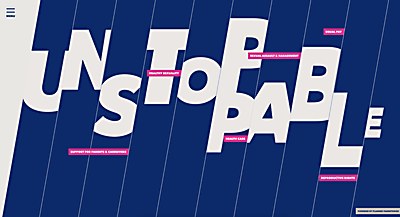 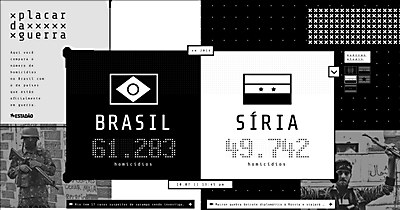